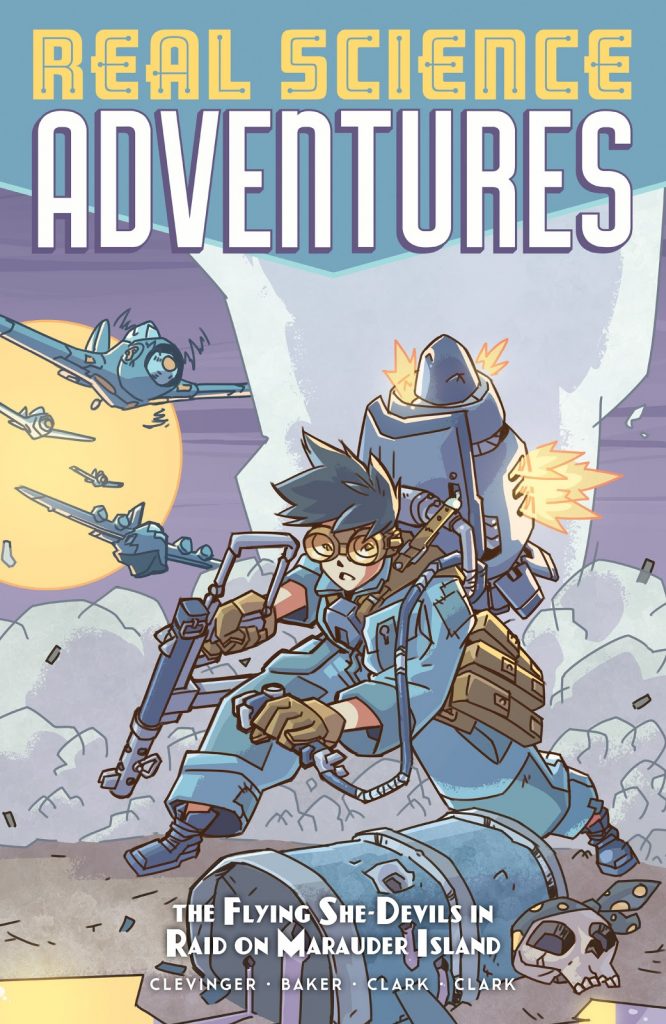 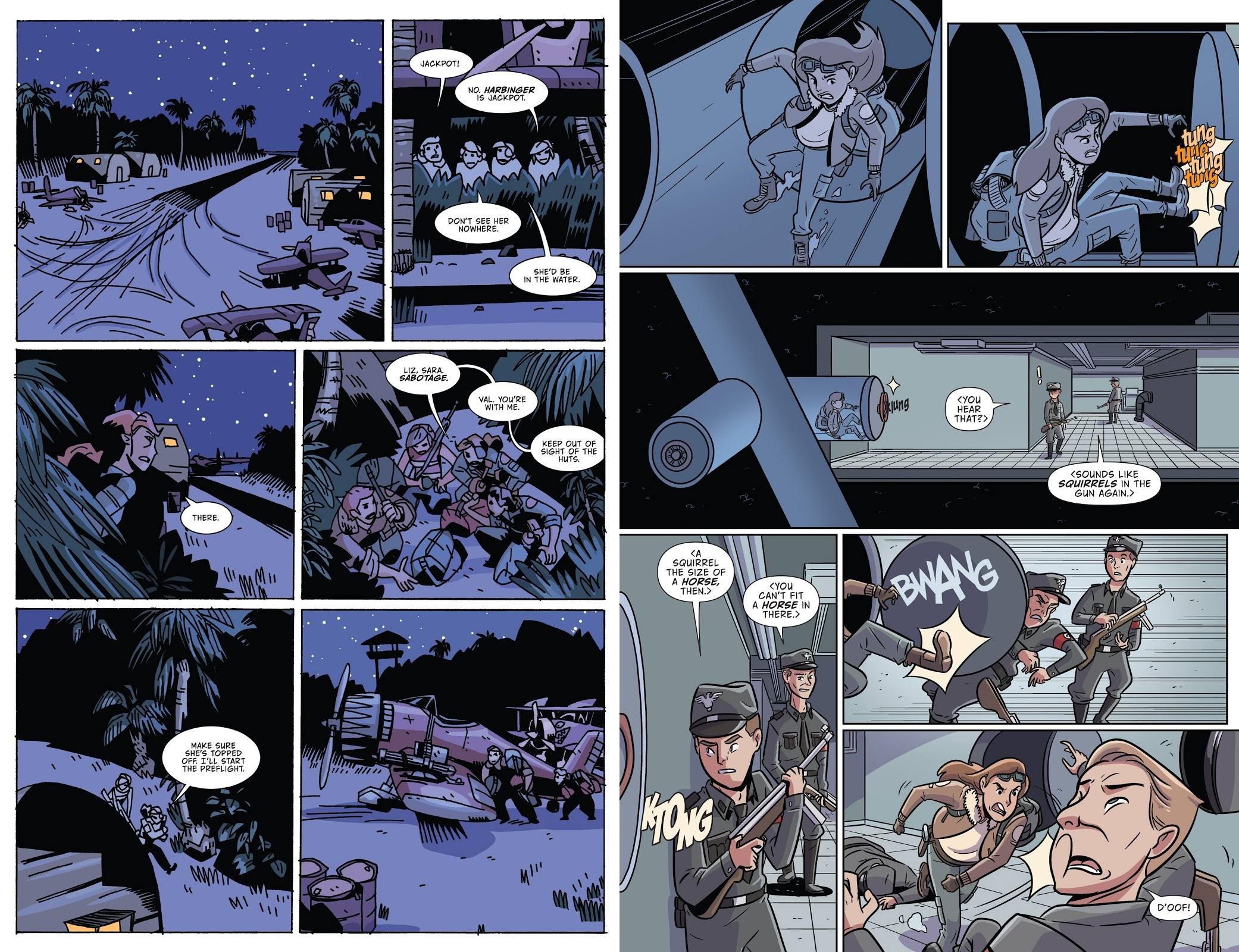 Real Science Adventures combines two stories, both written by Brian Clevinger, and while both owe something to the pulp ethos, they’re different in style and outlook.

There’s not a while lot of context to ‘Raid on Marauder Island’. We’re introduced to She-Devil Island, home to a couple of dozen women who fly planes. One is on the verge of developing a device enabling an individual to fly, but the women are running dangerously short of supplies. Apparently their only solution is to raid Mad Jack’s stronghold of Marauder Island. It’s presumably something that wouldn’t be attempted if there was a local corner shop, but some explanation as to who the women are and how She-Devil Island came to be would have been nice. It’s actually provided at the end, where Clevenger talks about how the She-Devils are his favourite supporting characters from the Atomic Robo series.

Lo Baker’s blocky cartooning elevates a straightforward script of a raid we know isn’t going to go to plan. She supplies an immense amount of detail to the planes and great effort is put into the character design enabling readers to tell the difference between the various women. There’s not quite the same level of exaggeration, but there’s something of Jamie Hewlett’s approach on Tank Girl. A desperate situation is cleverly resolved, but there’s not enough plot to sustain almost a hundred pages of story. Cut back to around half the length it would have hit the spot.

‘Project Millipede’ features the Sparrow, Britain’s first choice for secret missions during World War II. She’s sent to Nazi occupied France to destroy a weapon being developed that could have devastating consequences for Britain’s safety. It’s a more successful plot, a compact action thriller, but still not all it might be. Wook Jin Clark’s cartooning has an attractive surface gloss, with good storytelling and interesting page layouts, but even accounting for the style there are some strange faces and expressions, and some poorly composed bodies. It’s the look of a cartoonist who’ll be very good, but who needed more practice at the time.

Atomic Robo readers may thrill to this solo outing for the supporting cast, but anyone else may take a little more convincing.