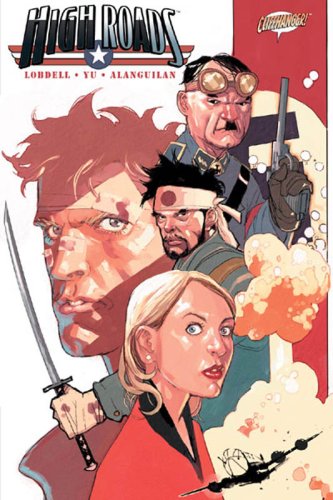 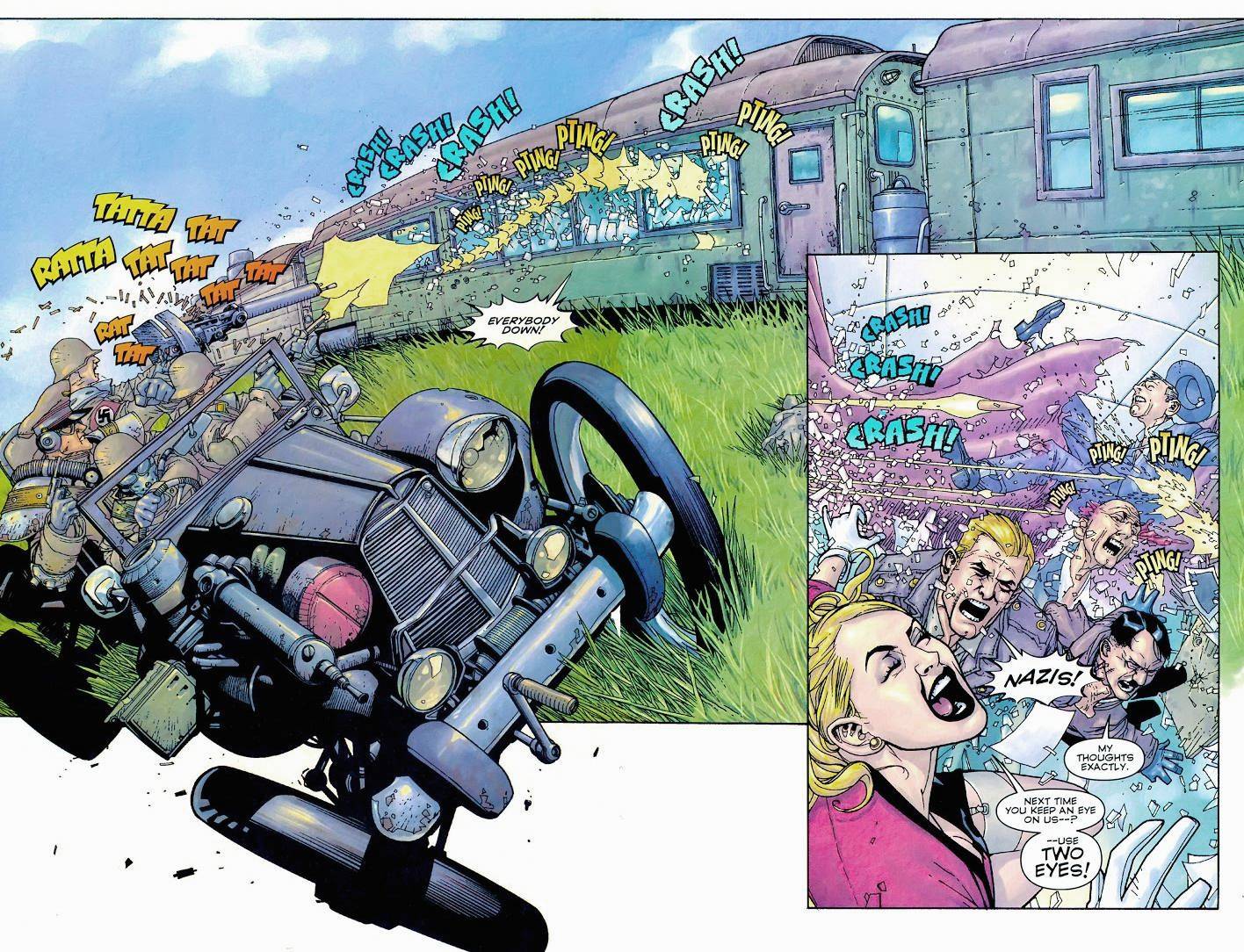 World War II is all-but over in Europe when hayseed G.I. Nicholas Highroad arrives in Paris, where he’s thrilled to bump into short-tempered and exceptionally short of stature British actor Sir Arthur Bombridge. He’s been reduced to parodying Hitler in a stage revue. While Nic is making his thrill known, his buddies have found their way to a brothel where one of the residents is forever telling people Hitler loved her. It’s already annoying her companions. “Zere isn’t a man alive who can think about sex and Hitler at zee same time and still enjoy himself”, she’s told. All that’s before we even get to the Nazi ninjas.

It’s not only the era that Scott Lobdell’s farce echoes, but the American caper movies of the 1940s, stretching the boundaries of credulity as one fantastic set-up segues into another. While Lobdell’s plot is funny, the real star turn is Leinel Francis Yu, in 2003 a relatively unknown quantity in American comics. His art astounds. There’s a poise to everything he draws, whether it be a Mucha pin-up pastiche or an all-out action assault on a Nazi ice fortress carved as a cathedral. Detail can sometimes be a distraction, but it also indicates an artist putting the hours in when dozens of tiny glass splinters from a broken window are seen.

Once he’s united his unlikely leading trio, Lobdell reveals Hitler’s secret treasure and begins ramping up the comic situations. He’s a little too smug with the dialogue in places, breaking the delicate spell as he has bit players comment in-story, and the leading cast are too broadly drawn, but his madcap plot hangs together as it races full pelt from one ridiculous threat to the next. The fun is had, and it’s Yu that actually saves the day.