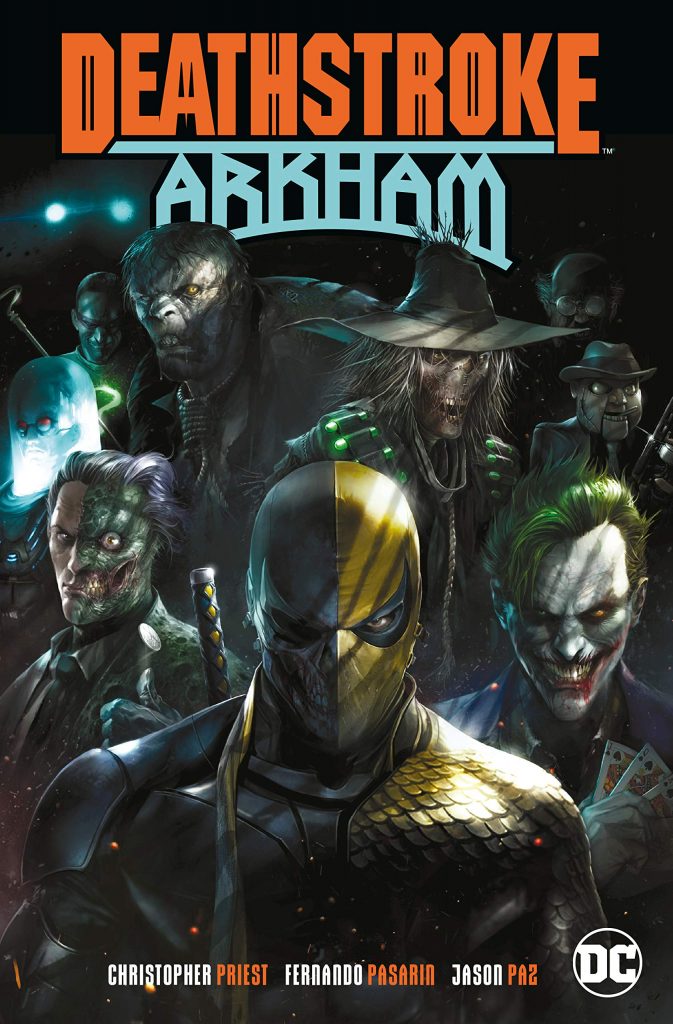 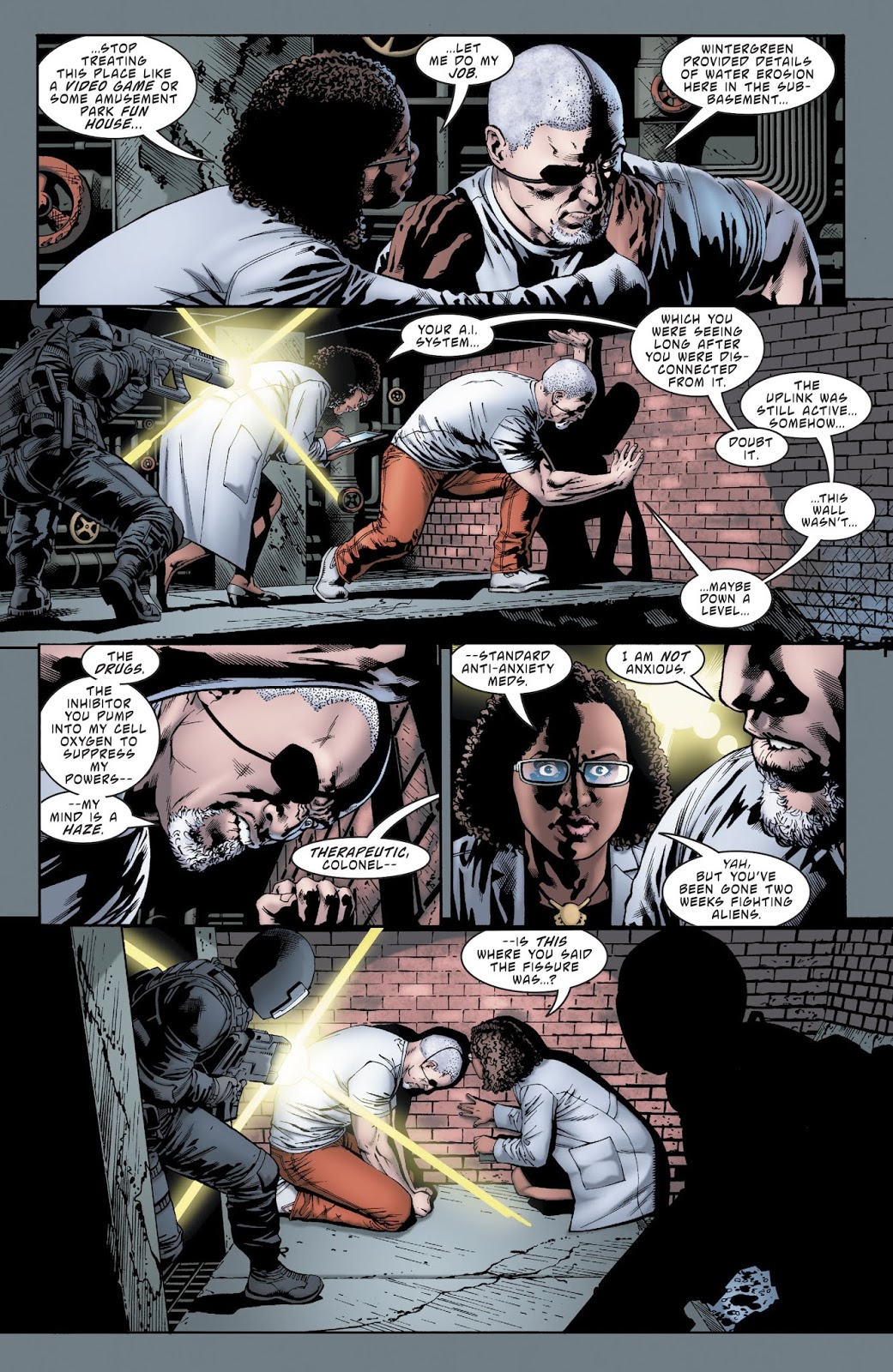 DC have dropped the cover and spine volume numbers for Deathstroke, but this continues directly from the cliffhanger ending supplied for The Fall of Slade, despite the interruption of the past to almost present of Batman vs. Deathstroke. It’s another clever thriller from Christopher Priest.

Identity has been a recurring theme to this Deathstroke run, and Priest returns to that by examining Slade Wilson’s sanity in an insane location. He’s been hearing voices in his head and seeing manifestations of his former advisor Wintergreen. Why is that? And why does the illusion persist after it was revealed? Priest isn’t in any hurry to answer the questions with which he sustains the suspense, so entertains instead, with Slade compelled to participate in virtual reality therapy sessions with other Arkham inmates. They can choose how they appear in this environment, their selections revealing, none more so than Slade in full Deathstroke regalia, so always prepared. There are many surprises to a plot deliberately designed to keep readers off balance, but what comes as the largest of them is Priest not just following the standard path where Arkham is concerned. He takes some time to enlighten as to the USA’s policies concerning mental health problems. It’s brief, but far more than most writers manage when Arkham Asylum is featured.

Ed Benes supplies some great pin-ups of Arkham’s major players, but Fernando Pasarin draws the remainder of Arkham in his ultra-cleat manner, making every page a treat. He also delivers some fine pin-ups of Arkham’s residents, and artist of Batman vs. Deathstroke Carlo Pagulayan also drops by to illustrate the massed ranks of DC’s super villains, which is nice.

One of Batman’s enemies in particular comes to play a large part, and even more than in earlier Deathstroke graphic novels Priest reconstitutes the past, again pulling the rug from under what the scheming plotter has had us believe to be true. As far as Arkham and the messing with minds plots goes, we’ve known all along that there are more than enough candidates capable of that, and so it’s just a matter of patience until Priest reveals which of them it is. He’s running another plot alongside Slade in Arkham, that of his daughter Rose and whether or not her condition indicates she’d be better placed there also. It’s grim, it’s gritty and it’s great.

After a conclusion that ought to meet all expectations, Deathstroke’s continuity merges with the Teen Titans in The Terminus Agenda. Alternatively, Deathstroke by Christopher Priest collects the entirety of Priest’s impressive run in hardcover. 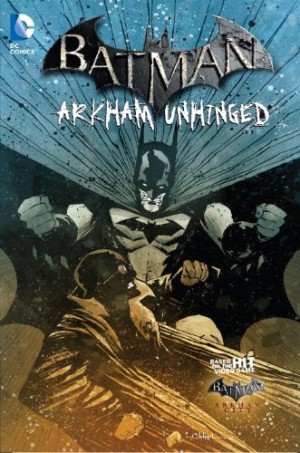