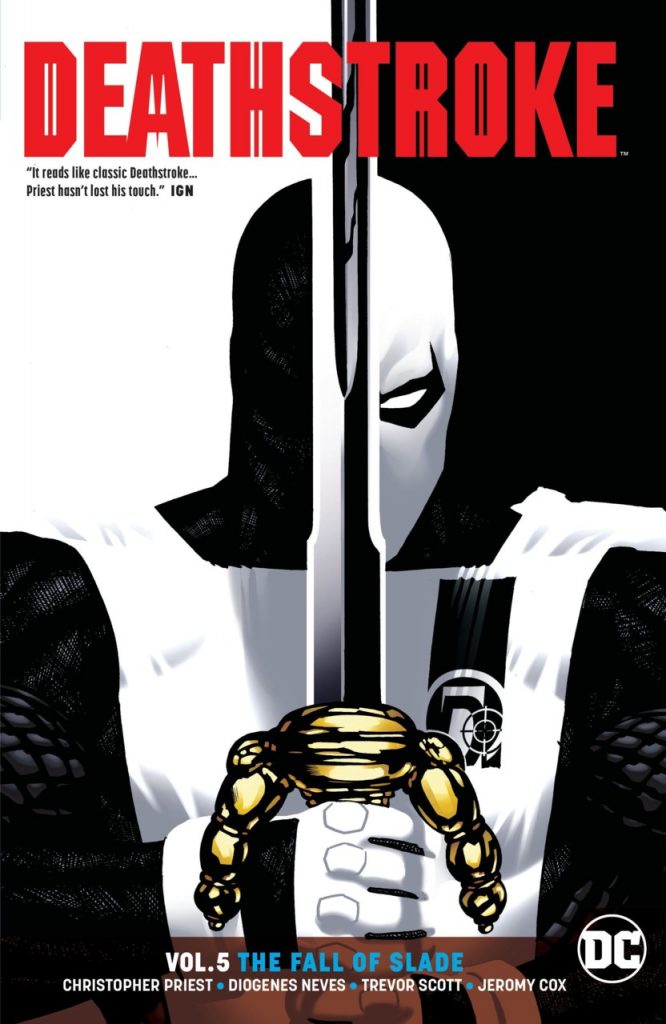 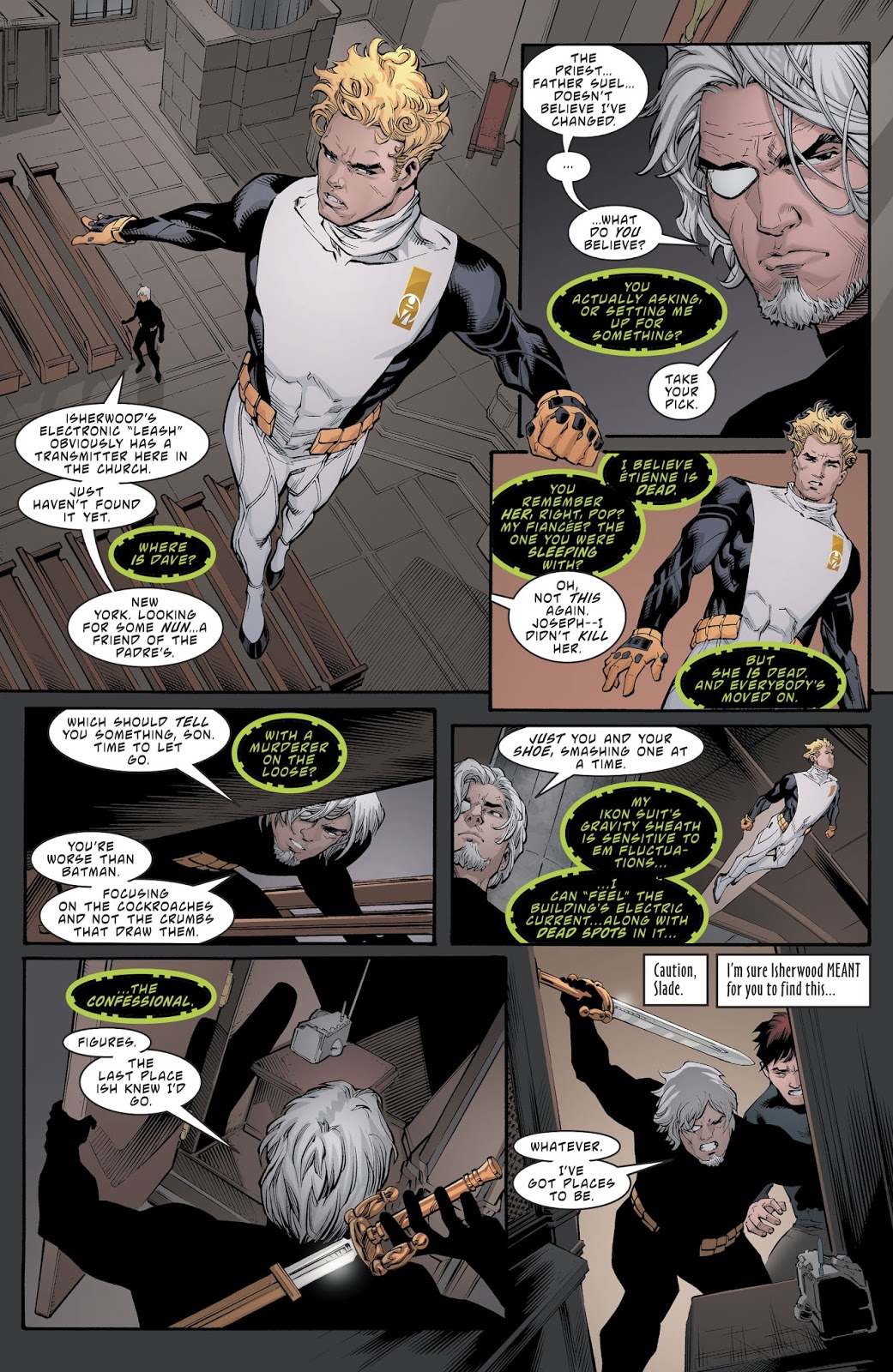 As of Titans: The Lazarus Contract, Slade Wilson has been a reformed man who wants to make amends for previous crimes, but this isn’t via changing his abrasive and secretive personality. Deathstroke will not necessarily work within the law, but he will work on the side of the angels, and he won’t kill. All of this makes him the ideal candidate to be the field leader of a team of US government sponsored heroes, the complication being the person in charge is his former wife who’s already tried to kill him. Defiance began one long story completed here. Again, the way the graphic novels absorb the serialised comics is unsatisfactory, as the opening three chapters (of five) would have been better packaged with the previous book as a full story arc.

Beyond that, Christopher Priest throws a lot into the mix, but for over half this book the fascinating Deathstroke of the opening volumes remains a character submerged into an ensemble cast. Others play roles almost as large as his, and some are barely used beyond a few lines of dialogue for several chapters at a time. It pulls together as a superhero team comic, but as it’s Deathstroke’s name providing the title, there’s a reasonable right to expect more of him.

Thankfully, the conclusion to ‘Defiance’ is a line drawn and for the remainder of the book at least, Priest returning to the more complex style of storytelling that characterised the opening volumes. An ongoing subplot involving potential gang wars in New York’s Chinatown also incorporates other regular cast members, one of them a clever joke on readers only really possible in an illustrated medium, where one person about whom we know little is actually someone we know well. That’s not to say the art by Diogenes Neves is poor. It’s action-packed, cinematic and exactly right for the superhero sequences, and although he’s a good artist and was excellent on a chapter in The Gospel of Slade, Denys Cowan isn’t. He’s professional, but the costumes don’t inspire him, even with Larry Hama laying out his pages and Bill Sienkiewicz inking.

The final two chapters count for a lot, again complex, again innovative and still finding the room to have Deathstroke face off against Super-Man, this time the Chinese version, nicely incorporated. It brings most ongoing plotlines to a satisfactory end, although thankfully isn’t Priest planning to jump ship. Continuity involves a choice here. The mystery set up very nicely in the final pages is actually continued in Arkham, and you can skip straight to it, although that would mean missing an exploration of Deathstroke’s antagonistic relationship with Batman through the years in Batman vs. Deathstroke.

Deathstroke by Christopher Priest collects the entirety of Priest’s impressive run in hardback.