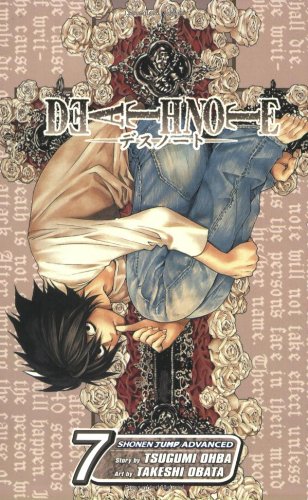 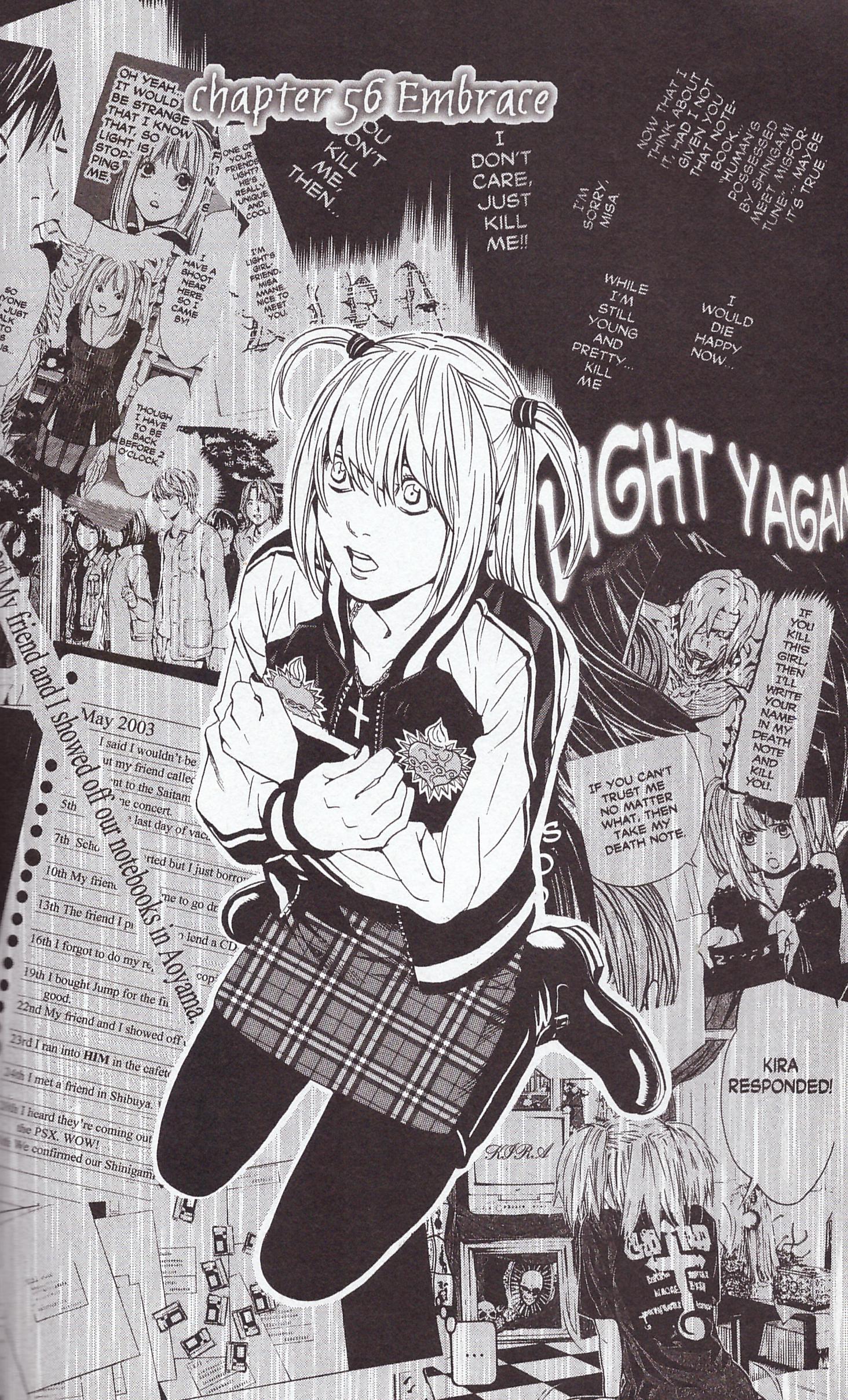 The opening volume of Death Note introduced other-dimensional Death Gods who own notebooks. When a human takes possession of one they only have to write someone’s name in it, and that person will die. From an intriguing starting premise Tsugumi Ohba has continually disclosed further rules governing the use of the notebooks, but these aren’t whimsical additions as, for the time being, almost every piece of information provided has some relevance to the plot.

Book 6 ended with L and his detection squad successfully isolating one human user of a notebook, and their reward is to have the secret of the notebook’s use finally disclosed to them after much speculation. There’s also a secondary event that anyone who’s read this far probably saw coming. Don’t be smug, as Ohga’s slipped pretty well everything else past readers, and there are secrets still to be revealed. They arrive in the next chapter, a black bordered look back into the past, which explains the plan hatched by Light Yagami, a previous notebook owner now working with L, and fills in the reasons for his behaviour over the previous two books. He’s been playing a long game, and it’s complex. For instance “if the person using the note fails to consecutively write names of people to be killed within thirteen days of each other then the user will die”. That has significance in this book.

Ohga has again shifted the ground from under our expectations, and we’ve returned to a period of assorted cast members attempting to second guess each other and possible circumstances in an intensely psychological sequence. A Death-God has taken on a new advisory role, L is given an almost irresistible temptation, Misa once again displays the devotional aspect of her personality and Ohga delivers a shocker at the midway point. However, he’s done his job so well that at the time we don’t know if what happens is genuine or if there’s further subterfuge to be revealed at a later stage. It’s brilliant.

So is artist Takeshi Obata. There’s a need to illustrate a character playing a role, this unknown to their colleagues, but apparent to the audience, and Obata pulls this off masterfully. The penultimate chapter jumps forward four years, but except with those who’ve progressed from children to adults Obata doesn’t bother altering appearances. He’s once again supremely disciplined, with all but the opening and closing chapters taking place in the same location, yet Death Note never drags, and never bores.

The fourth larger sized Black Edition combines this with the next book.