Deadpool: The Circle Chase and Sins of the Past 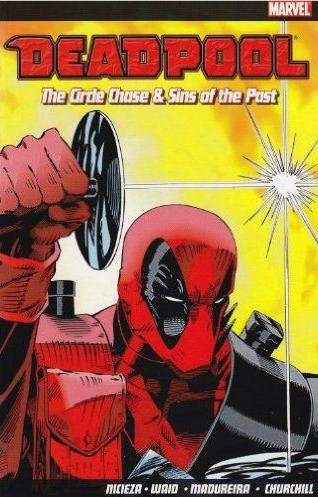 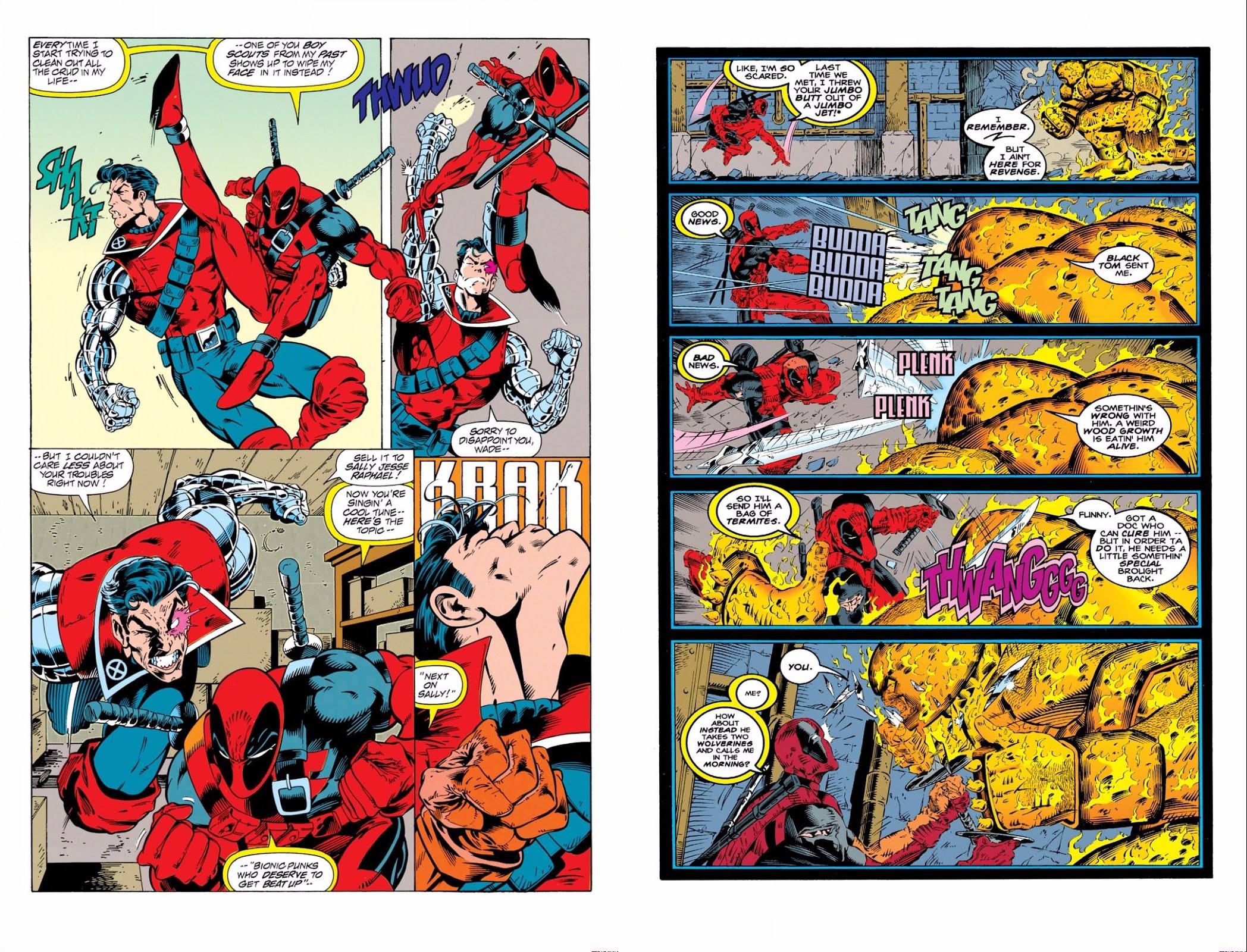 What does it say about comics that bloodthirsty – if stylish – killers and mercenaries make for such popular antagonists? Well, they certainly lead more interesting lives than your average plumber. Deadpool is Wade Wilson a hired killer and survivor of a genetics experiment that has left him capable of regenerating from any wound. Yes, he is a thinly disguised knockoff of DC’s Slade Wilson AKA Terminator: Get over it – DC did, and promptly introduced Harley Quinn.

The wisecracking high-tech “merc with a mouth” was created by Rob Liefeld and Fabian Nicieza and first appeared as another product of the Canadian project that created Wolverine and the second Weapon X. His first shot at stardom was with ‘The Circle Chase’ in 1993.

This fast-paced if extraordinarily cluttered thriller sees Wade pursuing an ultimate weapon as one of a large crowd of mutants and ne’er-do-wells trying to secure the fabled legacy of arms dealer and fugitive from the future Mr. Tolliver. Among the other worthies after the boodle are Black Tom Cassidy and the Juggernaut, the aforementioned Weapon X, shape-shifter Copycat and a host of half-cyborg loons with odd names like Commcast and Slayback. If you can swallow any nausea associated with the dreadful trappings of this low point in Marvel’s tempestuous history, there is a sharp thriller underneath.

The much improved second story from 1994 is the work of Mark Waid with pencil artists Ian Churchill, Lee Weeks and Ken Lashley. ‘Sins of the Past’ revolves around Black Tom and Juggernaut. During the previous yarn it was revealed that the Irish arch-villain was slowly turning into a tree. Desperate to save his life they manipulate Wilson by exploiting the mercenary’s relationship with Siryn (a sonic mutant and Tom’s niece). Believing that Deadpool’s regenerating factor holds a cure, the villains cause a bucket-load of carnage at a time when Wade Wilson is at his lowest ebb. Fast paced, action-packed and full of mutant guest stars, this is a shallow but hugely immensely readable piece of eye-candy.

Both stories are available as part of other collections, the first Deadpool Classic volume, and most recently in the Epic Collection of Deadpool: The Circle Chase.