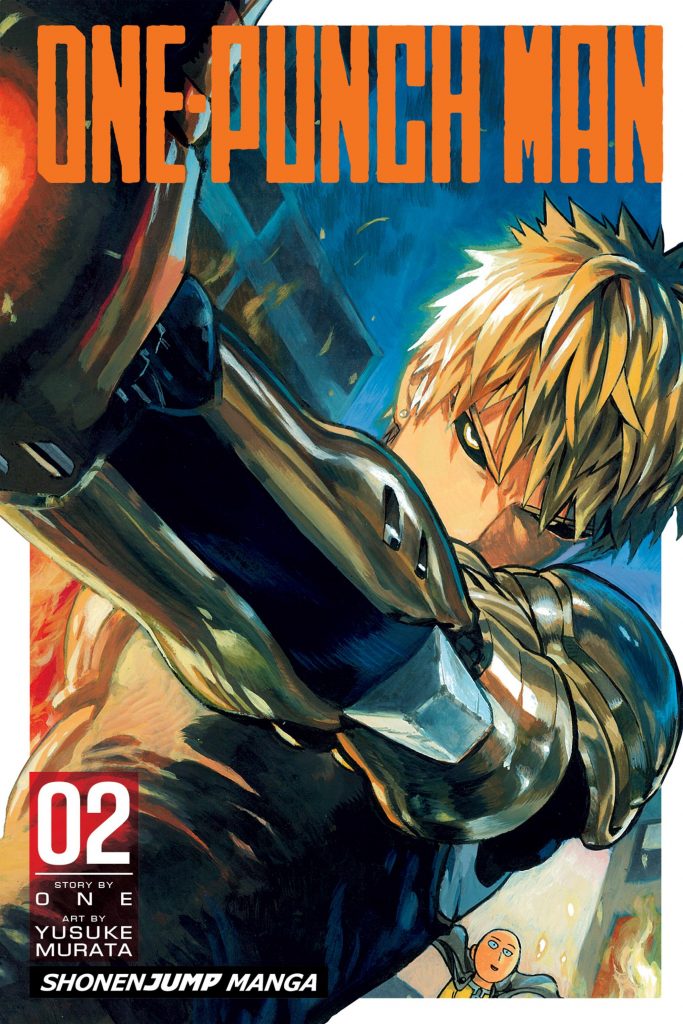 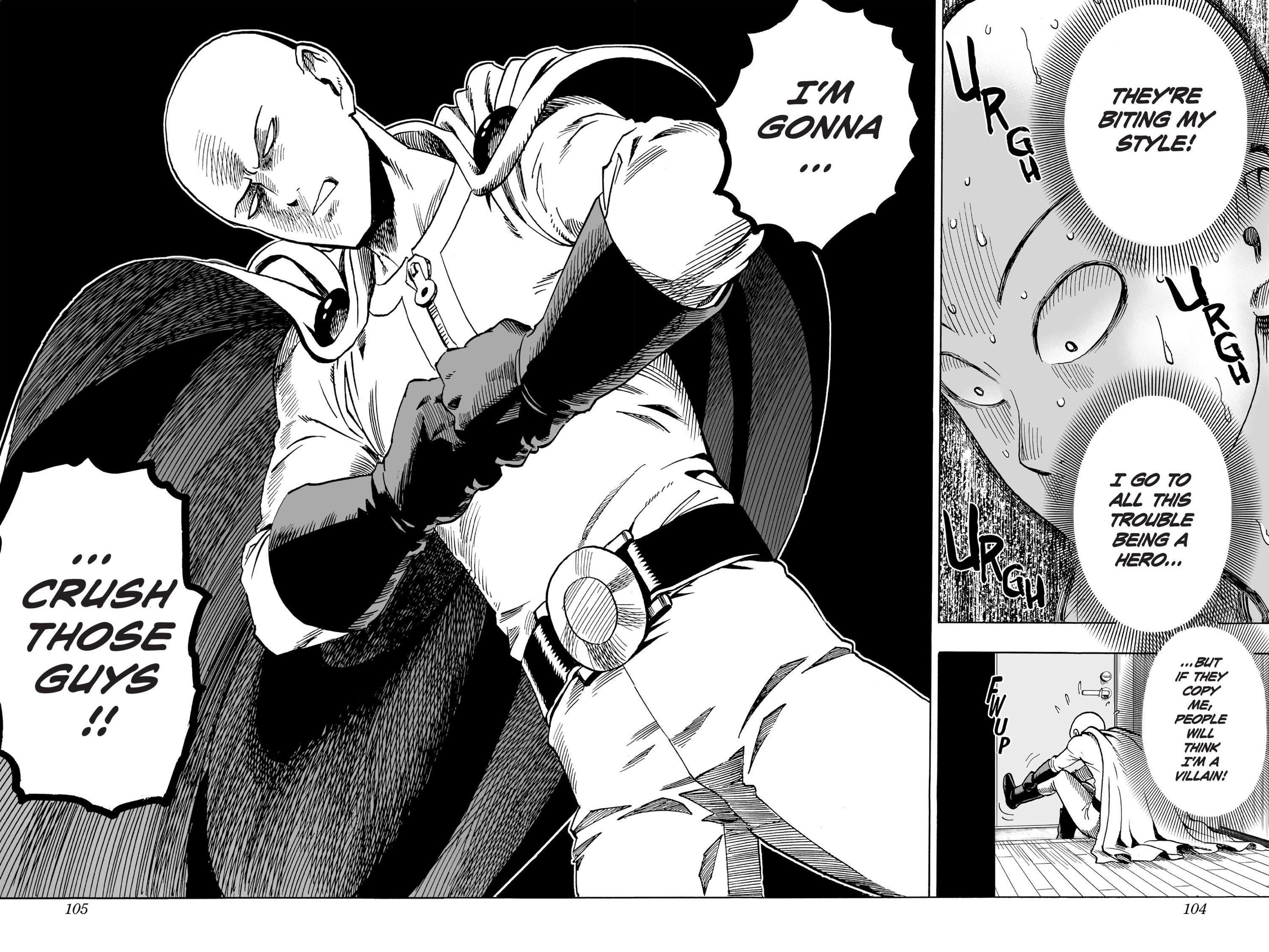 Saitama has a punch so powerful it floors any opponent. He’s bored. Not even the fantastic creatures produced by the House of Evolution can provide a threat, but as the Armoured Gorilla has it, they’re after Saitama’s body to further their research so he has to stop them somehow.

Writer One has a style as compact as his hero’s punch. We learn the fantastic in a single panel with no explanation because that explanation isn’t of relevance to the bigger story. It’s important to reveal that a genius evil scientist could rejuvenate himself when he reached the age of 70, but the method shouldn’t concern us. Noting he managed it establishes his capabilities. The storytelling method, however, reflects One’s constant need to get to the action. Almost everything else is furnished as quickly as possible to service that. The jet pace may seem out of place considering One-Punch Man only needs the single punch, but One is now developing methods of preventing him getting that punch in.

It’s probably just as well One is allied with Yusuke Murata, an artist who revels in brutal massacre every bit as much as he does, and fills the pages with impossible action and creations. Over the first half of the book the threat is the wonderfully named Carnage Kabuto, the ultimate monster created by the House of Evolution, drawn as a steroid monstrosity every bit as fearful as his name. After that the Paradisers come to town, a mob spurred on by jealousy of the rich and led by Hammerhead, who once came out on top when attacked by twenty people. The danger here comes from all Hammerhead’s followers having bald heads. Just like One-Punch Man.

Another way One stretches his plots is by constantly featuring new creations. It’s not Saitama who first faces Hammerhead, but the agile Speed O’Sound Sonic, whose athletic antics occupy two chapters before our hero again appears, and others are dropped in. Best of all, One lays out how you too can become One-Punch Man, detailing the gruelling three year training regime that resulted in his power.

As before, the book ends with a story from the start of Saitama’s career, from the days when he’d only defeated ten monsters and still had hair. Day three hundred of his training, in fact. It’s as joyful and silly as the remainder of the book. Bring on 03.