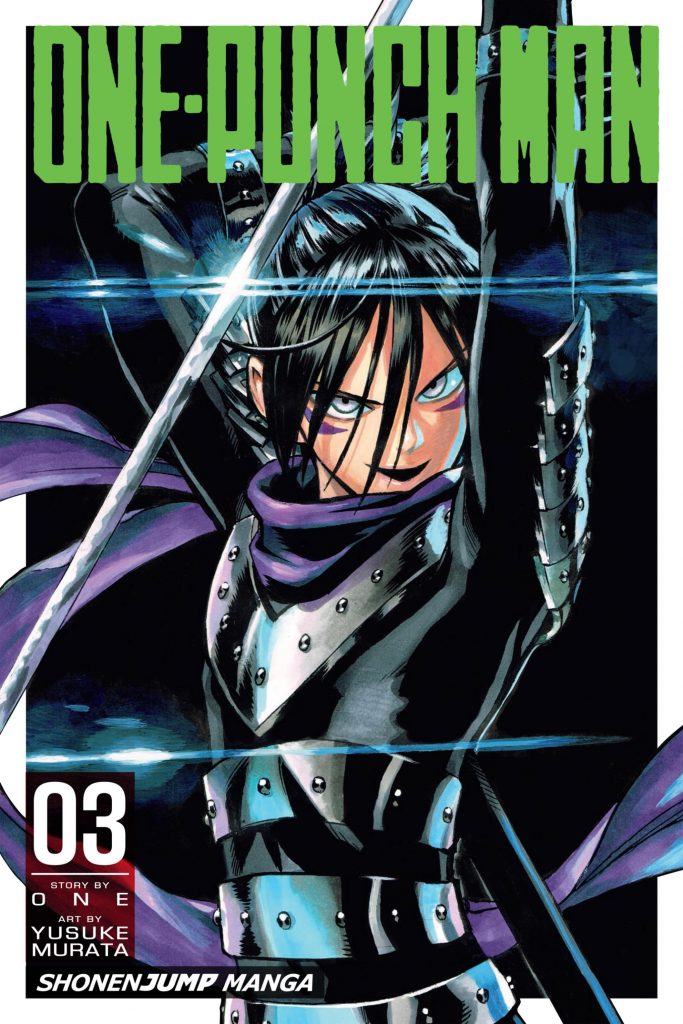 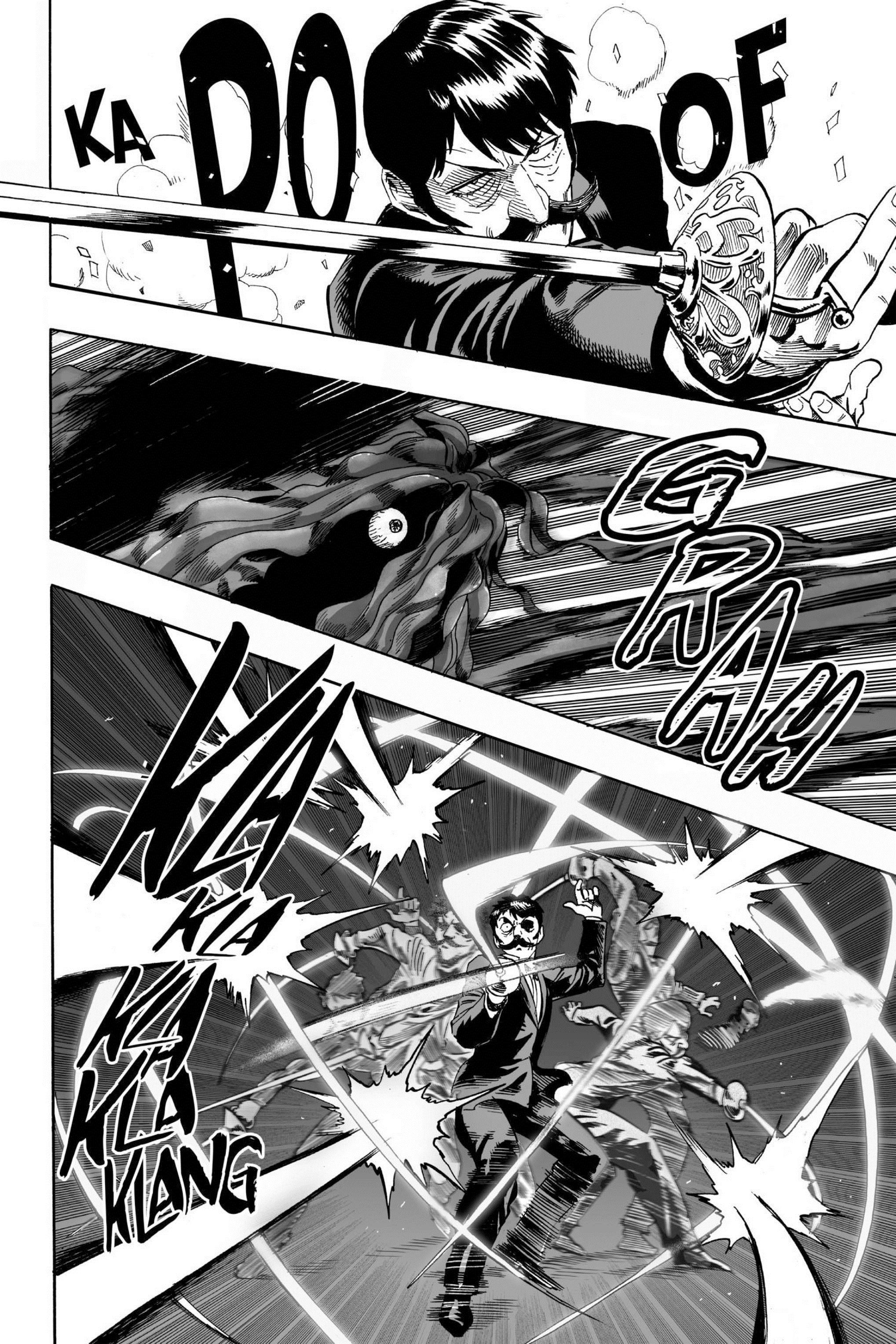 Saitama, the hero for fun, has defeated numerous monsters and evil organisations, yet still remains unknown to the general public while heroes with lesser achievements are renowned. In 02 he discovered this is because he’s not listed in the Hero Association’s register. Time, then, to put that right.

It’s not as simple as it first seems. In order to maintain their standards the Hero Association not only tests each individual, but makes demands of their heroes once classified, and unless there’s regular proof of heroic activity standings fall, with some heroes weeded out altogether. That’s not Saitama’s only problem as Genos the cyborg is still determined to have Saitama train him, and Saitama feels he has very little to offer. It all adds up to being a hero for fun isn’t much fun any more.

One and Yusuke Murata continue their hyperactive blend of action and satire introducing even more ridiculous super-powered characters, all of them now concerned with their Hero Association ranking. The heroes have inventively funny names like Golden Ball, Spring Mustachio (seen on the sample art), and Tank Top Tiger, along with plenty more, yet One classifies his cities from A to Z. As before with Speed O’Sound Sonic, who makes a return, One and Murata turn the spotlight away from Saitama for chapters at a time as we witness other heroes in action. These sequences are part comedy and part a showcase for Murata’s phenomenal, over the top action art. Monsters are slammed several hundred yards down the street and buildings topple, but don’t worry as this is all in the deserted area of City Z.

With this third volume it’s apparent that Murata’s covers are themselves part of a series, each a portrait with no character featured twice in the run, ignoring Saitama’s occasional background appearances. This time it’s Speed O’Sound Sonic profiled.

One-Punch Man has been silly fun right from the start, and with the cast now broadened and a greater infrastructure introduced, volume three is even more fun than previously. When was the last time you read a plot hinged on the hero’s desperate need to find the toilet before heading into action? The delay means we don’t see the full battle with 170 Thousand Year Old Cicada Imago, because other matters occupy 04, but we can be sure Saitama won. This book ends with another bonus look at Saitama’s past, this time in passing as he advises another class B hero. 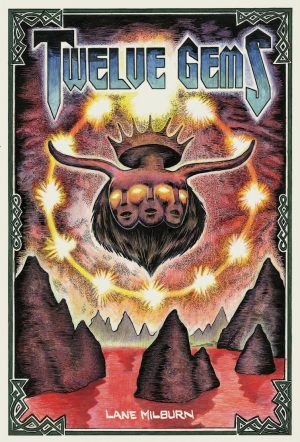