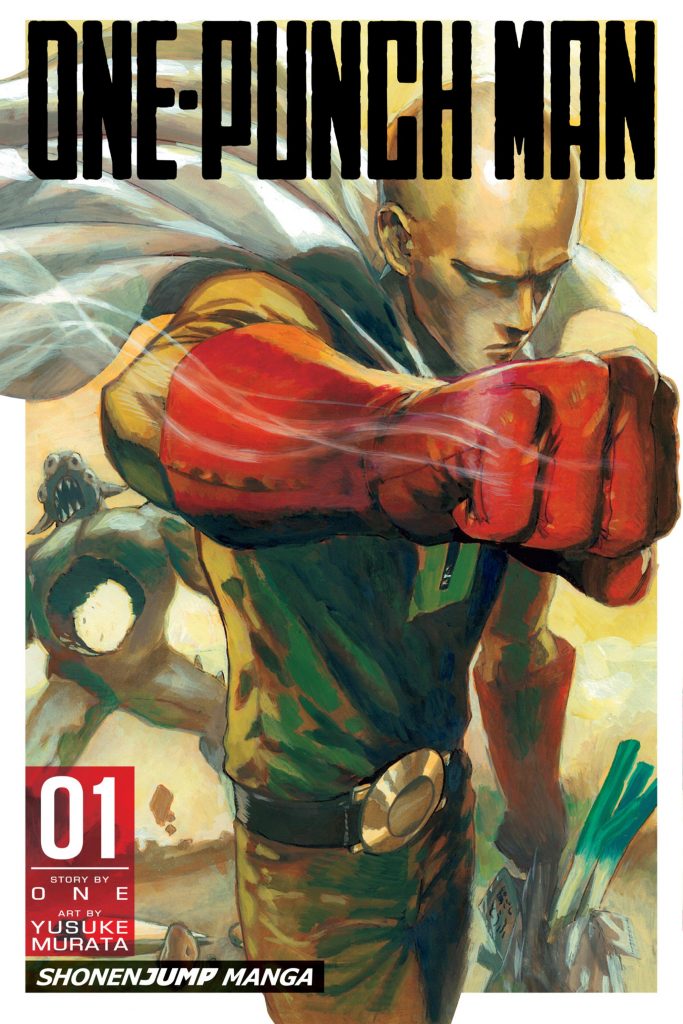 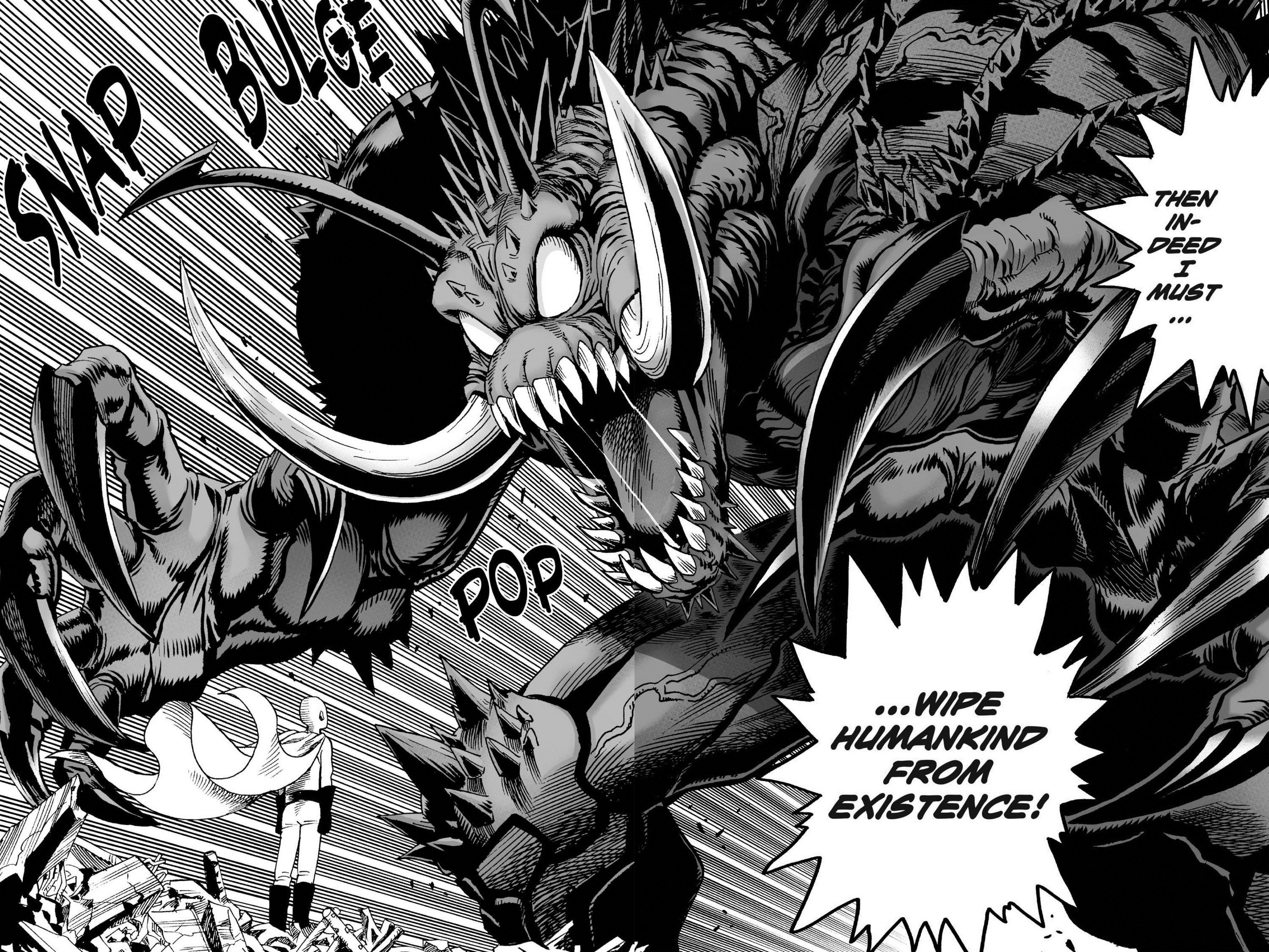 The opening chapter of One–Punch Man is superhero stories reduced to their essence. An alarming threat is established, devastating entire cities, and as seen on Yusuke Murata’s sample art, drawn as a terrifying, slavering monster, yet our hero Saitama, as promised, only requires a single punch to end the problem. It’s compact, it’s superbly drawn, and it’s funny. As the next few outings display, though, one punch can quickly become one note. Stories that repeat the formula would have been equally funny when spaced out during their original web publication, but gathered one after the other rapidly reveals their limitations. By ‘Punch Five’ you’ll be scratching your head wondering how on Earth One–Punch Man has extended to sixteen volumes and counting, but that’s where the series begins to click into place.

To avoid the repetition, writer One first turns to existential angst, Saitama monologuing about the emptiness he feels and how the world hasn’t become a safer place since his career began. He then presents a foe that can’t be beaten with a single punch, and introduces a supporting character, the crime-fighting cyborg Genos, and decides to underline the satire of superhero comics. Genos explaining how he came to be over two pages of dense text is hilarious. Murata draws everything to excess, as he has done from page one, ramping up the devastation and the threats, and it begins to fall into place how One–Punch Man could be a series with legs. With this opening volume the jury’s still out, however. One–Punch Man is high on enthusiasm, has a dry wit about it, and is superbly drawn. The beginnings of expanding the premise are there, and the promise is surely enough to make anyone want to investigate 02.

Before finishing the volume there’s a story of Saitama as a twelve year old at school, featuring all the usual problems, but more importantly noting that Japan has always been beset by monsters. It’s a nice touch, connecting the feature with Japanese cinema history, and more importantly instituting the idea for future stories.

One–Punch Man’s writer prefers to remain anonymous via using the alias One. Perhaps they’ve been outed in Japan, perhaps not, but they’re drawn as male in the cartoons opening each volume and are referred to as ‘he’ on the Wikipedia page, which also quotes Murata referring to One as ‘Mr’. Until proved otherwise, One is referred to as male in the reviews for this series. 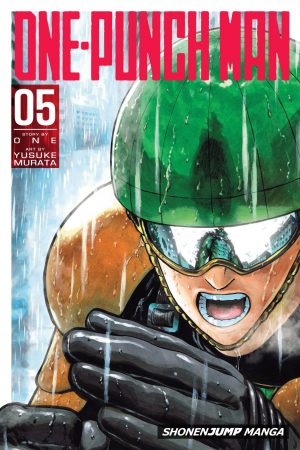