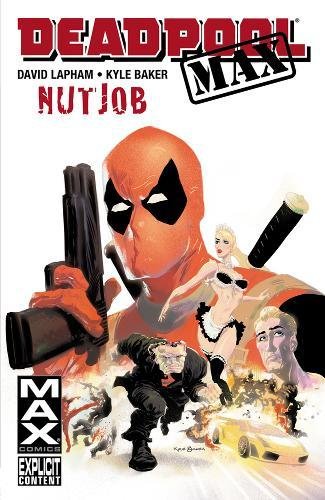 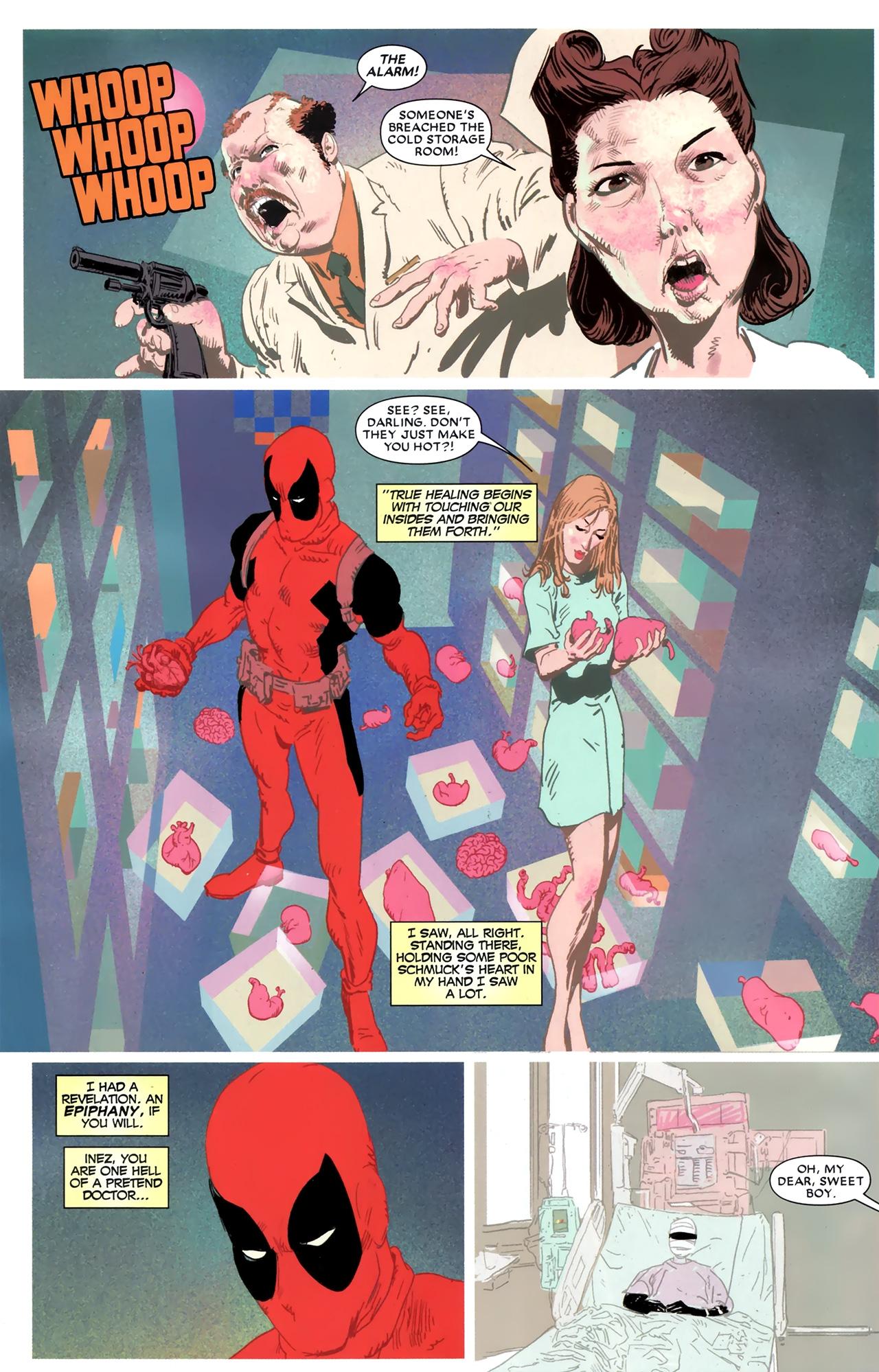 The idea of Deadpool Max, as with other re-imaginings of Marvel superheroes in the Max line, was that more adult content could be included. It’s rather a con job across the line,  in practice resulting in a few boobs, a few swear words and more explicit violence. ‘Adult’ in one sense of the world, yet juvenile by any other standards. Here there’s a torrent of potty mouth, true to the way gangsters would speak, but under the humour Lapham uses other adult content to conduct a psychological exploration, and not just of Deadpool. On the surface, however, there’s little difference in tone and content between Nut Job and the better standard Deadpool material. Well, give or take a couple of decapitations, anyway. It’s wild, it’s funny, and it’s suspenseful.

David Lapham’s plot unfurls in an elegantly disjointed fashion, dotting across time from the present back into the recent past, and heavily featuring Hydra Bob, so named because he once worked for would be global rulers Hydra. Or at least that’s the case in other Deadpool material. Here the waters are a little muddier, and possibly confused due to Deadpool’s constant delusional status and Bob’s necessity to manipulate that. He and Deadpool’s opening task is to infiltrate the headquarters of Maggia kingpin Hammerhead to take his organisation down, after which each chapter wends its hilarious way united only by the indignities Bob suffers. Along the way we have several glimpses into the youth of Wade Wilson, into what formed Deadpool.

Kyle Baker’s cartooning is great, but possibly won’t be to all tastes. Hammerhead is certainly imposing, but with his features reconfigured as if a victim of acromegaly, and a similarly exaggerated look is applied throughout the cast. It is, however, very good, loose and sketchy yet delivering personality in spades, with the added fun of spotting the One Flew Over the Cuckoo’s Nest caricatures. Baker is experimental with his colour work, which for scenes set in Deadpool’s past is added without black outline in vivid shades.

As well as the Maggia, Deadpool deals with Ku Klux Klan, a child trafficker, a terrorist and other extremely unsavoury specimens all worthy of ending their lives on Deadpool’s swords. Lapham further includes other mercenary sorts and ends with a surprise leading into Involuntary Armageddon. 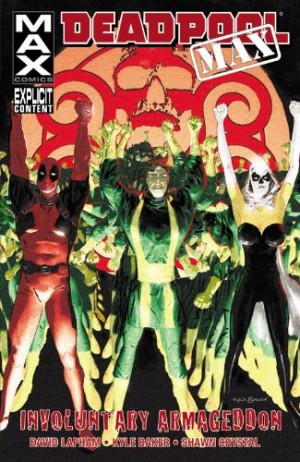 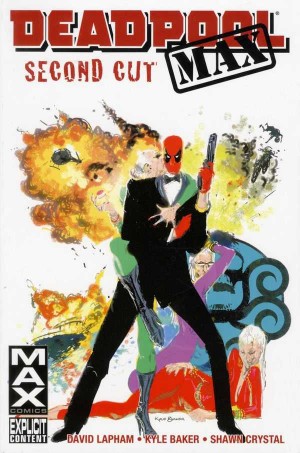