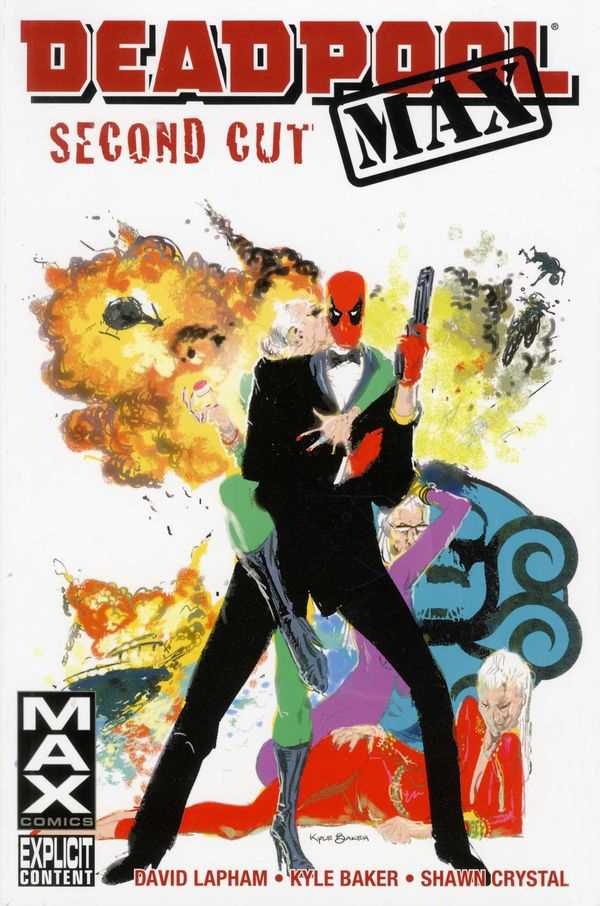 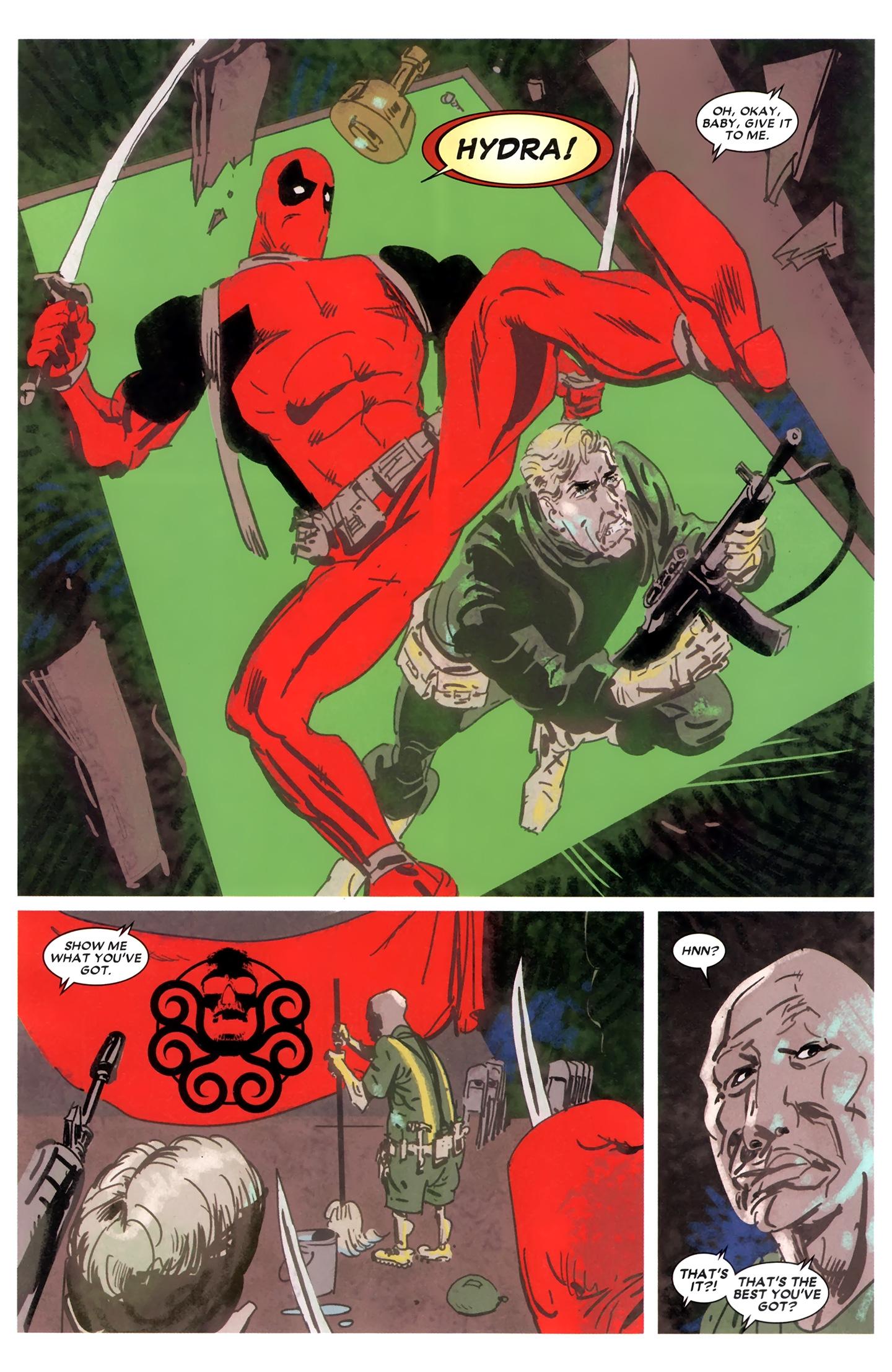 The team of Deadpool and Hydra Bob are back for one final madcap adventure by David Lapham and Kyle Baker, and anyone who enjoyed their previous outings Nut Job and Involuntary Armageddon will derive full value from Second Cut.

Unlike the episodic work on the previous two graphic novels Lapham structures his plot over the entire six chapters. There’s a big conspiracy afoot, most of the players have been seen previously, and Deadpool’s going to get to the bottom of it, but first there’s a monkey to save. Hydra Bob also has a big problem as the authorities believe he’s the mastermind behind the current incarnation of Hydra, responsible for several atrocities, when in fact the guilty party is the  Taskmaster. Of course, the plot’s not the point, which is just as well given the finger-pointing conclusion. The plot’s the mechanism by which Lapham stitches together his hilarious and utterly preposterous scenarios. He’s very good at this, and considering for Deadpool to work as a character he needs a formless unpredictability it takes a very individual mind to ensure this happens.

An effective look and visual joke that Baker devised for Deadpool was wrapping him in bandages with only the distinctive black eyes surrounded by red visible beneath. As Hydra Bob is now in desperate need of an effective disguise, the joke is extended to cover him also. That’s possibly the least of the indignities he endures under Lapham’s perverse control, with Baker’s exaggerated depictions also piling on the humiliation. He’s not the only one. The only substantive newcomers to a cast already introduced are a slimy TV preacher who parlays personal disaster into profit, and Agent X, an assassin with a greater grasp on sanity than Deadpool.

For all his skill as an artist, it’s a shame to see Lapham himself illustrating the final chapter (and Shawn Crystal one earlier) as the consistency of Baker’s excellent approach would have been preferable. Most won’t care, however, as taken in its entirety Second Cut offers the full dose of wacky Deadpool entertainment.