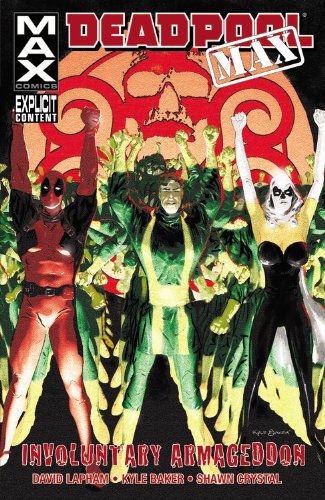 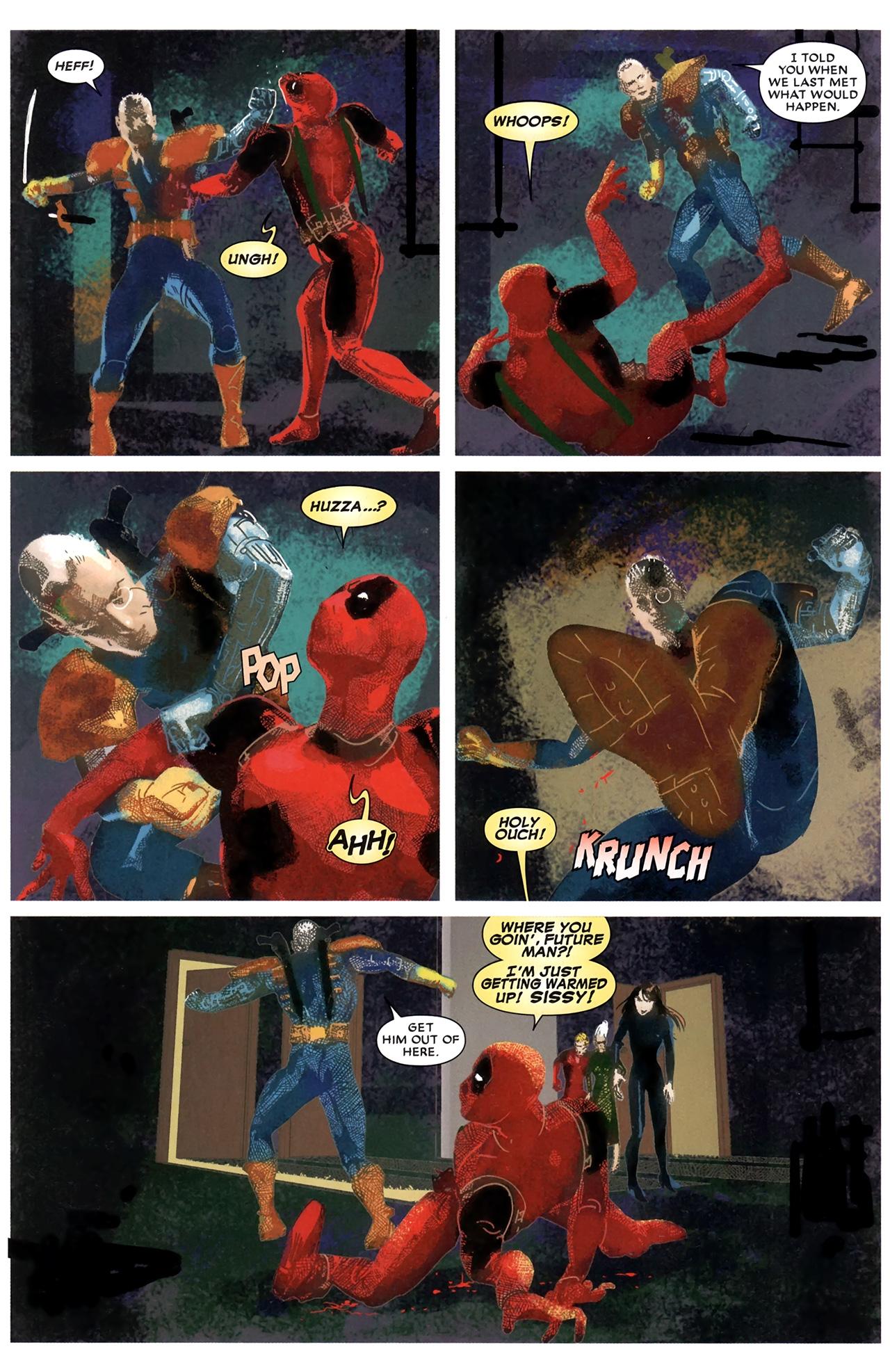 It was never going to last, was it? The domestic bliss and harmony that Deadpool seemingly found at the end of Nut Job was never going to form the basis of a long term direction for the series, and David Lapham definitively sticks the knife in and guts the idea in a surreal opening chapter.

As with Nut Job, Lapham takes an even more bizarre approach to Deadpool than had been seen to that point in his career. Central to this is Hydra Bob, who may or may not still be a member of Hydra reporting to a CIA commander, who may or may not have been kidnapped. See, that’s the beauty of Lapham’s Deadpool. Everything is up in the air, no-one has any real idea of what’s going on apart from Lapham, yet it’s very entertaining. Rather than reporting that he’s lost control of Deadpool to his handler for fear of the possible consequences, Hydra Bob comes to the insane conclusion that best course of action is to impersonate Deadpool. That goes as well as anyone other than Hydra Bob might have predicted.

Kyle Baker is once again excellent in depicting the sheer insanity of Deadpool’s world. He’s an old hand at comedy so knows exactly when to have his characters in effect mug for the camera, and when a scene should be played straight with the narrative captions and dialogue supplying the comedy. He was well ahead of the game with regard to the use of digital effects in the early years of the 21st century, but this wasn’t an excuse for idle coasting. The cast are superimposed on fully detailed backgrounds, so when a couple of them are sprinting through the streets of Bangkok the reality is there. Shawn Crystal, who’d later draw a lot more Deadpool is an awkward intruder at the party for his one chapter. His is good cartooning and right for Deadpool’s world, but just not when its inserted in the middle of anther very distinctive artist’s run.

So what about that involuntary armageddon of the title? Well, after detours including Deadpool’s return to his childhood orphanage, we get to that in the final chapter. Throughout the book Lapham has assorted parties figure they’re in control, and manipulating everyone else. But what if they’re not? ‘Convoluted’ doesn’t begin to describe the assorted machinations, but it does all make sense in the end. Or as much sense as Deadpool ever makes. The most important aspect is that it’s fun. A lot of fun.

A third dose of Lapham and Baker’s Deadpool can be found in Second Cut.