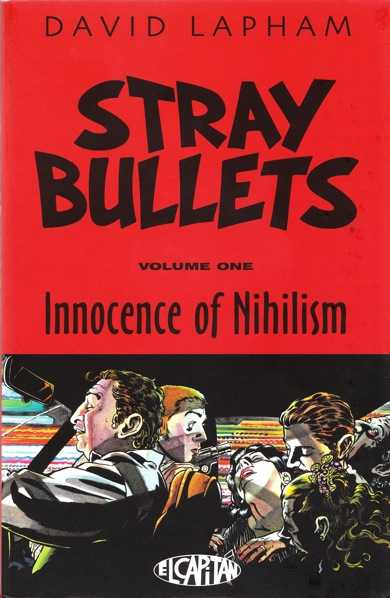 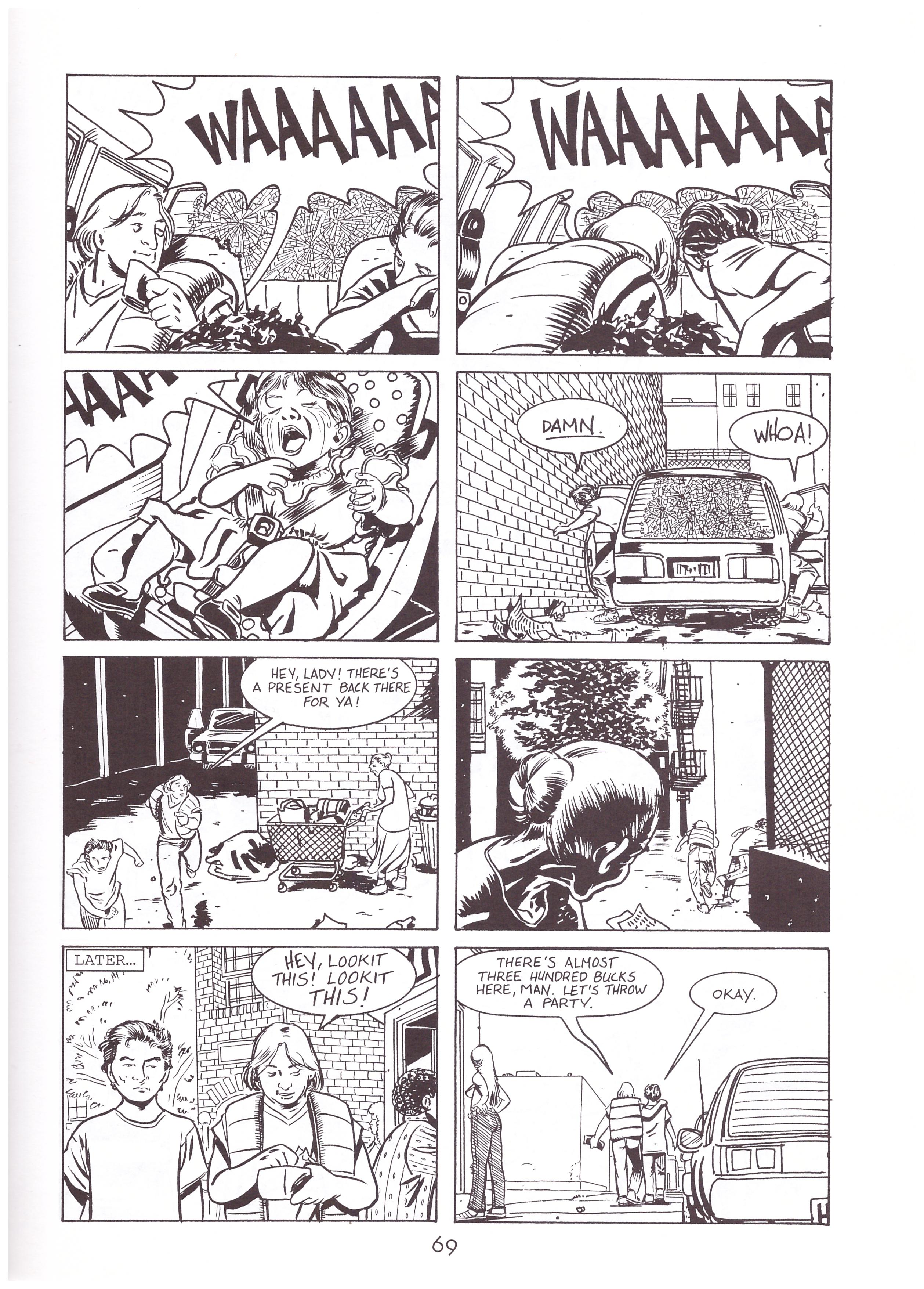 Stray Bullets ranks among the finest graphic novel crime series, and what makes it all the more remarkable is that its creator David Lapham produced such assured material with only a brief career illustrating genre comics beforehand. There’s an amazing confidence over these opening seven chapters, both in terms of the writing and the artwork, with the storytelling capabilities astonishing.

This isn’t a series that discloses its secrets easily, yet every individual chapter is a perfectly paced mini crime drama, often gruesomely violent, the connections not apparent, and able to encompass exotic deviations. Stray Bullets was constructed from the start to accommodate this, as Lapham deliberately switches from character to character and from one time to another, the first three stories taking place respectively in 1997, 1977, and 1980. The sixth chapter is what appears to be a completely unrelated story of Amy Racecar in science-fiction adventures with a cameo appearance from Lapham as God. Over time, and as the series continues, connections become clearer, and the fates of those we’ve seen in the past are revealed in the present day.

Lapham’s art is spectacular and understated. His use of black ink provides a constant reminder of the overall darkness to his stories, while he rarely departs from a grid of eight uniform sized panels to a page, almost storyboarding events. Discounting splash pages, he denies the grid less than once per chapter averaged out over this collection. His characters are distinctively designed, dressed in clothes that move with them, and his viewpoints meticulously chosen. The influences sometimes shine through (Alex Toth, José Muñoz, some Jaime Hernandez), but it bears repeating again that this quality from a relatively unknown creator so near the start of his career is once a generation.

If the art was a revelation, it’s even more remarkable that the writing matches it all the way. There’s a beautiful precision about Lapham’s plotting, and he has a fine ear for authentic dialogue, both for sequences in the past and those set in the present day. Within the crime genre Lapham’s stories are greatly varied. The opener is the classic caper gone wrong. Frank and Joey have to dispose of a body. What begins as a simple, if unsavoury, task escalates to astonishing proportions. It’s the type of plot you could imagine Quentin Tarantino conceiving in his bleakly comedic fashion. The 1977 story introduces Ginny Applejack, then a very young girl, who’d grow into the series’ most memorable character, and over three stories Lapham presents the circumstances that shape her outlook on life. If anything her début is more horrific than the opener as it concerns a child unjustifiably demonised with no real understanding of her circumstances. The 1980 piece begins to entwine the cast in what seems a lesser, if sordid, tale until the spectacular pay-off, and the fourth chapter returns to Ginny a tension perpetuated by her ignorance of the danger she’s putting herself in. The remainder? Equally good.

The connecting threads are more easily absorbed in this larger collection than they were in the previously issued four chapter volumes, but that’s nothing to become hung up about. Each individual chapter can stand alone as a fine sample of crime drama, and whimsically, each includes the phrase “Cool beans”.

If found at anything approaching cover price, a better buy is the 1996 hardcover, which features the entire strip content in a larger format, plus forty pages of explanatory text and illustration. The same applies to the next volume, Somewhere Out West. Both are also within the massive paperback Stray Bullets Uber Alles Edition along with the following four collections. 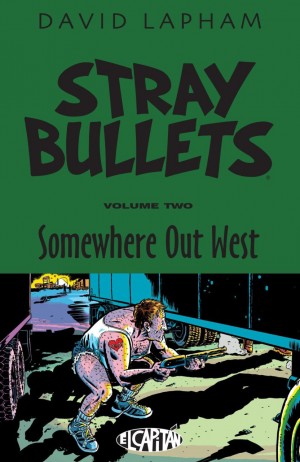 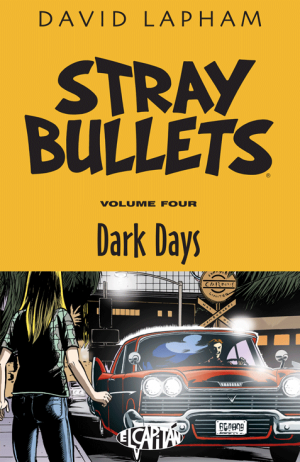 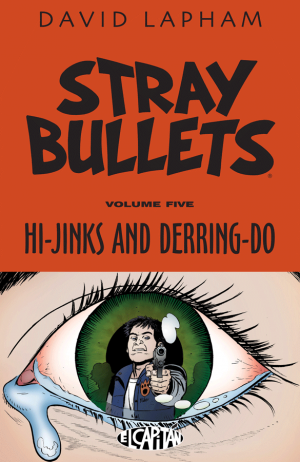