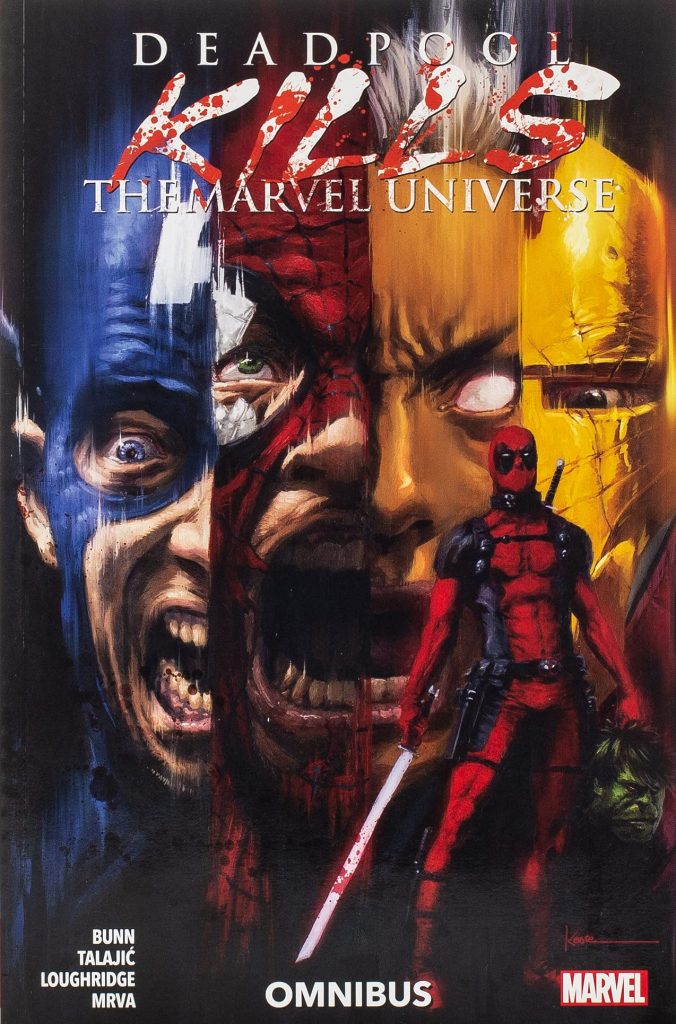 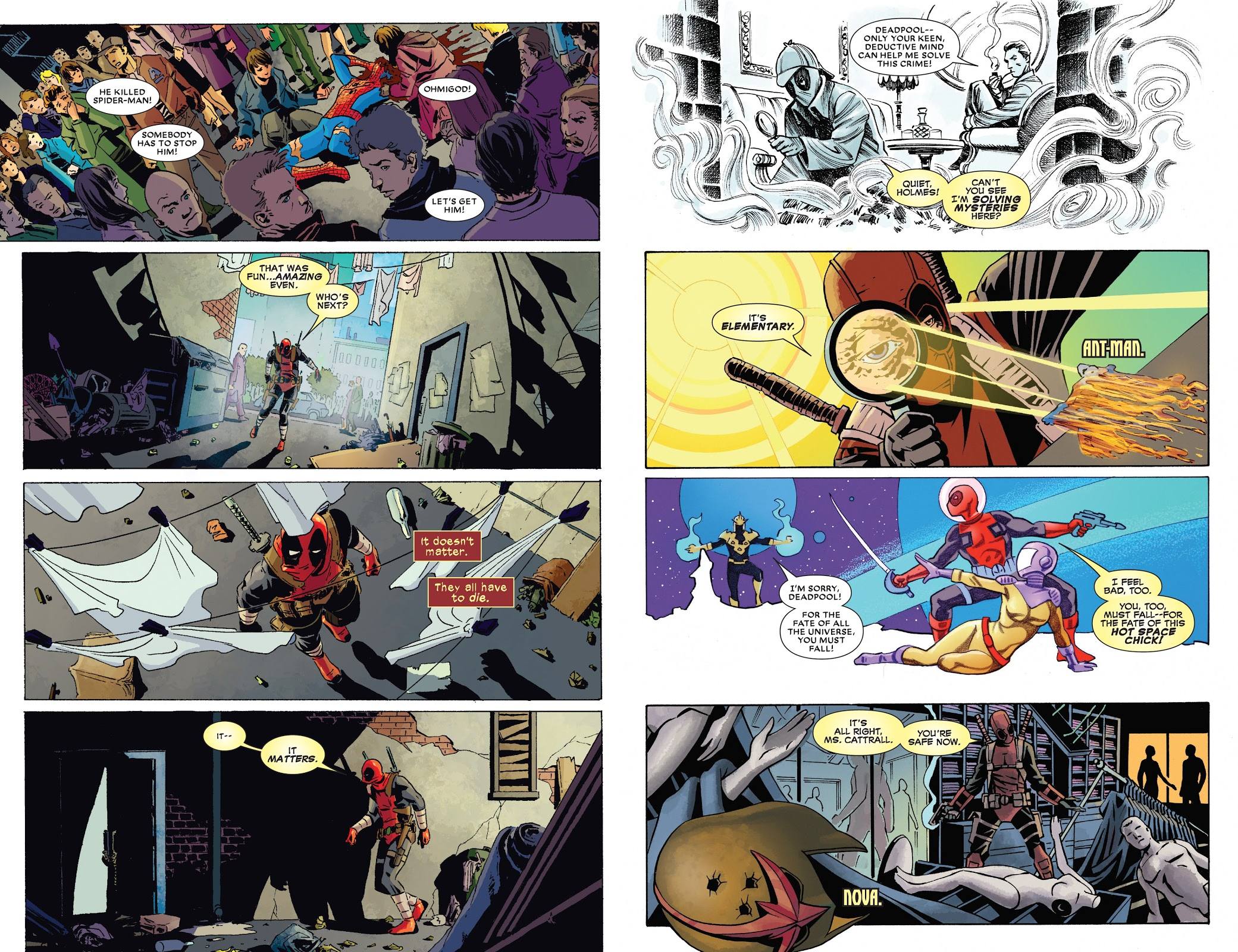 The end of days has been a popular trip into alternate universes for assorted Marvel characters over the years, and in this Omnibus Cullen Bunn and Dalibor Talajić serve up two variations on the theme starring Deadpool. The first is good, and the second is very good.

There’s a light start to ‘Deadpool Kills the Marvel Universe’, but it gradually becomes darker and darker. Bunn begins with the end of the Fantastic Four as narrated by the Watcher, so cementing an alternate universe as if back in the days of What If? It’s long been established that Deadpool carries on a conversation with an inner voice, and Bunn here gives that inner personality a distinctly sinister overtone responsible for much of the carnage that follows. It may be thought that despite his talent, sneakiness and ingenuity there are some Marvel characters who it would be well beyond his Deadpool’s capacity to kill. Inventively, Bunn ensures that’s not the case, although without concessions to readers who may be Deadpool fans not caring much about the wider Marvel superhero crowd. No explanations are given as to who people are or how technology is employed.

It is a bloody turn of events, but Talajić keeps enough of the gore off panel to avoid stomachs completely turning, although Spider-Man fans may feel differently. There are a few shaky figures, but Talajić puts the work in to create a full set of locations with depth and surroundings.

The end result is a fun story living up to the title, although the ending could have been stronger.

‘Deadpool Kills the Marvel Universe Again’ is better because both creators up their game. Bunn’s creativity goes into overdrive as he chooses not to repeat himself, which would have been a viable option for a less diligent writer, and instead offers a variation on the theme with a different Deaadpool and a different Marvel universe. He pits Deadpool against a bunch of characters who didn’t appear in the first outing, including the Guardians of the Galaxy, and Moon Girl and Devil Dinosaur, although they’re both only in passing. It’s disclosed early enough that Deadpool is under the control of some heavy-hitting villains, and Bunn also focuses more on the way Deadpool sees the world. This in turn leads into how Talajić’s pages also look better.

Instead of a straight superhero story, Talajić illustrates Deadpool’s insane worldview, resulting in great variety across the pages from sketchy panels to various forms of cartooning. The majority, though is his form of realism, which has come on in leaps and bounds since the first outing. He’s become more imaginative when it comes to the layouts, pours in the detail, and really impresses the whole way through.

The plot is once again Deadpool set to kill the Marvel universe, which the title alone concedes, but it’s done differently, this time with a lack of awareness. There’s good use of a newer personality not around for the first story, and the creators raise both the fun and the intensity.

Both stories can be bought as individual graphic novels, or alternatively they’re available as part of Deadpool Classic Vol. 16 and 22 respectively, the former alongside other Bunn Deadpool outings.