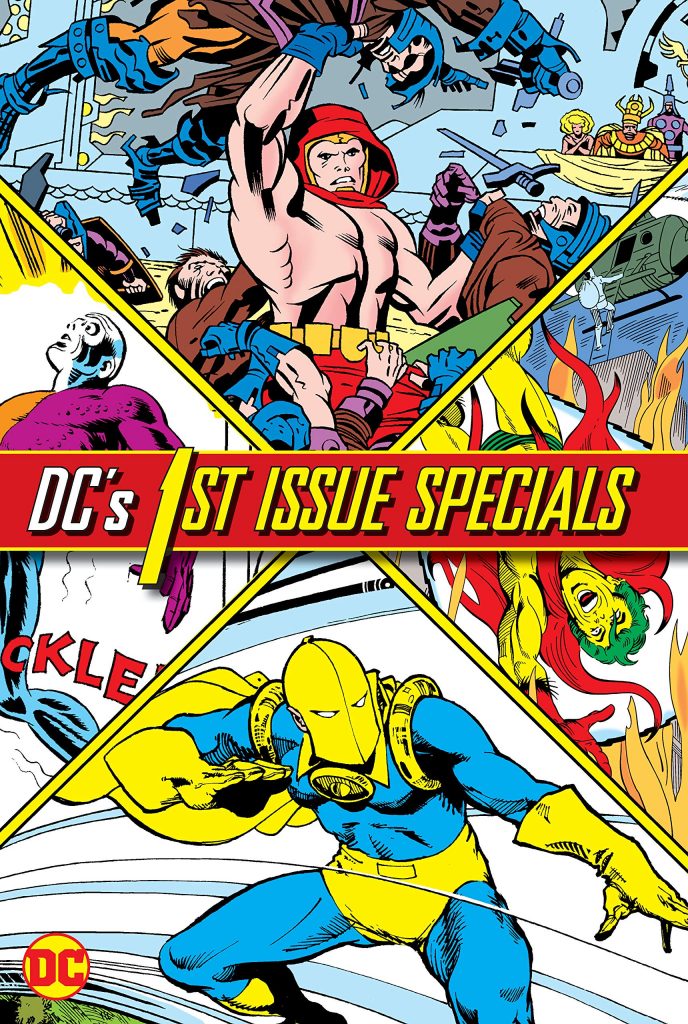 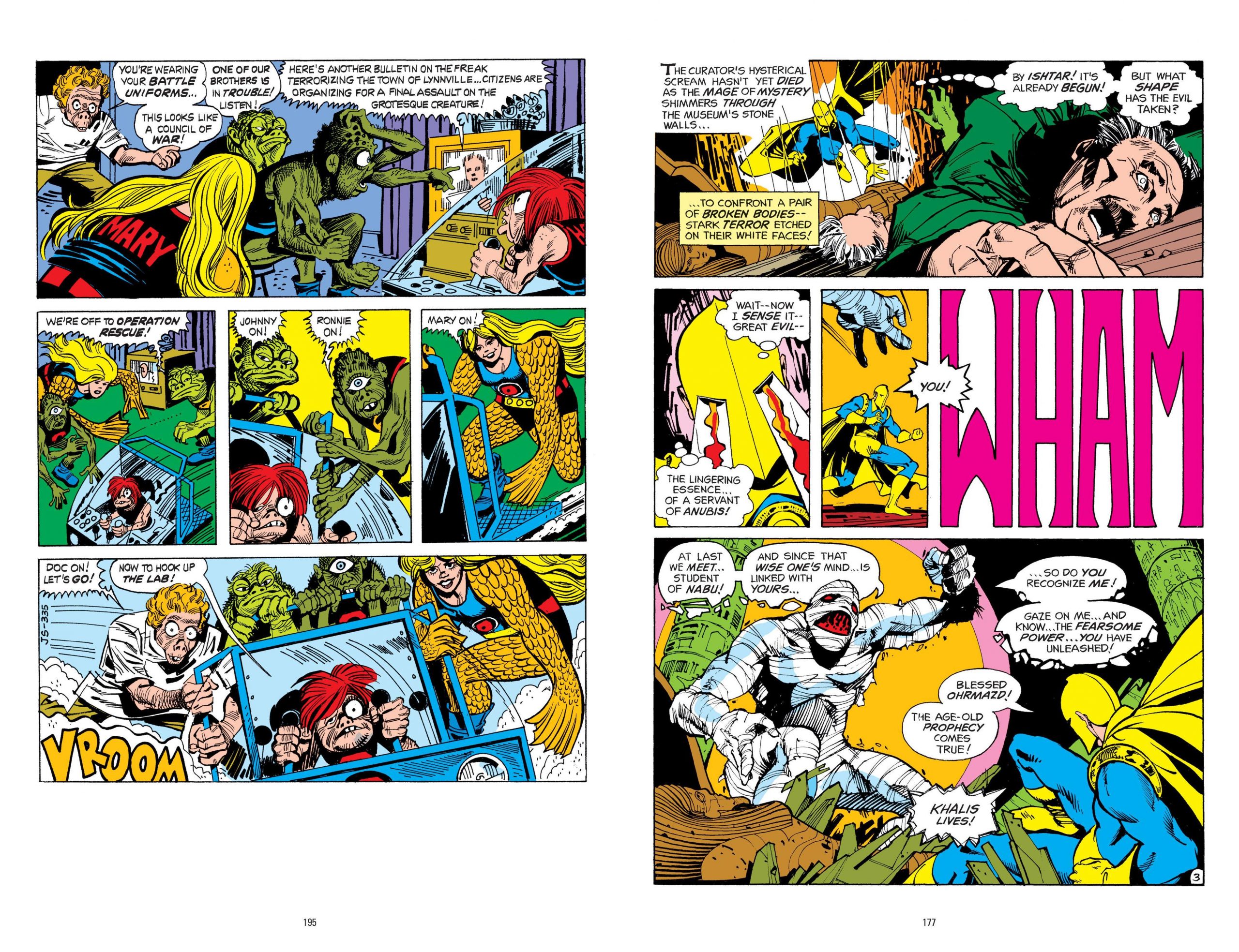 From the 1950s to 1970 DC published Showcase, in which new features were given a tryout run to see if there was enough interest to promote them into a regular series. It had a surprisingly high hit rate, and in 1975 the idea was revived, this time titled 1st Issue Special, which had a surprisingly low hit rate, especially considering the creators who pitched potential series.

Some were known quantities who’d not had a series in some while (the Creeper, Doctor Fate, Metamorpho, the New Gods). Some gave a new spin to old names (Manhunter, Starman). Some revived genres whose time might have come again (kid gangs in The Green Team and the Dingbats of Danger Street). Some were entirely new concepts (Atlas and Codename Assassin), and one took inspiration from television drama (Lady Cop). Only Mike Grell’s Warlord and his secret fantasy world beneath the Earth’s surface proved a success, rapidly promoted into his own title, which ran for thirteen years, and surely long overdue for a proper graphic novel reprint, although a brief New Gods revival guided by Gerry Conway also resulted.

On the whole, the readers of 1975 and 1976 were right. Kid gangs as imagined by Joe Simon or Jack Kirby had seen their day, morphed into teen superhero teams, and while the Creeper’s creator Steve Ditko returned, it’s a muted affair, scripted by Michael Fleisher. Kirby’s Atlas and Manhunter have some great art, but are little more than appetisers, and Warlord may have been the success, but now seems little more than recycled pulp fantasy, although handed a series Grell became more original. There is something to Robert Kanigher and John Rosenberger’s Lady Cop. Kanigher piles in the drama, but it treats Liza Warner seriously, highlights some social issues and is responsible for this selection passing the Bechdel Test.

Two features do stand out. Were it not a matter of record that Joe Simon was well into his sixties when he wrote Outsiders it wouldn’t be unreasonable to consider what he was smoking. It’s a genuine bonkers oddity, drawn by Jerry Grandenetti as if a horror version of The Monkees (sample spread left). We’re first introduced to an entire team of gruesomely deformed people before learning the origin of each in two to four page chapters as Simon’s ponderous narrative cycles the final chapter back into the first panel. There’s genuine quality, however, in Martin Pasko and Walter Simonson’s revival of Doctor Fate. Simonson’s inventive layouts, amazing designs and sheer bravura deserves better than being consigned to a collection of also-rans. However, it’s Pasko’s plot that enables the artistic tour-de-force, channelling the spirit of Doctor Fate’s 1940s stories while perpetuating the excitement until the end. Listen to them chat about it here.

As a collection this isn’t at all recommendable, but if prices for the hardcover drop, there’s some decent art. The Kirby strips can be found in both DC Universe Bronze Age Omnibus by Jack Kirby and The Jack Kirby Omnibus Volume Two. 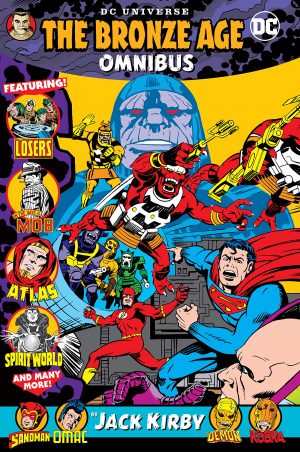