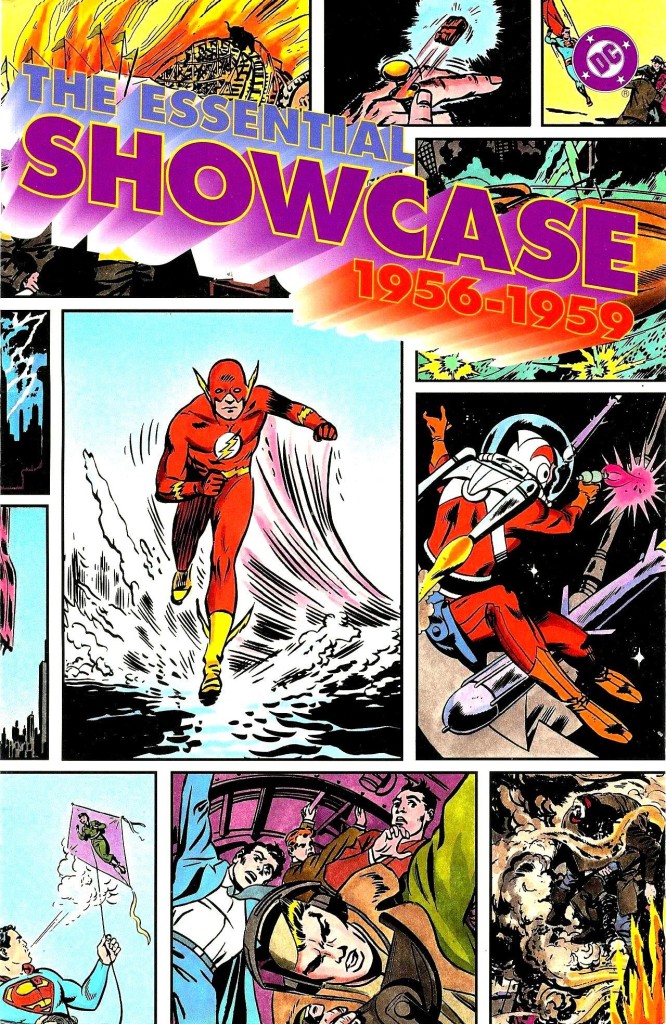 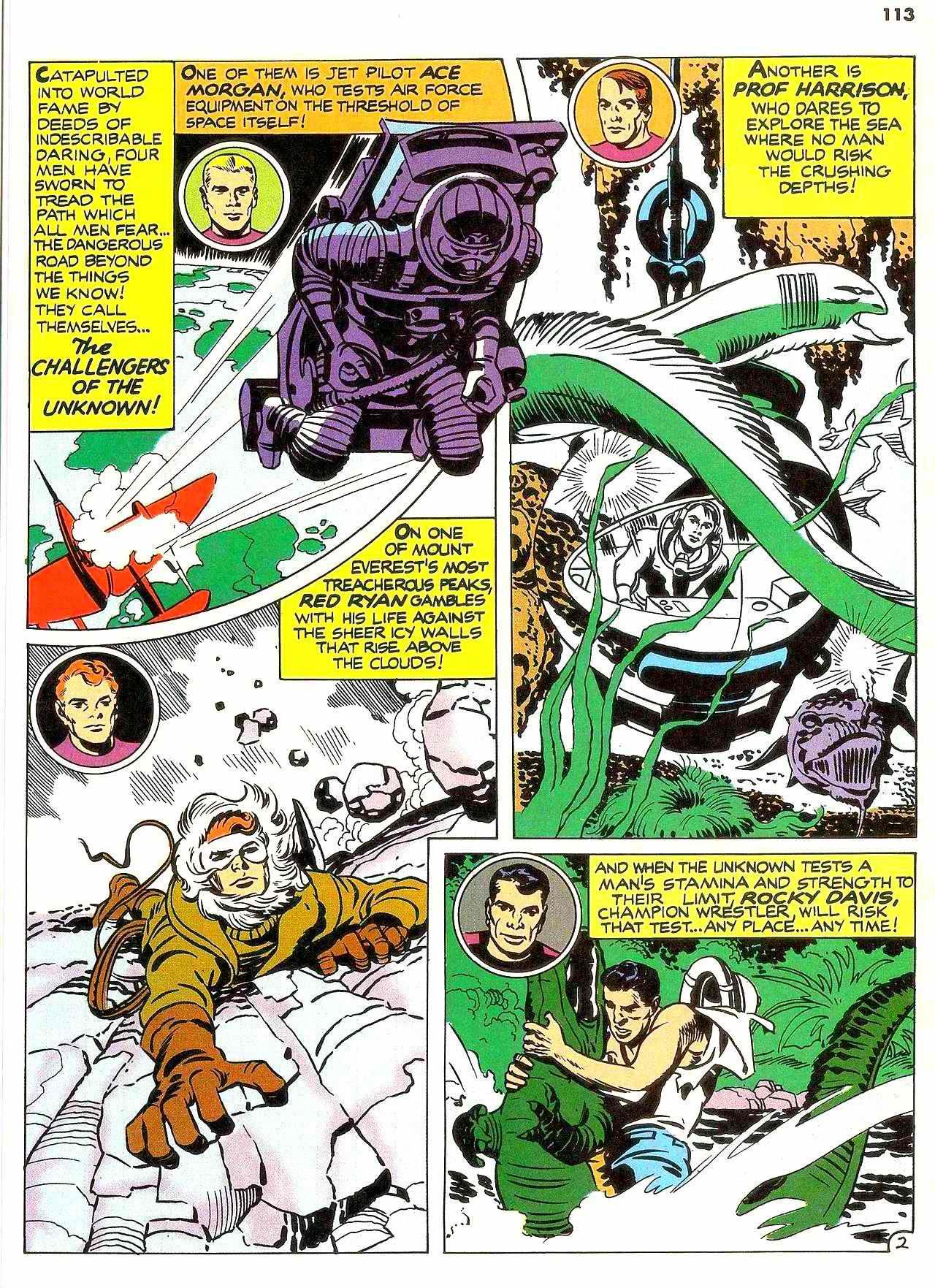 The Essential Showcase is now niche reading, being a collection of 1950s strips since available surrounded by less random company, and primarily of interest to historians. Anyone wanting to sample the earliest Flash, Lois Lane or Challengers of the Unknown will surely head for either luxurious Archive editions or the bargain bulky black and white volumes, confusingly also issued as Showcase. In 1992, though, the graphic novel market was still in its infancy, and these stories had, in some cases, been unseen for decades.

In the 1950s comic companies customarily tested new characters via a title with a rotating lead feature. Such was Showcase, Win Mortimer’s charming one page strip in the opening issue illustrating the premise. It’s best known for introducing a revamped version of 1940s hero the Flash, and so kickstarting the superhero revival still with us today. Then, though, further trials were required, so Flash starred in three later issues of Showcase before being promoted into his own title.

Two are reprinted here, both characterised by what was at the time Carmine Infantino’s futuristic stylings. Flash inhabited a city forever in silhouette behind him, as a red blur crossed it. John Broome is so associated as writer that it’s often forgotten that this origin story was the work of Robert Kanigher, and as Showcase liked to maximise the content, each has two shorter stories reprinted here. They’re of their time: plot-led and characterisation free, but the imagination is apparent.

Much the same can be said of the Gardner Fox and Mike Sekowsky Adam Strange story. Their anodyne archeologist inadvertently leaps into a transportation beam and traverses the galaxy to the planet Rann, becoming an adventurer on arrival.

Showcase didn’t only feature superheroes, although a spirit of adventure was, with one exception, key. The Fantastic Four were five years in Jack Kirby’s future when he created the Challengers of the Unknown. They survive a plan crash, consider themselves living on borrowed time and vow to take on tasks involving risks. Kirby throws magic and aliens at them over two episodes.

The least known feature is the one that began the series, Fireman Farrell, detailing Fred Farrell’s perilous attempts to emulate his late father’s career. It’s the one strip not since widely available, and features some tremendous artwork from later newspaper strip illustrator John Prentice. Arnold Drake’s scripts vary the action from training to a circus to the harbour, and while hardly compelling, they have their moments. As this is a selective gathering almost contemporary features such as the Frogmen and Kings of the Wild are absent.

Lois Lane is twice the anomaly here. Firstly she was familiar, already with almost twenty years in the Superman cast, and secondly there’s no way her stories can be classified as adventure. Credits attribute some art to Ruben Moreira and some to Al Plastino (later amended to the latter inking the former), and Jerry Coleman and Otto Binder wrote the three shorts encapsulating Lois’ career. She tries to prove to Lana Lang that Superman loves her more, swears off attempting to deduce Superman’s secret identity, and, after an accident rendering her comatose, dreams a fantasy of becoming Superman’s wife. They’re all light, inventive and amusing, but more than anything a glimpse into the attitudes of the day (or possibly, given the age of the writers, ten years previously).

If found cheap this is a repository for some stylish art, but otherwise, fans are directed to individual collections for each feature.