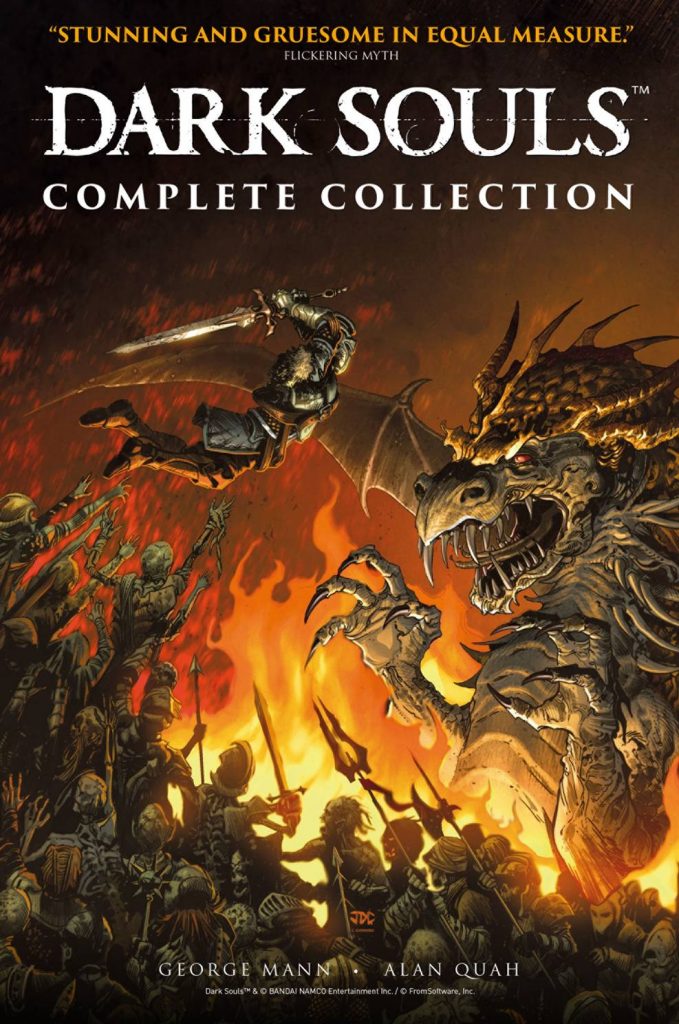 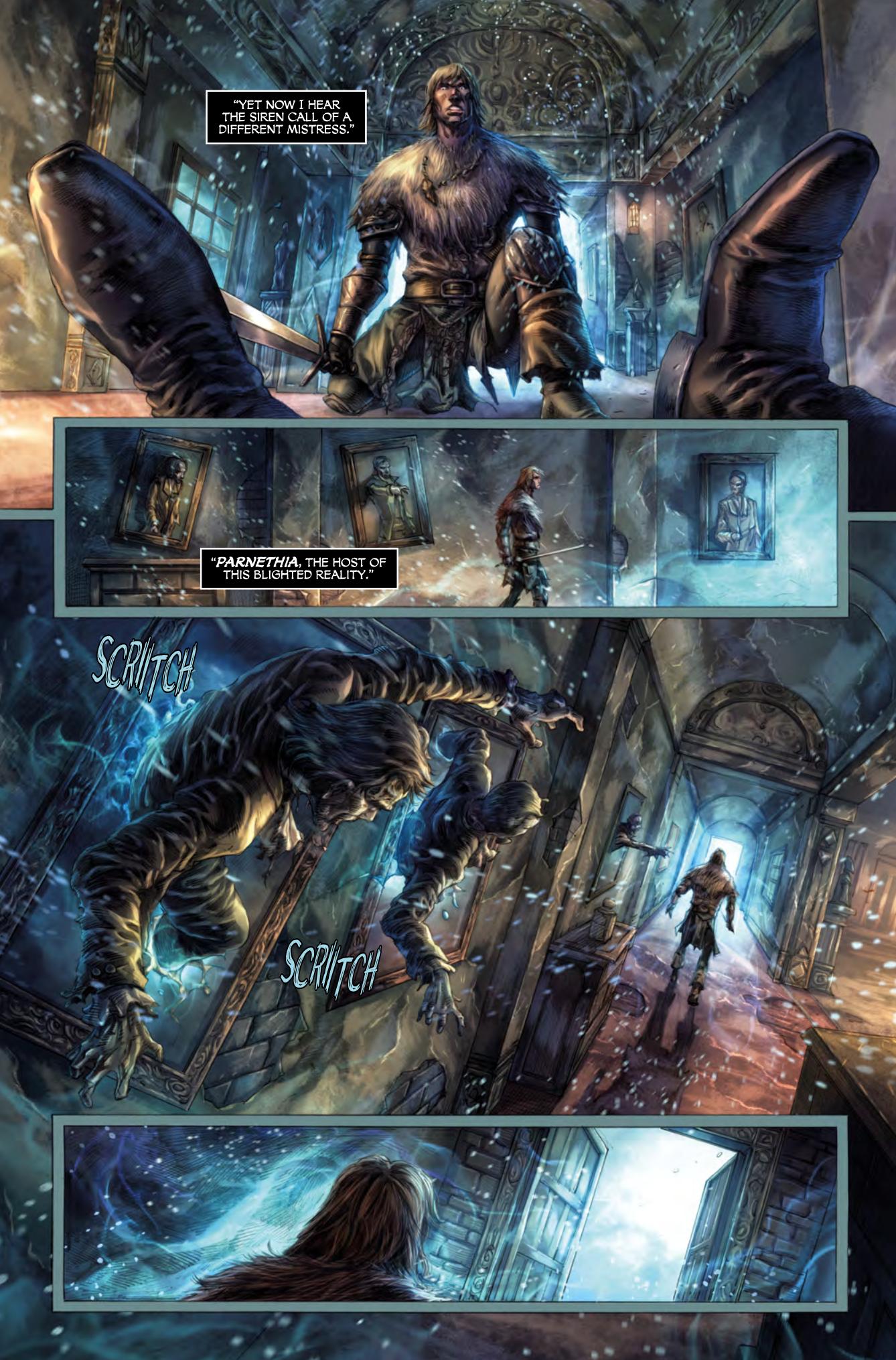 Dark Souls is dark fantasy horror based on the Dark Souls game franchise, which sets a character wandering through a dangerous environment attempting to discover their fate and the fate of their people. The mix of action and quest in a horrific location made for a successful game, but the transition to graphic novels proves less satisfying.

The one absolutely undeniable marker of quality is Alan Quah’s amazing art, and since he draws around half the book, there’s a case to be made for buying this collection for that alone, although all his pages are also available in Dark Souls Omnibus. There are a few awkward figures, but Quah delivers the complete horror location, his designs and portraits are stunning, and the detail of his spreads makes them something to consider framing on the wall. Not anywhere you’ll be eating, though, as he supplies the full necessary, stomach-turning horror. Quah is inspired, but colourists Norah Khor and Sean Lee are essential to the package, adding the tone and atmosphere.

Quah’s collaboration with George Mann on what was first available as The Breath of Andolus looks amazing, but is let down by Mann never straying from the well trodden path, serving up the familiar at every turn, and further clichés with the irritating olde worlde English. It’s a surprise, therefore, that the following Winter’s Spite is so entertaining, with Mann still in quest territory, but with greater imagination, some mystery and better considered dialogue.

Ryan O’Sullivan and Anton Kokarev provide the third long story, but set in the earliest days of the Dark Souls world, and make fuller use of characters from the game rather than just the environment. Fans of Arkon, Dragonkiller and Silver Knight get their due, but we’re back to the olde worlde English, with O’ Sullivan adding pompous monologuing. Kokarev is a good illustrator, but not a good comic artist, with little sense of storytelling, resulting in one posed pretty picture after another. This was originally available as The Age of Fire.

The remaining content is the short stories previously issued as Legends of the Flame. Quah’s immense talents are wasted on the largely static framing and linking sequences, which require repeatedly drawing the same people in the same location. This is another case of the art being considerably better than the writing, which rarely rises above the an often predictable sting in the tail piece. Much better is Mann’s collaboration with Piotr Kowalski, employing the sophisticated narrative device of being re-enacted by a group of strolling players, with Kowalski standing out among a decent selection of artists.

While living up to the title and supplying all Dark Souls stories long and short issued by Titan, this is a collection of moments rather than sustained quality. Rounding it off is a bestiary explaining the creatures seen, and script to art process pages for ‘Winter’s Spite’.