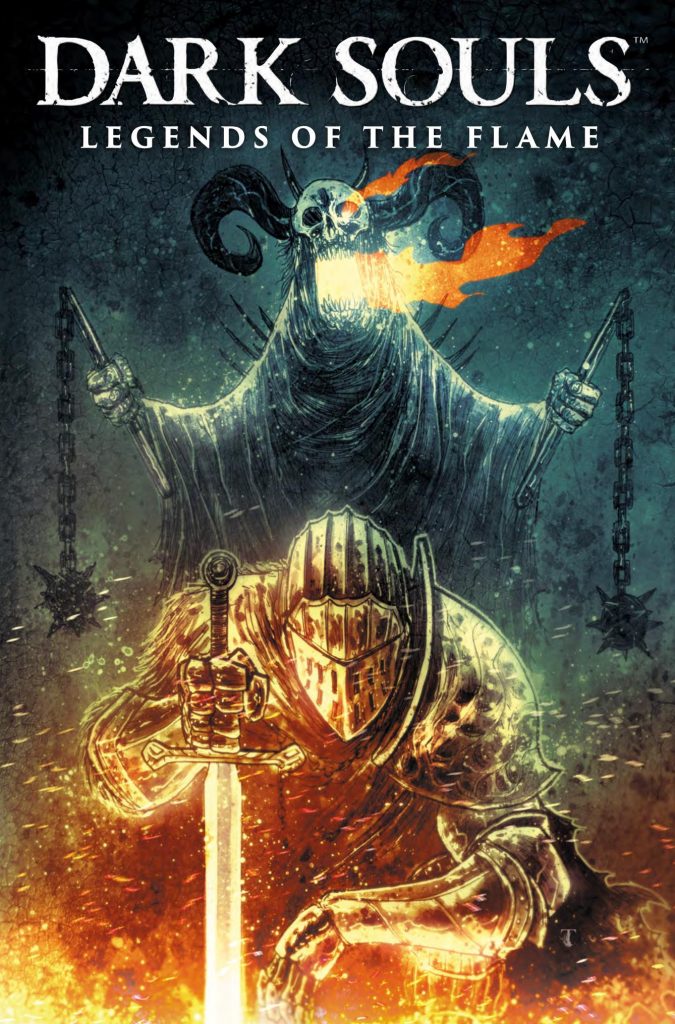 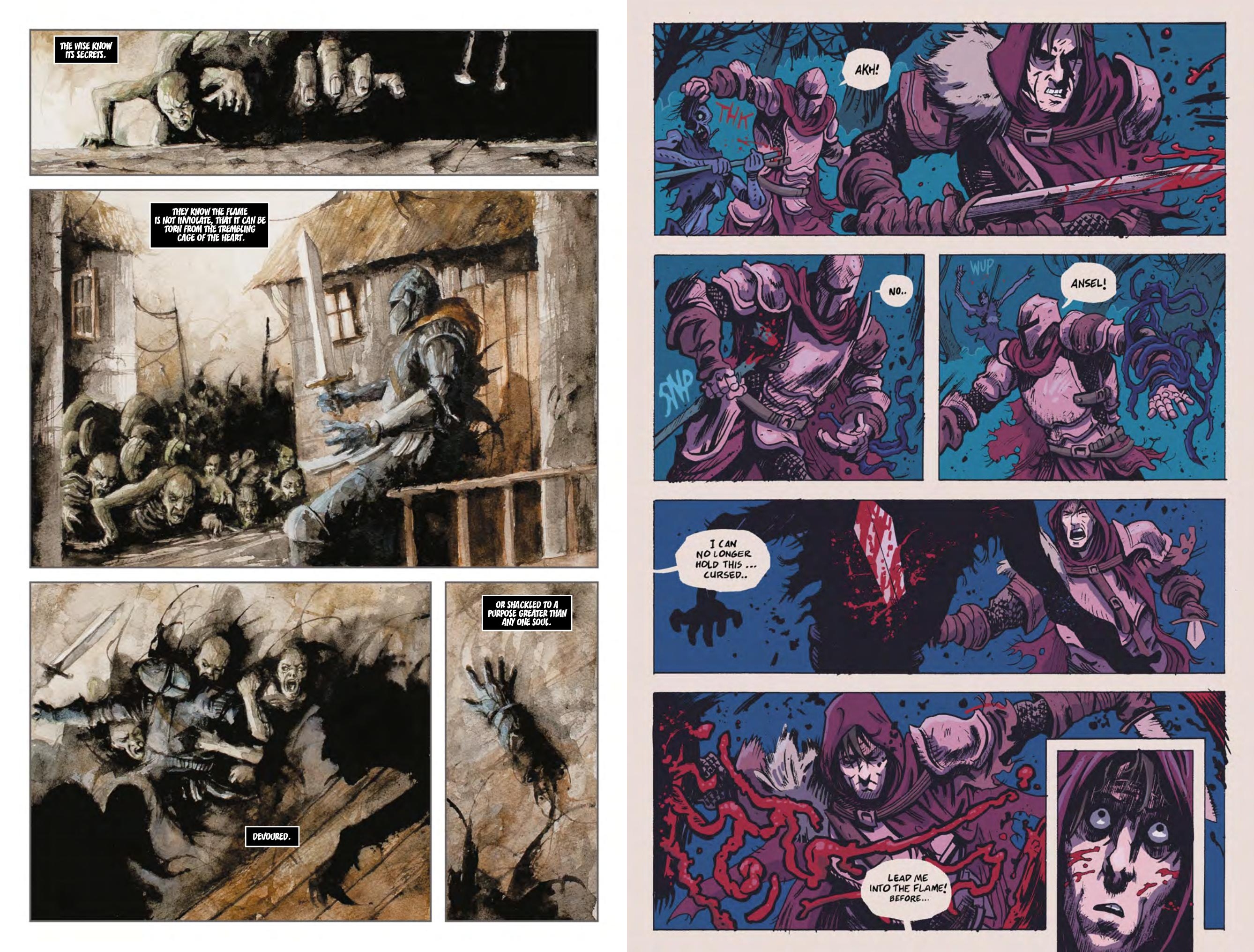 After the magnificence of Winter’s Spite it’s disappointing to discover Legends of the Flame is an anthology project set in the Dark Souls world.

It’s a repetitive cycle, framed by a sequence of a warrior recuperating by a fire, as is used in the Dark Souls game, and hearing the tragic fates of one hero after another, either seeking to end a demon’s threat or to reverse their own transformation. The only Alan Quah art is on the framing sequence, and the man who’s defined the Dark Souls world so imaginatively in comics form is restricted to several pages of pretty well the same scene. Wouldn’t he have been better employed drawing one of the individual stories instead?

None of these have the grandeur, scale and imagination Quah brought to the earlier Dark Souls graphic novels, but some have other strengths. Daniele Serra (sample spread left) impresses with a spiky, impressionistic style, completely different from Quah, but equally effective. He seems to have been looking at John Bolton’s work, which is no bad thing. Michael Walsh and Dylan Burnett are jointly credited for the art on the other sample page, effective linework that serves Walsh’s story well.

The stories are a rarely interrupted succession of ponderous first person narratives taking their lead from George Mann’s work on the previous books, with Mann among the contributors. Whether they have a slight twist in the tail, often predictable, or progress from start to finish there’s very little originality. The best of them is Mann’s work on ‘Behold, Townsfolk’. It has the novelty of the story told as a re-enactment by a group of medieval strolling players, and the benefit of some very attractive line art from Piotr Kowalski.

In the back of the book assorted creators discuss inspirations for their stories and their approaches to telling them. If preferred, this is also available in the company of two longer stories by Mann and Quah as the Dark Souls Omnibus.