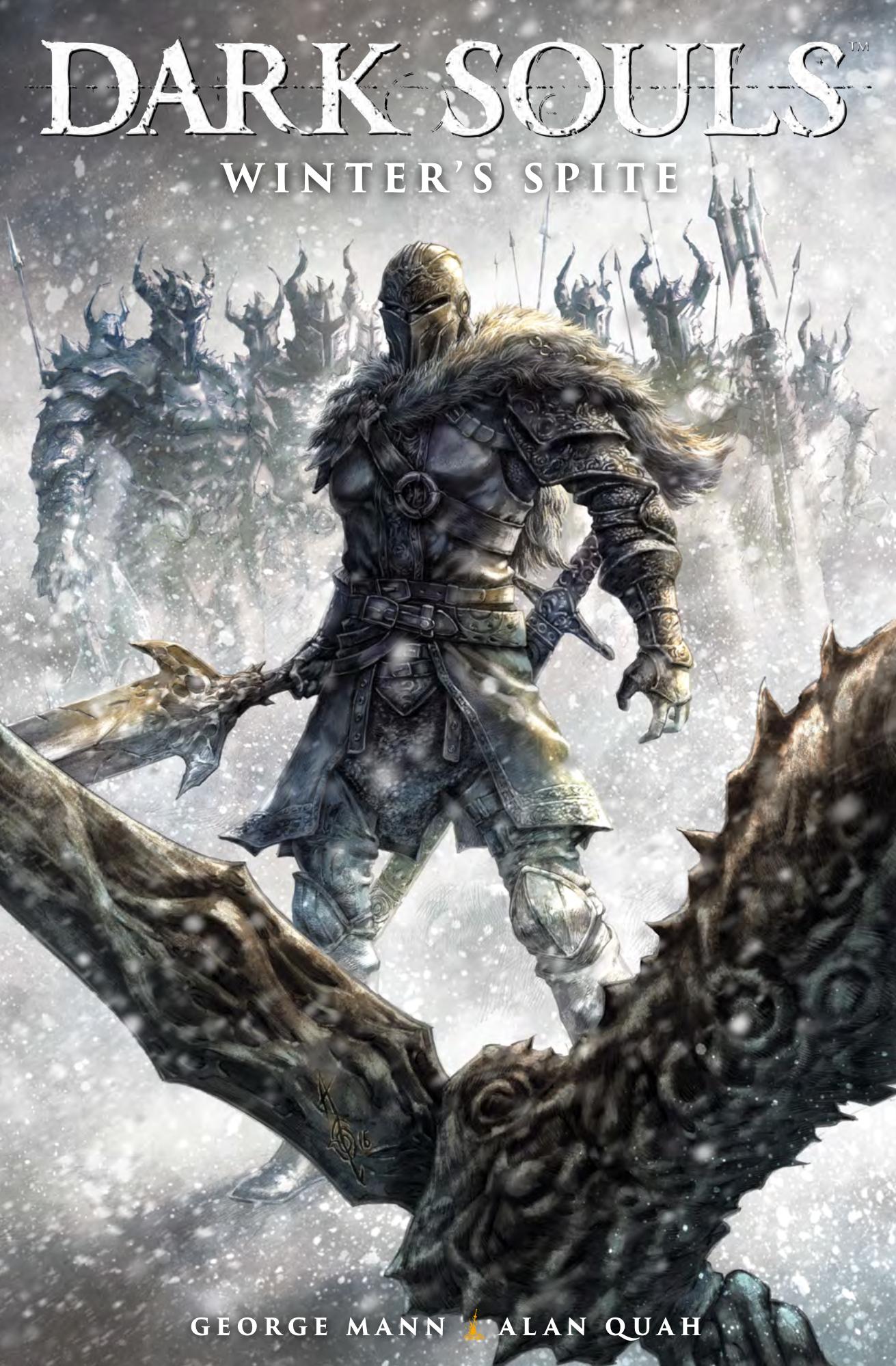 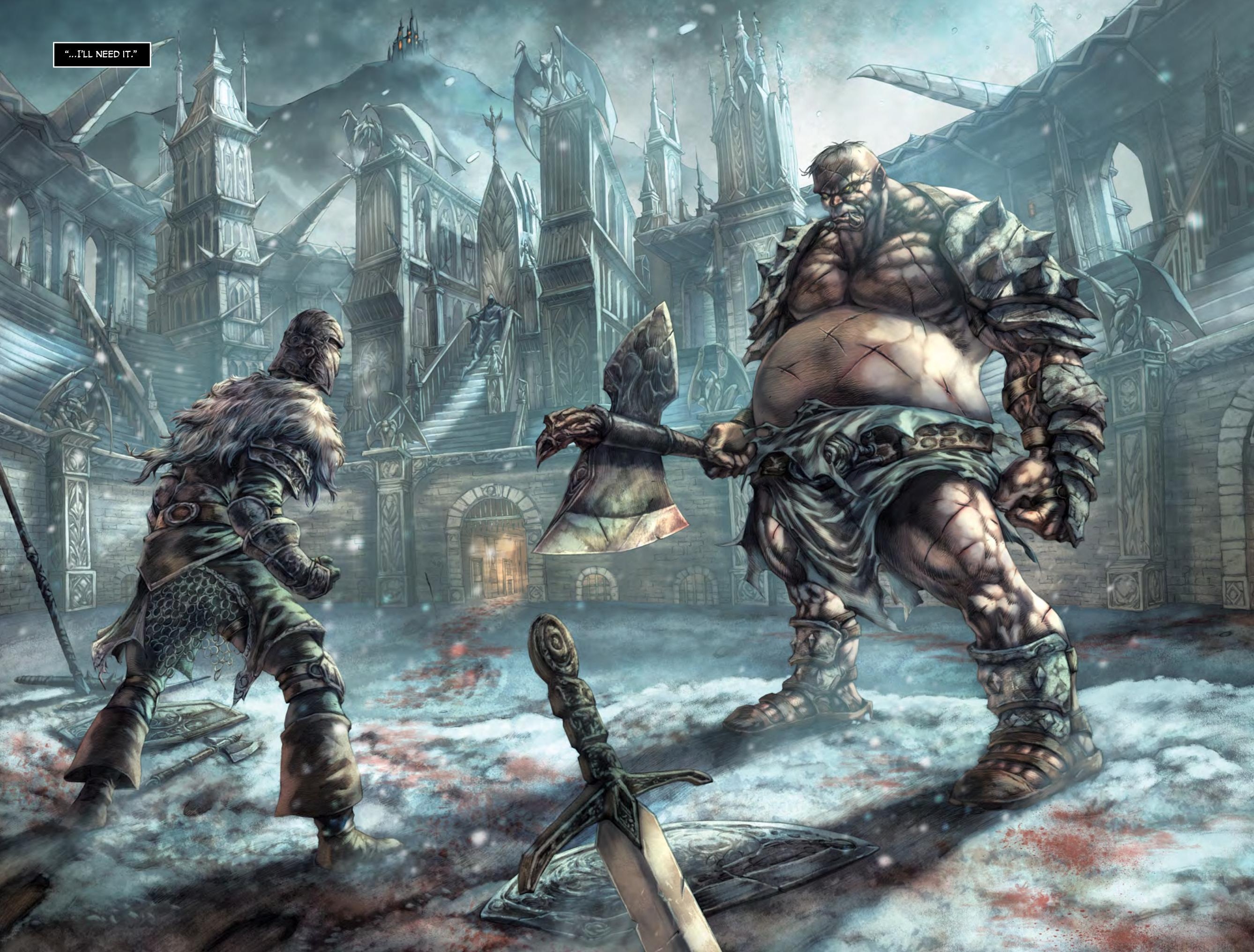 While acknowledging that capturing the vague background of the Dark Souls videogame wasn’t the easiest project, the opening Dark Souls graphic novel Breath of Andolus disappointed with its stock sword and sorcery standbys and lack of imagination in George Mann’s plot. Winter’s Spite, therefore, is a very pleasant surprise. It’s roughly the same territory of someone on a quest, but given a completely different context. The quest seems to have failed, and our hero is jailed by unknown captors, dragged daily from his cell and forced to fight for his life against a succession of monsters.

As shown by the sample page, Alan Quah’s art, the saving grace of the previous volume, is jaw-droppingly good. A succession of beasts is called for, amid a constant background of ice and snow, underlining that winter has come, and the combination of Quah’s solid designs and pencils with the colour of Norah Shore and Sean Lee provides a visual tour de force from start to finish. The Breath of Andolus showed an extremely good artist, but Winter’s Spite displays why Titan also issue Quah art collections. The anatomy could do with some tidying up, but that’s not what you’ll be looking at because the viewpoints and the backgrounds are so eye-catching, with every chapter featuring an amazing double page spread. You’ll not forget the zombie ball in a hurry. That’s not to say Quah doesn’t also deliver the gruesome violence needed to sustain the story. The blood flows, and freezes almost immediately in the winter environment.

Mann’s dialogue is more convincing than last time. It’s the stock narrative of the grim, single-minded fantasy hero on a quest, but it’s what’s needed to establish the character. Mann throws in a twist during the final chapter to complete a satisfying slab of sword and sorcery. The Dark Souls saga continues with the anthology Legends of the Flame, and both are collected along with The Breath of Andolus in the Dark Souls Omnibus.