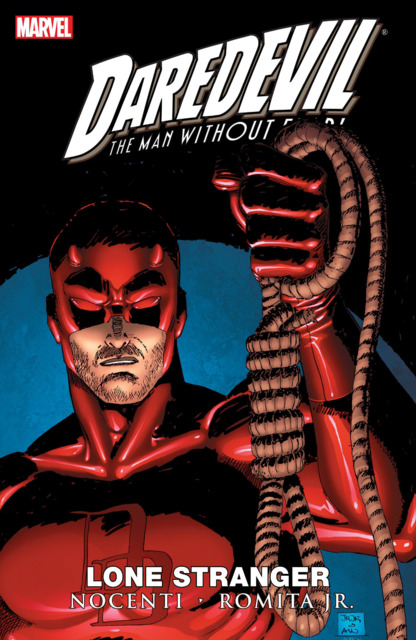 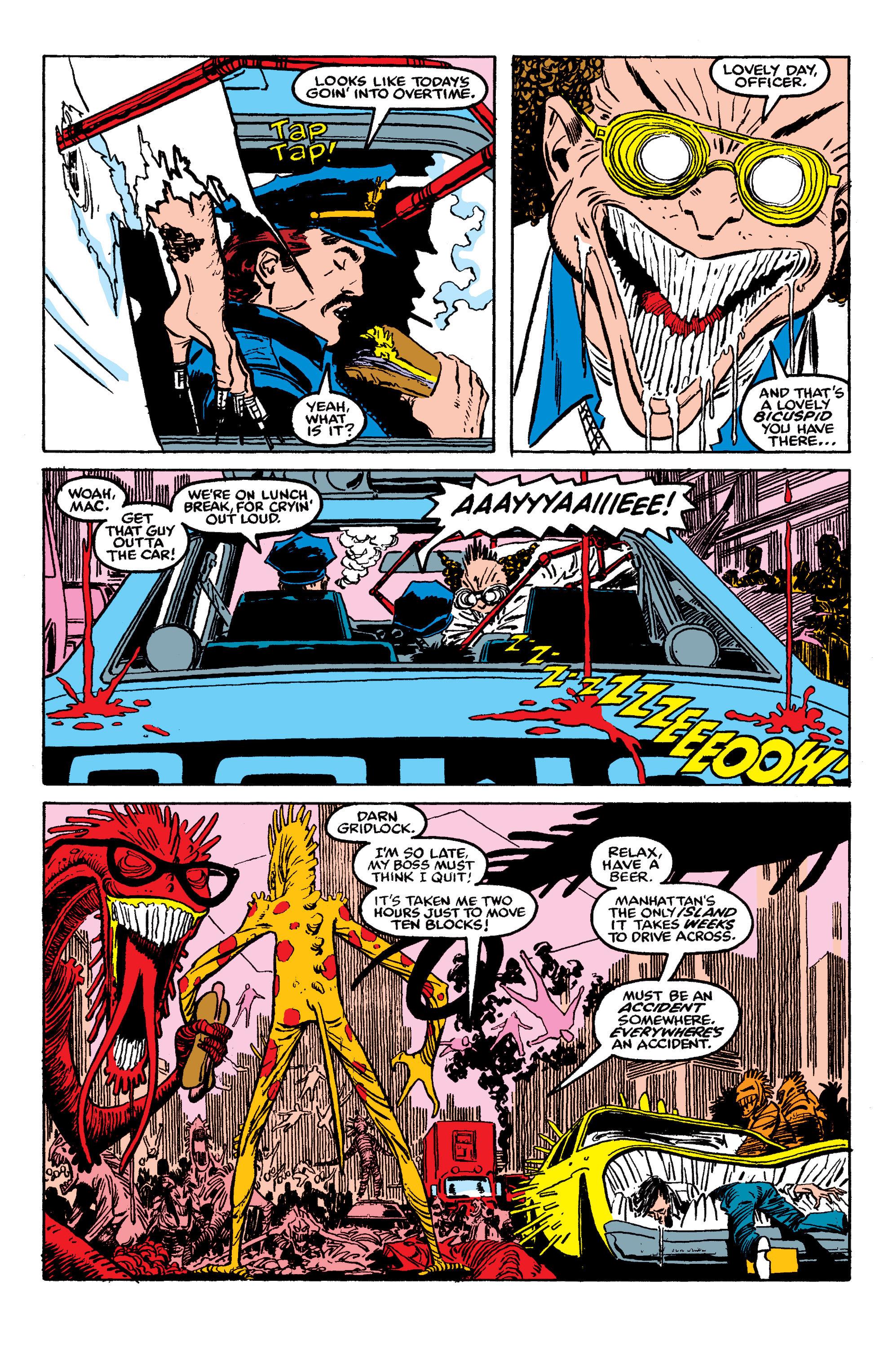 More so than on any other title he drew for an extended period, John Romita Jr’s art developed and transformed on Daredevil. He began by using the crisp style employed across assorted Marvel titles since the late 1970s, on display in the Typhoid Mary collection, but he’d already begun to morph away. The opening pages here display a definite Bill Sienkiewicz influence, and offer a dizzying world, but that’s transitory, and by the final chapter we’re seeing the first signs of the chunky renderings that characterise his 21st century pages. Along the way there’s an impressive redesign for Marvel’s Satan stand-in Mephisto.

Mephisto and Daredevil may seem a vast mismatch, but it’s a theme writer Ann Nocenti wholeheartedly embraces, both here and in her later Daredevil work, as eagerly as she embraced ‘Inferno’ in the opening chapters of this collection. That was a Marvel crossover in which Hell spilled into Manhattan with appalling consequences, and Daredevil’s involvement concludes over the opening chapters.

The title originates with Daredevil’s decision to leave New York and tour remote regions of the USA, and while the resulting stories aren’t bad, they suffer from the character being so resolutely tied to his environment. Removing him to the middle of nowhere to settle a series of individual problems before drifting on to the next town, also removes some mystique. Perhaps realising this, it’s not too long before Nocenti restores Daredevil to New York. These are human interest pieces, mostly lacking super villains, although, oddly, the most successful of them features mutants Blob and Pyro, featuring a good finale.

Nocenti’s writing is occasionally florid, and this is certainly the case for the closer introducing Blackheart. He’s given a fantastic and adaptable design by Romita Jr, permitting some tremendous visual effects, but the tale’s dull. That applies to much of the book, as the ponderous soul-searching never finds an adequate release.

This has now been incorporated along with Typhoid Mary into the far larger Epic Collection A Touch of Typhoid.