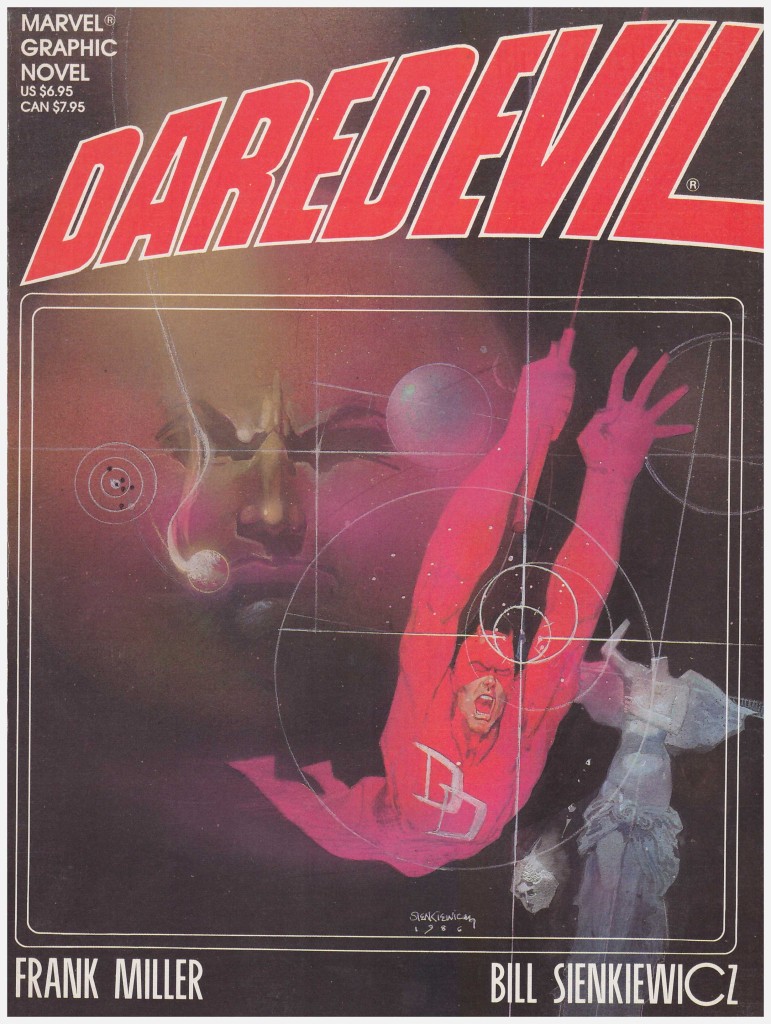 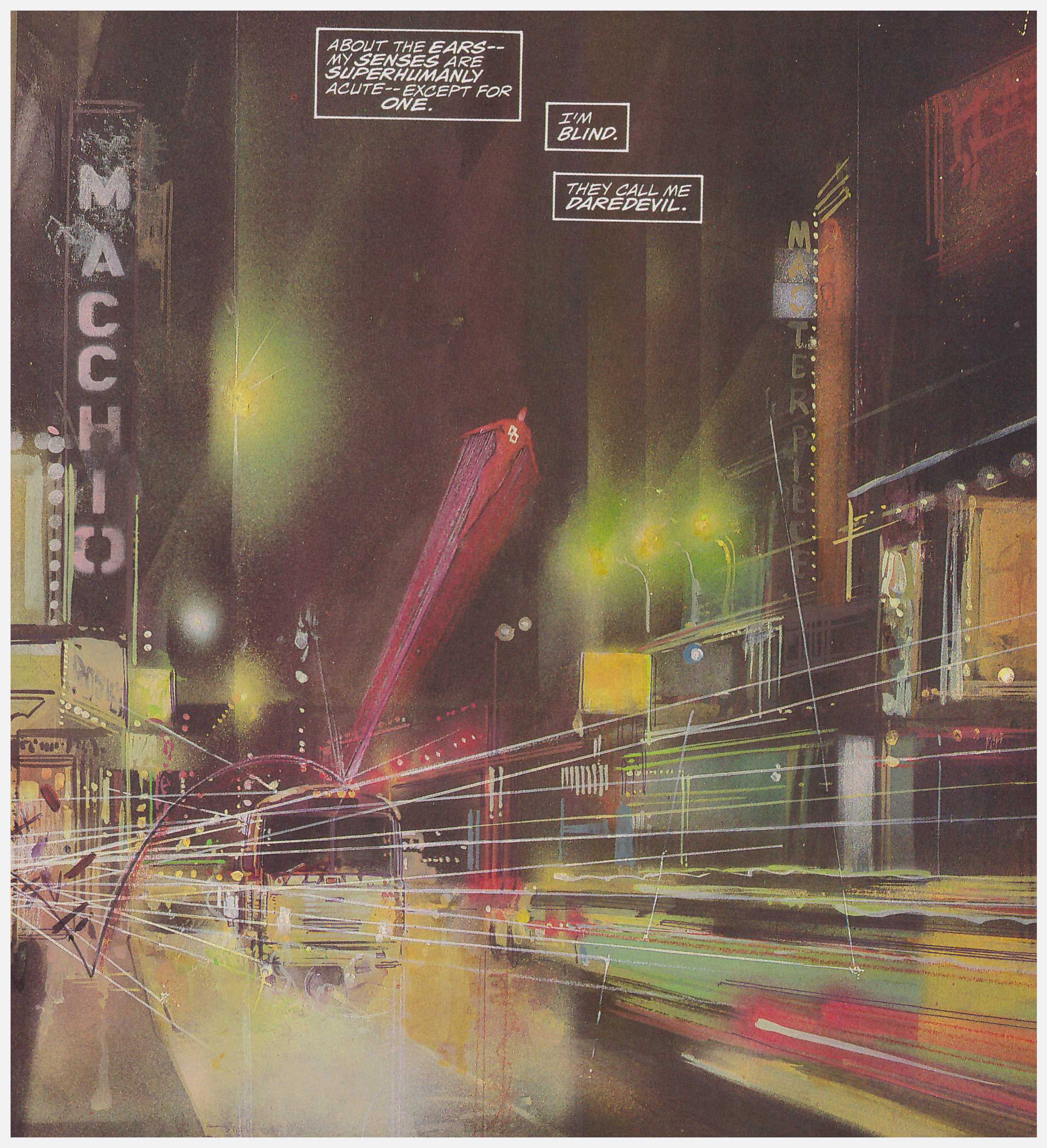 When published in 1986 there were no more fêted creators of superhero comics than Frank Miller and Bill Sienkiewicz, and only Chris Claremont and John Byrne matched them in popularity. Yet, despite this being the work of two legends, Love and War is a largely forgotten book these days, although there was a hardcover edition in 2003 combining it with Elektra Assassin.

Part of the reason is that it was issued in Marvel’s album format, the package they used for graphic novels at the time, imitating the European style. Like VHS supplanting the superior Beta format due to greater convenience, the more familiar smaller graphic novel took root in the USA, and it consigned Marvel’s earlier efforts to history.

In some ways it’s very modern. Miller uses narrative captions rather than thought balloons, although it pre-dates the era of colour coding to indicate whose thoughts are transcribed, so there is the occasional momentary confusion.

The slim plot ties into the Daredevil continuity of the 1980s. The Kingpin’s wife is traumatised and uncommunicative. In order to ensure peak performance, a therapist’s blind wife has been abducted pending successful treatment. The Kingpin has delegated this to an underling, Turk, not among the brightest, who’s in turn sub-contracted the task to the cheapest alternative. His choice, Victor is a paranoid killer who hears voices, hopped up on medication and who develops an infatuation for the therapist’s wife.

Love and War toys with the all’s fair aspect of the Shakespeare quote from which the title is taken, but this isn’t Miller’s finest work. The deliberately spartan crime novel storytelling is imitative, but the novelty of it being applied to comics has long since passed, leaving the wonder all in the art. Freed, to a degree, from the artistic constraints of commercial comics, Sienkiewicz really flies here, foreshadowing his art on a second collaboration with Miller, Elektra Assassin. His Kingpin is a vast lump in an assortment of waistcoats contrasting the wallpaper, his Daredevil often a kinetic blur, and Victor resembles an emaciated ape. Others are illustrated in naturalistic fashion via painted shades, but Sienkiewicz will switch styles from page to page with no detriment to the story. It’s an ambitious tightrope act of commendable skill.

As a final fine artistic flourish, Sienkiewicz supplies two ink portraits of the creators for the back cover. Hair abounds!

Omitted from the earlier exhaustive collections of Miller’s Daredevil work, Love and War finds a place among the content of Daredevil by Frank Miller and Klaus Janson volume three.