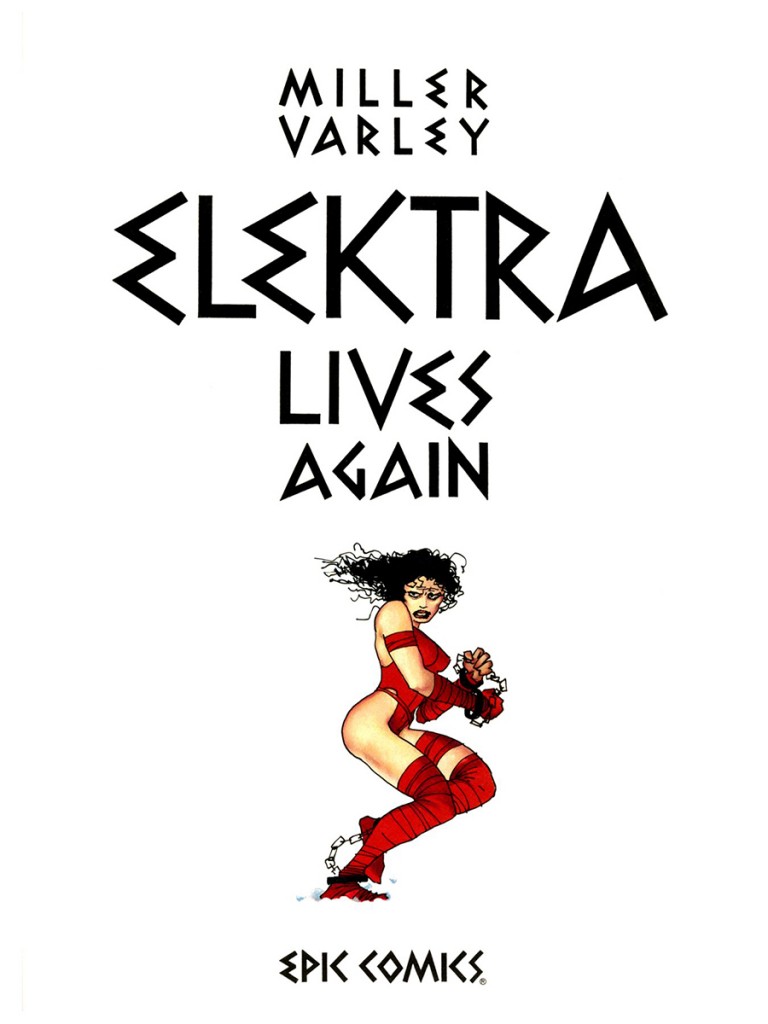 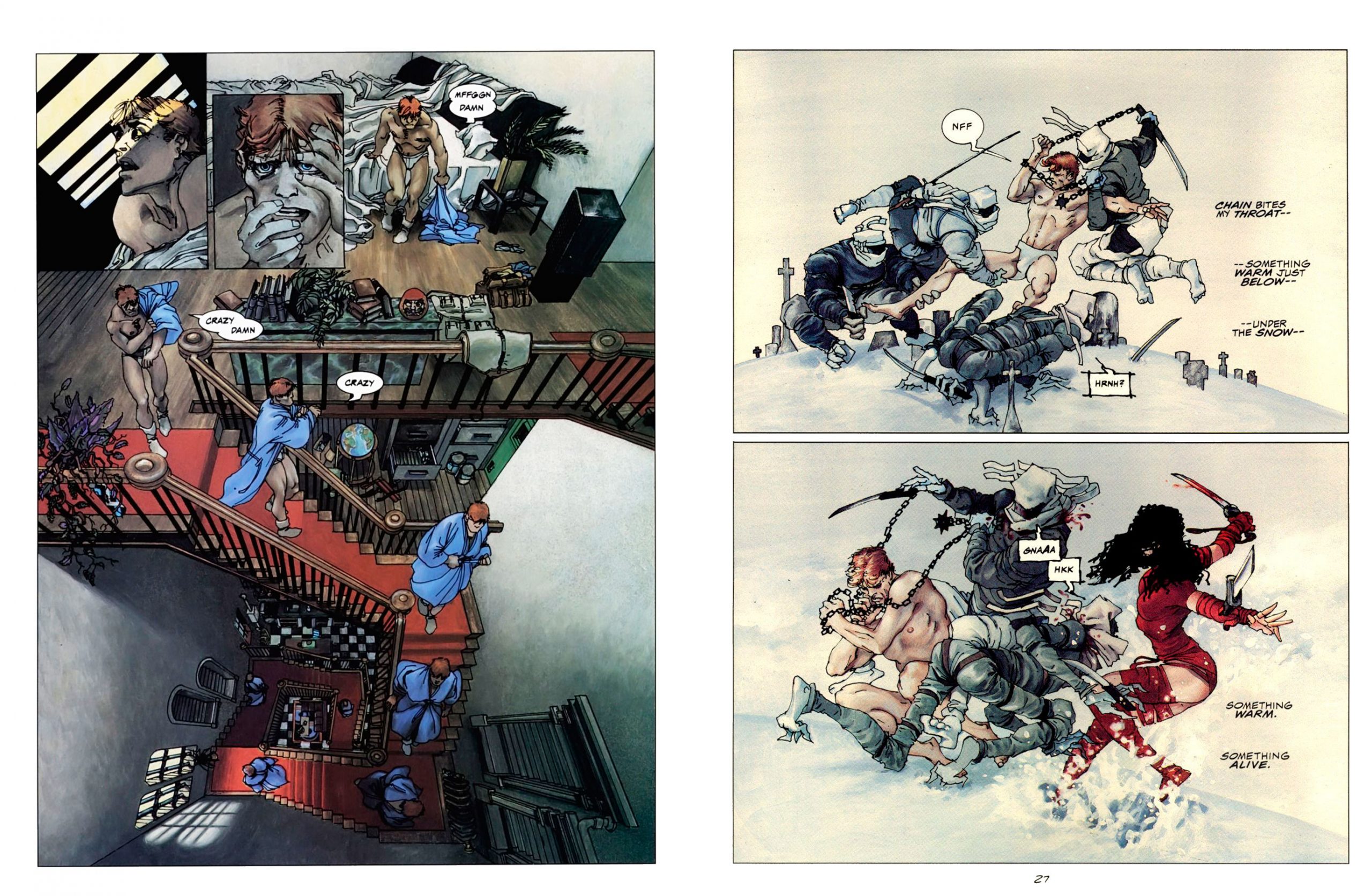 “Dead or alive, she’s back”, reads the blurb on the back of this large hardcover book. It’s pretty much all you need to know to open this graphic novel from writer/artist Frank Miller. Elektra Lives Again is tightly written, stripped down, precise and focused. Miller returns one more time to Daredevil, the blind superhero that he redefined for 1980s Marvel comics, to tell one final story involving Elektra, the assassin, anti-hero and Daredevil’s lover, murdered by his arch-enemy Bullseye. He brings with him the toolkit that he used to build The Dark Knight Returns, his Batman opus, and there are a lot of similarities. There’s the sixteen-panel grid which is used to powerful effect as a organising device, chopping up the narrative when needed or building a rhythm out of pieces which can join up or drop away to allow the big fight scenes to feel expansive by contrast. There’s the torrent of short caption fragments that are Matt Murdock’s increasingly tortured thoughts, left unpunctuated to add to the feeling of dislocation. But where The Dark Knight Returns takes place on a big scale with huge repercussions, Elektra Lives Again is one man’s private and intensely personal hell. Matt Murdock never puts on his costume, in fact he is barely clothed most of the time, and Daredevil’s name is only mentioned once in a background caption. Although it’s the final coda to a long-running storyline, this isn’t a typical superhero tale. It’s a gothic horror story that takes place almost entirely in bright daylight which just adds to its nightmarish feeling.

Miller inks his own pencils using a very thin spindly line without much variation which makes his drawings feel almost like diagrams, a feeling accentuated by the way his balletic action sequences don’t use speedlines so the figures just hang frozen in space. Lynn Varley’s brushwork fills in those outlines with painted colour, giving the book beautifully vivid textures, atmosphere and weight, with more dynamism than typical painted comics which often feel static without black lines to direct your eye. Miller’s ink lines lead you around the pages in intricate layouts that trail after Matt Murdock, who dreams about his dead lover alive again, slowly realising his visions are more than dreams, and discovering that his life is in danger. Because if Elektra can be brought back to life, her killer can too.

The taut narrative is completely honed down, no subplots, no digressions, it stays focused solely on this man and his strange predicament. It will of course have extra resonance if you know who The Man Without Fear is, what Elektra and The Hand are. But the staging of this story is so effective readers can be swept up in this tale if they’ve never read any previous Daredevil. It introduces itself cleverly, starting off quietly and building to a fast-moving, martial arts-infused, magic and super-powered explosive finish.

The original oversized hardcover version of this story presents the artwork on big pages that showcase Miller’s design sense and allow the half-page and full-page panels to really dazzle. It is now out of print, but Elektra Lives Again is reprinted in the more standard-sized 2008 hardcover Elektra by Frank Miller Omnibus.