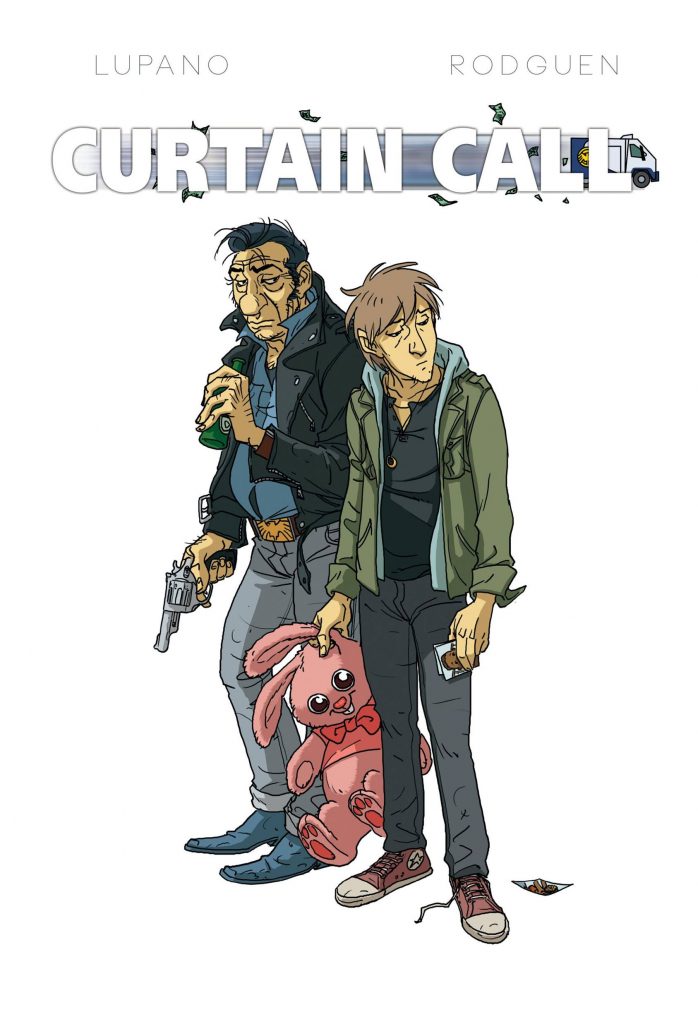 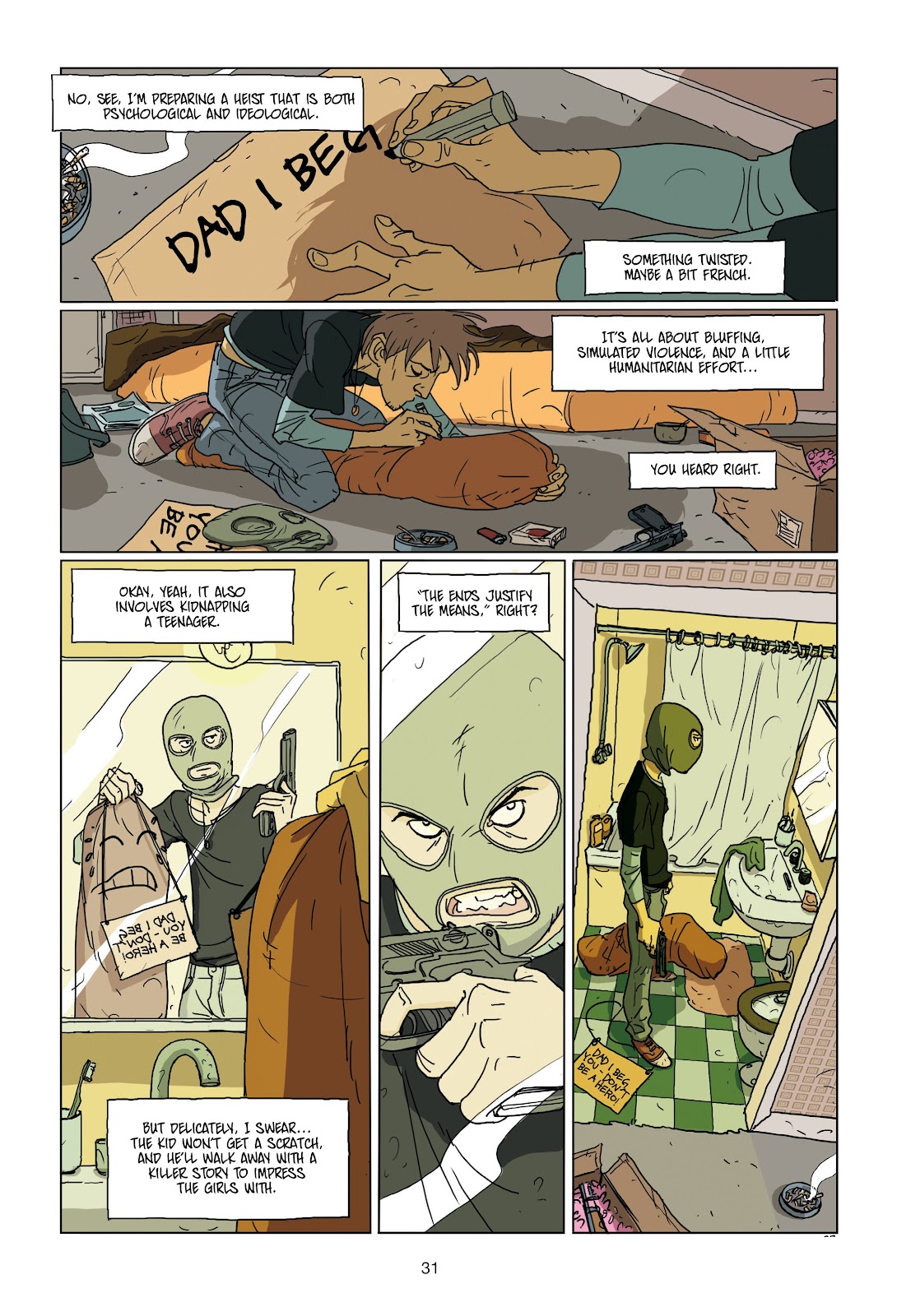 Curtain Call constantly surprises. It’s a crime drama led by the first person narrative of thirty year old Vincent Loiseau, who has plans. These are the means to the end of his returning to Senegal where he fell in love on the beach, and we hear about the plans reasonably early on, prior to being given a tour of his family and their past, reinforcing what it is Vincent wants to escape from. Also involved is his best buddy Gaby Rocket, 1950s greaser throwback and unreliable drunk, so just the person you’d want involved in the plot revealed in the sample art.

Artist Roguen’s alias is formed from the first few letters of each of his given names Rodolphe Guenoden, and Curtain Call is one of just two graphic novels he’s drawn. That seems surprising for such a gifted and individual cartoonist until his film credits are checked on IMDB, which suggest there should be a gratitude that he draws any graphic novels at all. He brings the necessary grime to the cast, defining them as the losers who have to talk to barmen mentioned by Wilfrid Lupano in his introduction.

Lupano is a deft writer who ensures Vincent is a multi-faceted character, prepared to commit armed robbery with replica guns, but concerned about how it will affect the security guards he’s robbing, and intending to ensure they’re eventually compensated. We learn this as Vincent takes us and Gaby on a run-through the week before the planned heist, during which multiple points of possible failure can be spotted. However, Vincent’s narrative is far from linear, dipping back and forth through time, and while the full circumstances of his situation are eventually disclosed, some elements aren’t as strong as others.

Curtain Call will also be seen by some as provocative. Vincent may have evolved somewhat, but despite the love of his life being Senegalese he’s still a product of his environment. His parents and friends are racist, although in his father’s case there’s a dark reason why, and Gaby’s also homophobic. In order to reveal this for what it is, it’s necessary to use offensive terms, but this is no casual shock. It has a later revealed purpose.

Lupano applies a narrative formula, and although he makes Vincent far more sympathetic than you’d first assume, there’s also no room for doubt that he’s a dreamer at best and a loser at worst. Hanging over the entire story is the knowledge that he’s surely going to screw up, and here’s where Lupano proves himself a master of his craft. Two-thirds of the way through the bomb is dropped, having been beautifully set up, and the remainder is smoothly rolled out at one hell of a pace, elevating the entire story. It forces a confrontation with beliefs, forcing a consideration of whether those beliefs are entrenched and why some people are defined to others by a single characteristic. It’s positive, life-affirming in fact, and something anyone interested in character-driven crime drama should read. 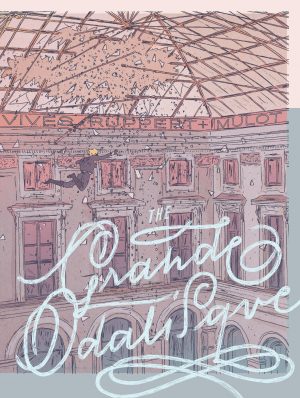