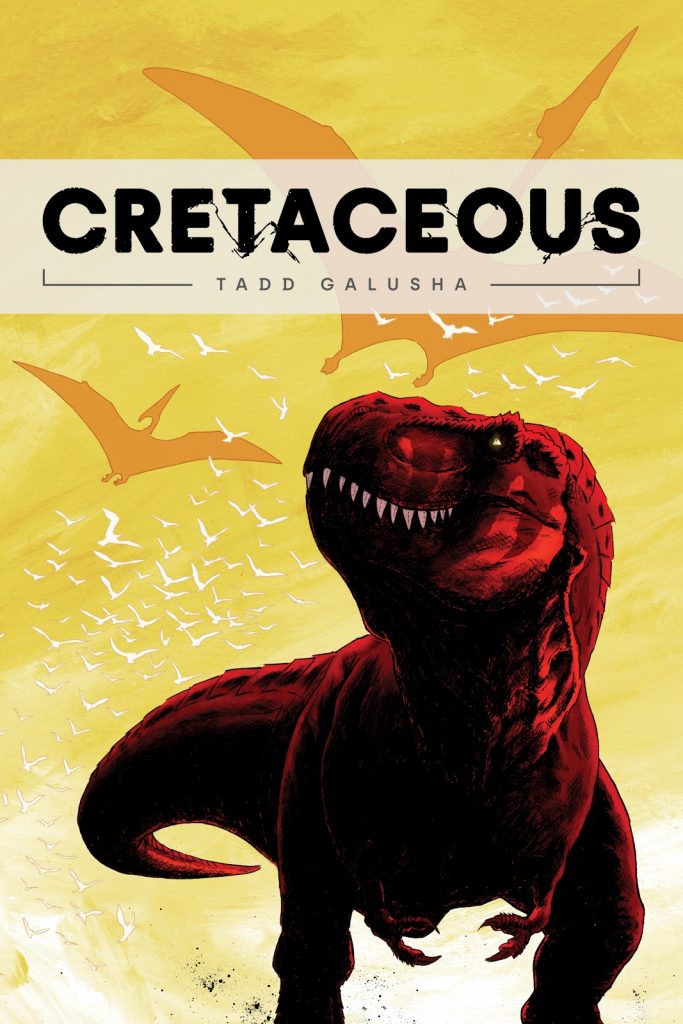 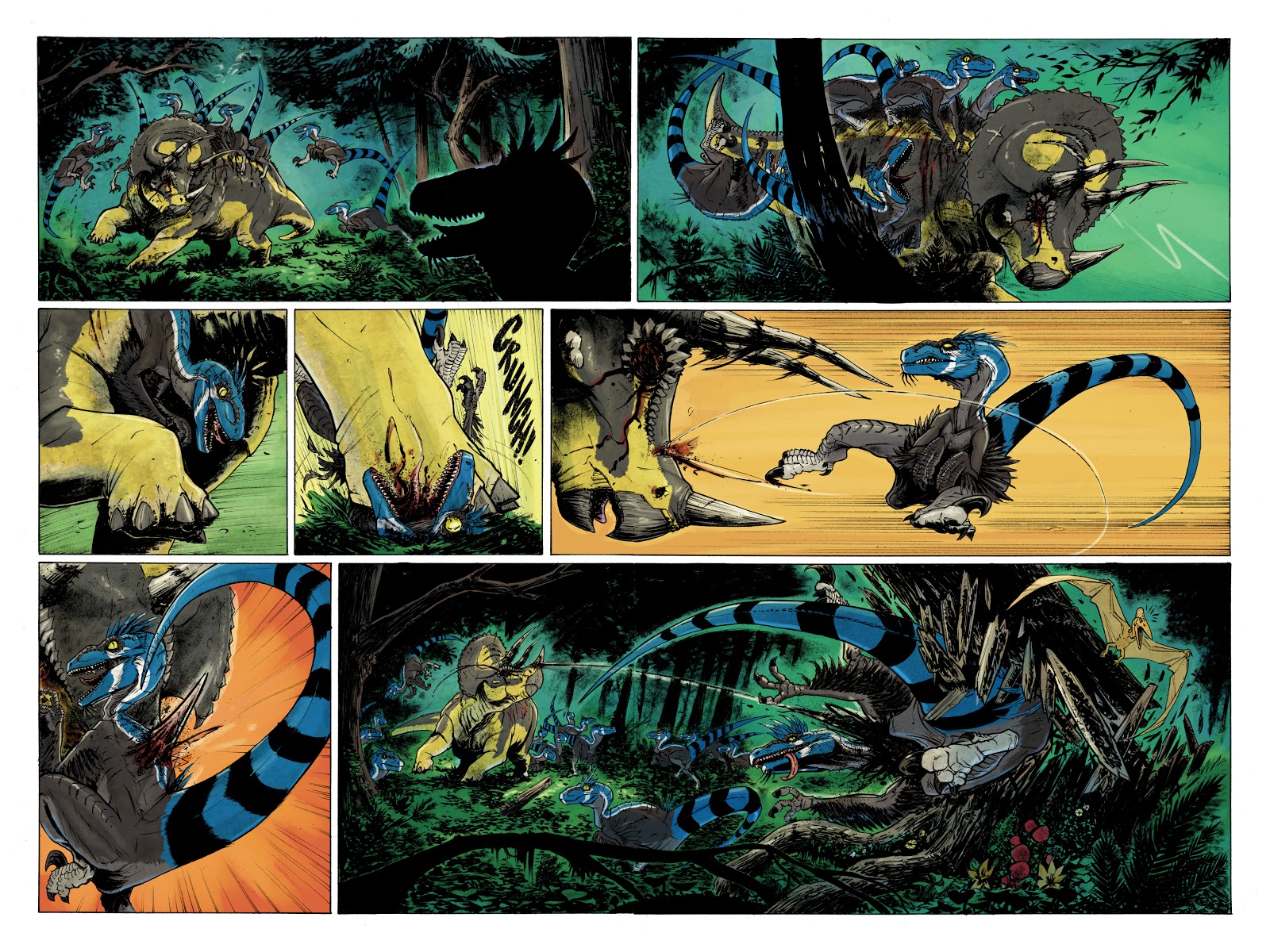 Tadd Galusha doesn’t mention it because Cretaceous is a wordless graphic novel, but the geological era he’s spotlighting occupied just under 80 million years. To put that into context, the most far-reaching estimate of humanity’s earliest ancestors is just 350,000 years ago. The sheer span gives Galusha plenty of scope to explore an era when almost all land-based life consisted of reptiles.

Cretacious-era life as researched and depicted by Galusha distils down to predators and prey. He opens with a Tyrannosaurus Rex, the largest and best known of the era’s dinosaurs, but takes a cinematic approach of following one incident to another via short connecting sequences. A Triceratops was one of the few creatures possibly able to see off a T. Rex, but as the sample art depicts, a co-ordinated attack from a pack of Dromaeosaurs can bring down a weakened giant. It doesn’t take a learned reviewer to identify the species Galusha uses, as following his story Galusha provides individual illustrations of the creatures, showing their size in comparison with men, along with the estimated weight and height of an adult specimen.

Every page of the imaginative art is stunning, Galusha rarely allowing a quiet moment and phenomenal when it comes to the movement of the dinosaurs, which is utterly convincing. He’s a lush colourist also, supplying the vibrancy of an environment whose verdant beauty would never have been appreciated by its inhabitants, and there’s a limited, but well chosen use of silhouette.

Those inhabitants are almost all reptiles, but Galusha considers all available environments, so we see very primitive mammals, insects and marine life, along with the ancestors of birds mixing with species similar to today’s gulls, which seems to be artistic licence. It’s an amazing variety of creatures over an enthralling 48 hours. 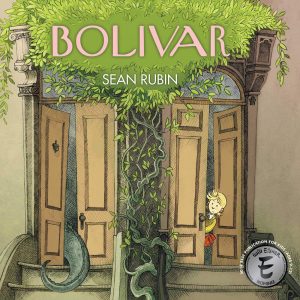 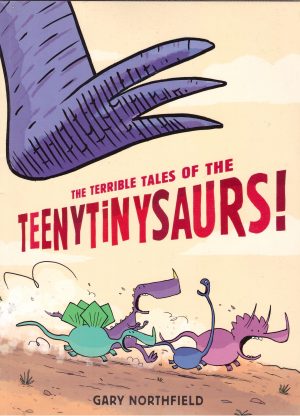