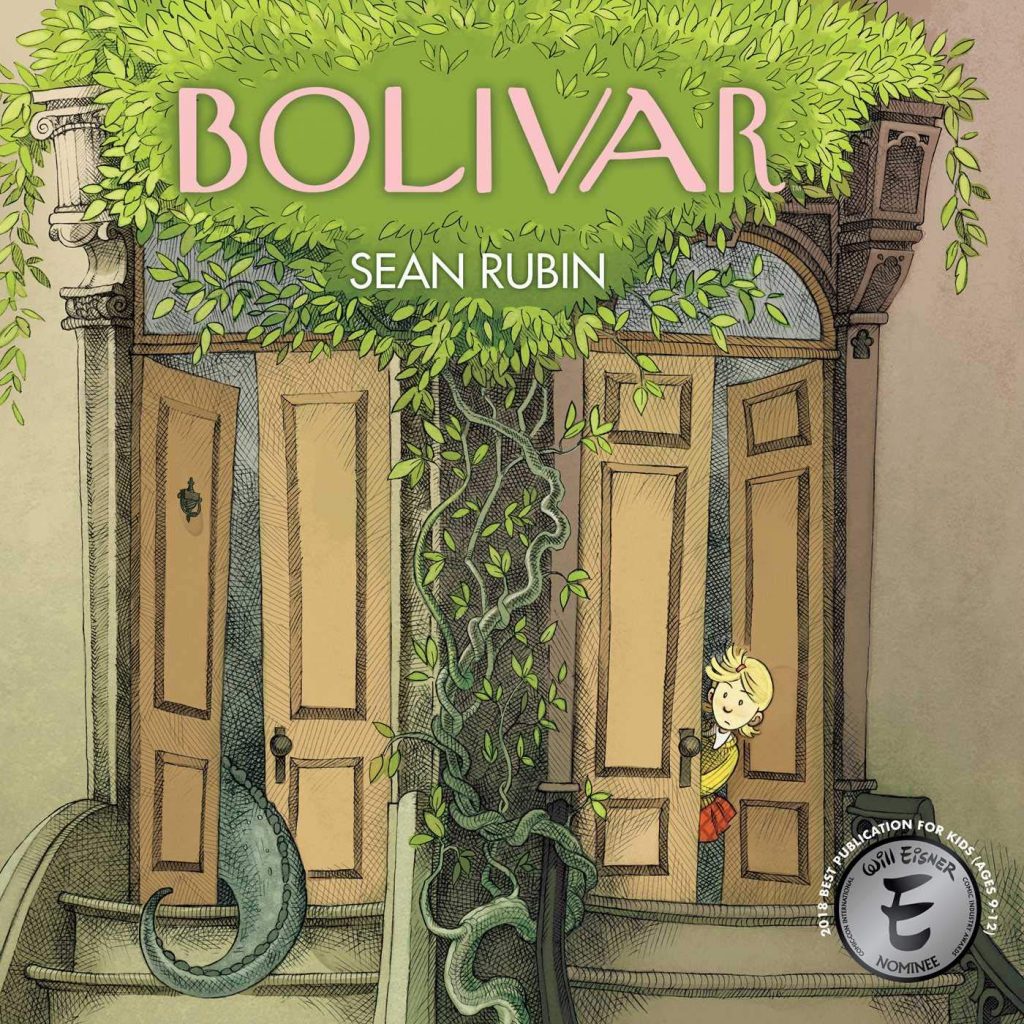 Sean Rubin’s premise for Bolivar exploits the legendary isolationist nature of New Yorkers, who are so caught up in their own business that they don’t notice a fairly large and chunky grey dinosaur with short arms and a long scaly tail walking among them. It’s characterised by a newsstand owner listening to a radio report about dinosaurs becoming extinct, yet ignoring the dinosaur buying the New Yorker, then moaning that people don’t notice anything, having kept his eyes on his newspaper throughout the transaction. Only Sybil notices her neighbour is a dinosaur.

Rubin has a fantastic understanding of what appeals to children, and invests Bolivar with detail and wonder in what’s a mixture of comics and children’s story pages with illustrations. The art is utterly captivating, from the sly sense of humour to Sybil’s inquisitive personality so charmingly presented. His locations are cluttered, be they subway carriage, museum, Central Park or apartment, packed with detail to ensure adults and children alike can lose themselves in those pages, spotting something new with each new reading. It’s an important consideration for a parent having to re-read the same book over and over to an enthusiastic child. Archaia play their part also with an oversized presentation, showing Rubin’s art at its best.

He takes the familiar premise for children’s books about a curious child discovering the truth early on, but adults refusing to believe that truth. In attempting to prove it Sybil’s camera is a constant accessory, but she’s frustrated by always being prevented from taking the photo only she can see. Rubin plays similar games with the art, only showing glimpses of Bolivar, in shadow, through doors, or disappearing off the side of a page. There is an eventual revelation, but not before Rubin’s run through some beautifully absurd situations that will appeal to adults and children alike. It’s such fun, and so is the far shorter sequel Bolivar Eats New York.

As the cover prominently promotes the Eisner Award shortlisting, it should be noted that, perhaps surprisingly, the winner of the 2018 Best Publication for Kids (aged 9-12) category was The Tea Dragon Society. 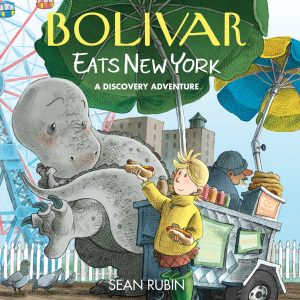 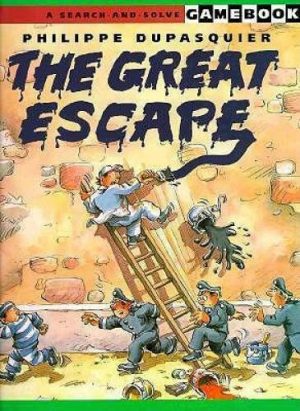