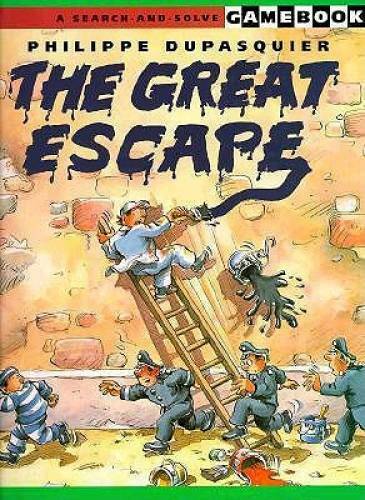 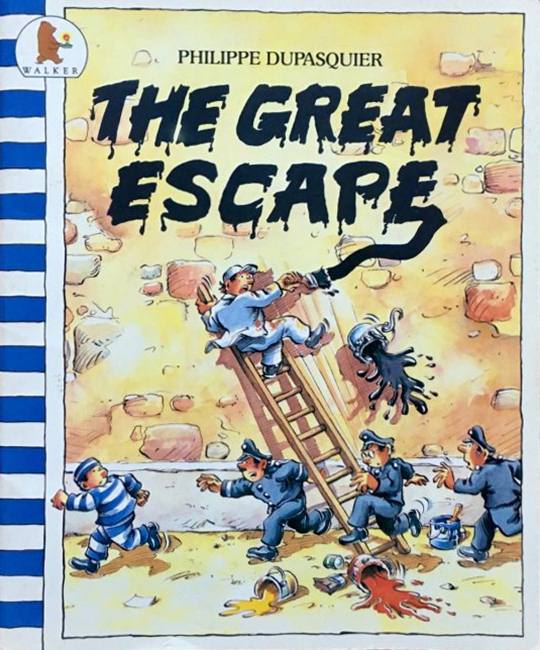 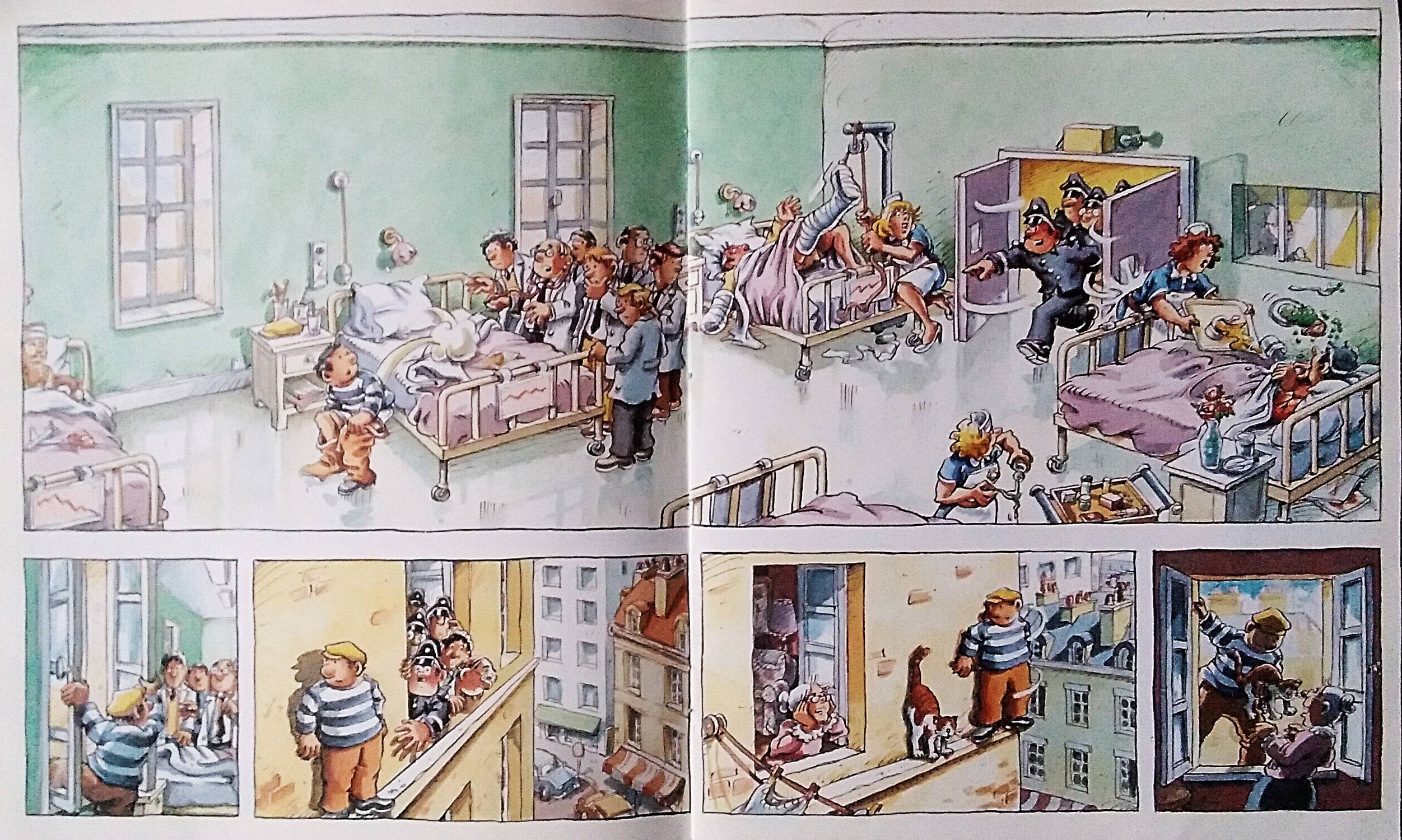 With such an accomplished back catalogue and many British readers who must be familiar with his books from their childhood, it’s surprising that Philippe Dupasquier hasn’t received his due among comics connoisseurs. The Great Escape may be his best book.

It’s a 38 page silent comedy riot beginning with a convict running through prison gates opened for a delivery. With each subsequent spread Dupasquier switches to a new location as the canny convict continually eludes his police pursuers, the Keystone Kops surely an influence. Dupasquier varies his layouts, but almost every spread features one large, detail-packed panel, accompanied by others with the cheery convict on the move, with the locations determining the pace to an extent. Only a charming circus scene provides a brief peaceful interlude, and it’s the only sequence occupying several pages. Initial kindness to an elephant pays off by the end, but not all escapes are as predictable.

Dupasquier has a great talent for illustrating chaos, and chooses locations to maximise the laughs resulting from it. The convict is seen in a museum near a dinosaur skeleton, interrupting films, both shooting and screening, and causing chaos at a fox hunt. This is all illustrated with considerable verve, and is good-natured throughout as bumps and bruises are the maximum damage to people. As in other projects, Dupasqueir packs in the detail, and his larger illustrations bear studying for the nice visual touches and funny little details like the contents tumbling from a handbag, as well as the beautifully sold sight gags. On some pages he adds to the fun by having the convict concealed somewhere, the wedding scene making for an especially tricky discovery.

The Great Escape isn’t just a children’s classic. Dupasquier’s skill, creativity and love of detail make this a delight for anyone who loves comics, and with used copies so easily located online, you really ought to try at least one of his stories. If tempted by this, go for the earlier editions with the blue and white stripes along the left of the cover. For reasons best known to themselves, in 1996 Walker Books added entirely unnecessary dialogue to later editions.