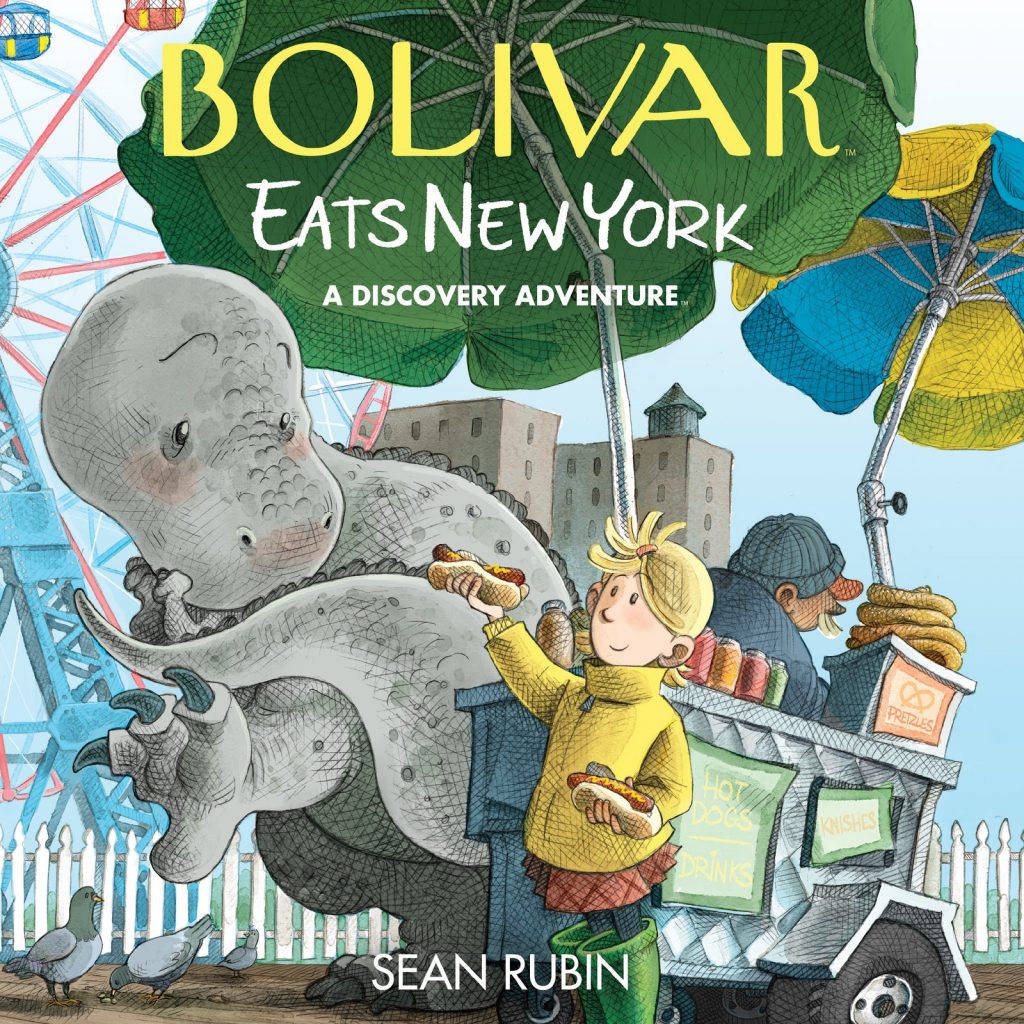 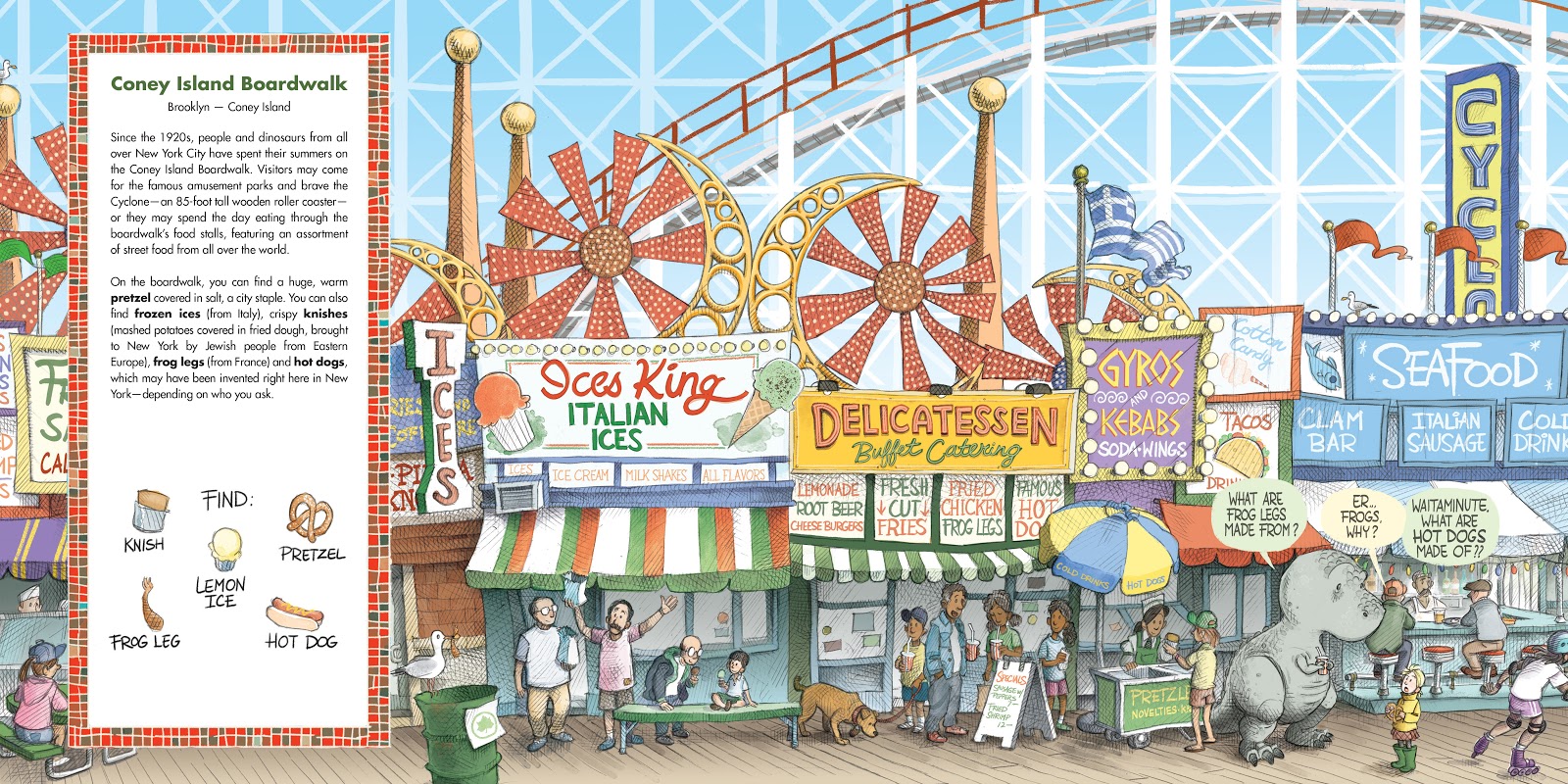 Given that it took Sean Rubin five years to complete the first Bolivar graphic novel, it’s perhaps no surprise that this sequel clocks in at a compact 20 sumptuously illustrated pages rather than the 214 supplied previously. It’s an inevitable, although unavoidable, disappointment, but put that aside, as this is another joyful all-ages treat.

Bolivar whimsically established that when it came to food, Bolivar the dinosaur never strays from the corned beef sandwich. His friend Sybil is amazed at his reluctance to experience other delights, so takes him on a tour of New York’s five boroughs to expand his appetite. In each location Rubin spotlights a different form of traditional New York food, often with more ethnic origins, supplies some information about the food served in the restaurants and offers some suggestions to readers more adventurous than Bolivar. With a supreme resistance to self-indulgence, Rubin resists the temptation to spotlight the Reuben sandwich. Just in case you’re tempted to check them out, Rubin’s afterword reveals the eateries featured are fictional, but representative of a type rather specifically bringing a single restaurant to mind.

Although far shorter, this is a natural extension of the first story, expanding on Sybil and Bolivar’s friendship, and drawn in the same delightfully detailed style. In fact because there’s no necessity to conceal Bolivar this time the drawings are funnier for having him as a central figure. Will his mind be changed? Can there be a form of food more delicious than the corned beef sandwich? No spoilers! You’ll have to buy the book to find out.