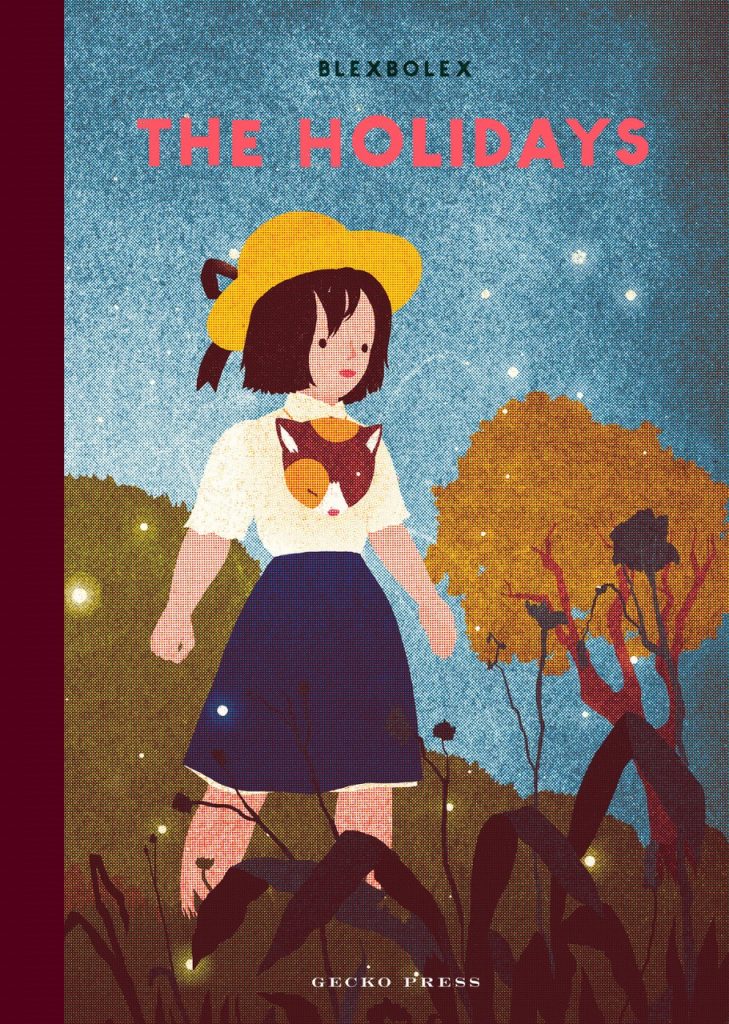 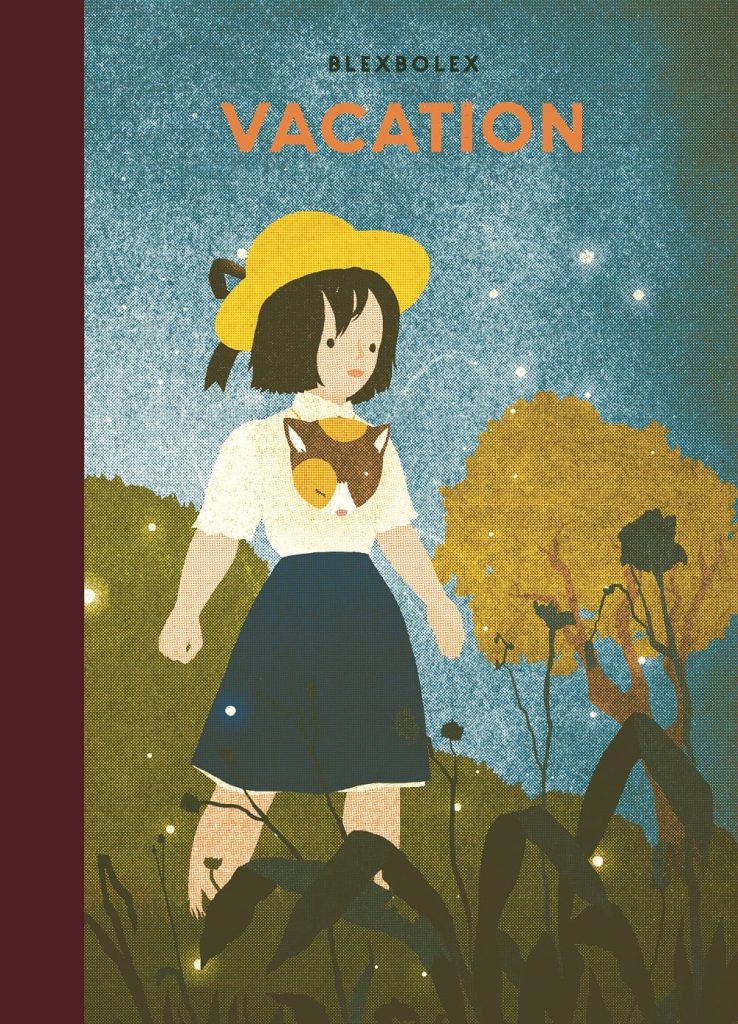 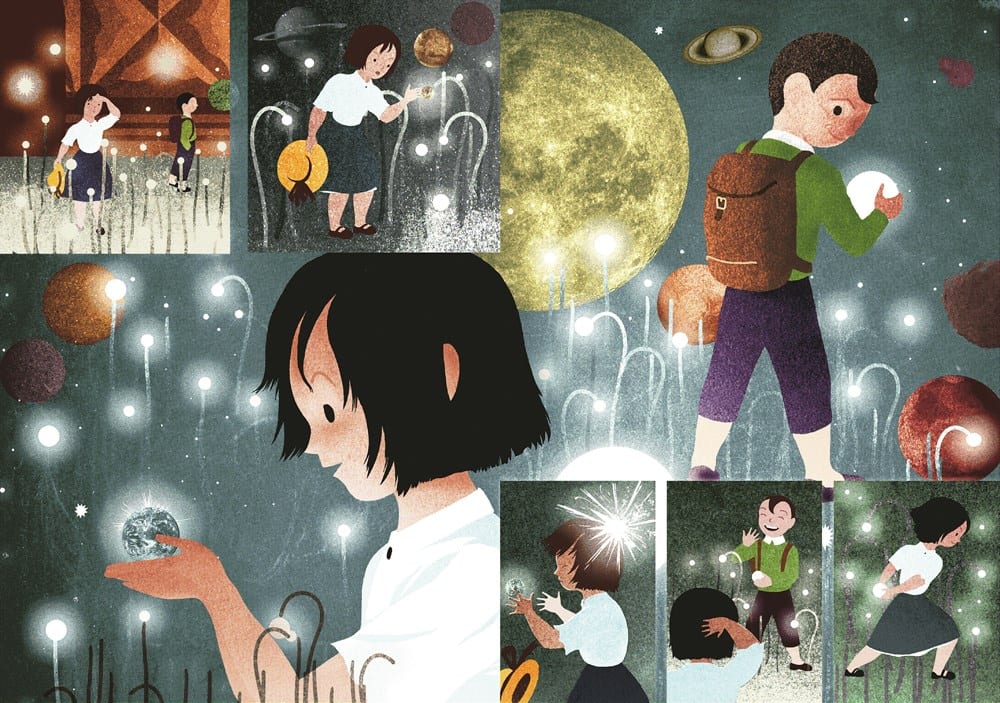 Any book by Blexbolex is a repository of printing and design techniques as well as an exploration of what can be done with narrative. They look like screen prints in series, with a reduced palette of spot colours often overprinted to create complex compositions of shape and colour. Each page is one complete image and text is a separate design element. After several books made this way, Ballad (2013) saw an evolution of his process. To tell the complex story, the images became richer than before, with a greater range of colours, lots of texture and more complicated shapes. The silhouettes became more detailed, with facial expressions for the characters and more elaboration on top of the outlines.

The Holidays takes this evolution a step further. The geometric, simplified shapes and silhouettes that everything was previously built out of have been been discarded for stylised but more naturalistic images, with more detail and texture to them, and lighting effects to add atmosphere and dimension. It’s the most conventional-looking book Blexbolex has ever made, using panels and layouts like a standard graphic novel, although the design elements are as intricately layered as before. The Holidays is a wordless narrative, with the only text on the back cover to set the scene for what is to follow:

“The summer holidays were almost done. I had the whole garden, the fields, the lake and the sun all to myself, until Grandad came home with that elephant.”

A pale, black-haired girl aged somewhere between seven and twelve is enjoying her idyllic countryside summer alone with her grandpa until a new houseguest arrives. The animal behaves just like another child, with awkward table manners, but it tries to fit in with her, to no avail. The girl refuses to accept this change and lets this guest know he’s unwelcome with pranks until the tormented elephant responds in kind. But could there be some relationship between this creature and the boy who appears to her as a delightful playmate in her dreams? This story unfolds in small panels inset in larger double-page spreads of intense colours, filled mostly with the dense woodland that surrounds the country house. The characters are strongly defined by their movements and expressions in lovely sequences that show us how they feel, leaving us to puzzle out just how their relationships work. What does it all mean? In an interview, Blexbolex explains his book like this:

“… The story is about missed opportunities. It’s about the assumptions we make that aren’t always right. The girl likes to control and enjoy her space and her time, and decides these can’t be shared. She isn’t mean, she just doesn’t understand that this time and space exist for others as well. She chooses to ignore it. She makes a mistake and will eventually regret it – the mistake is revealed, true faces are shown. So, it’s the story of an experience.”

It may be a tricky concept to explain to younger children, but older readers will enjoy this beautifully told puzzle with so much information to tease out of these pages with repeated reading. The Holidays was originally published in French as Vacation, winning the Salon du Montreuil 2017 Le Pépite D’or, France’s most prestigious children’s book award, and the Silver Medal in the 2018 Society of Illustrators Original Art Exhibition.