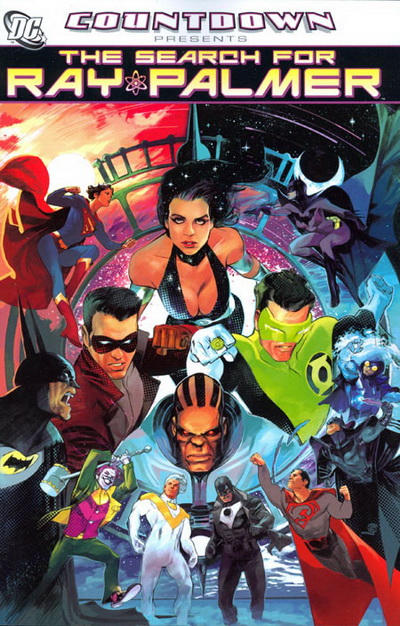 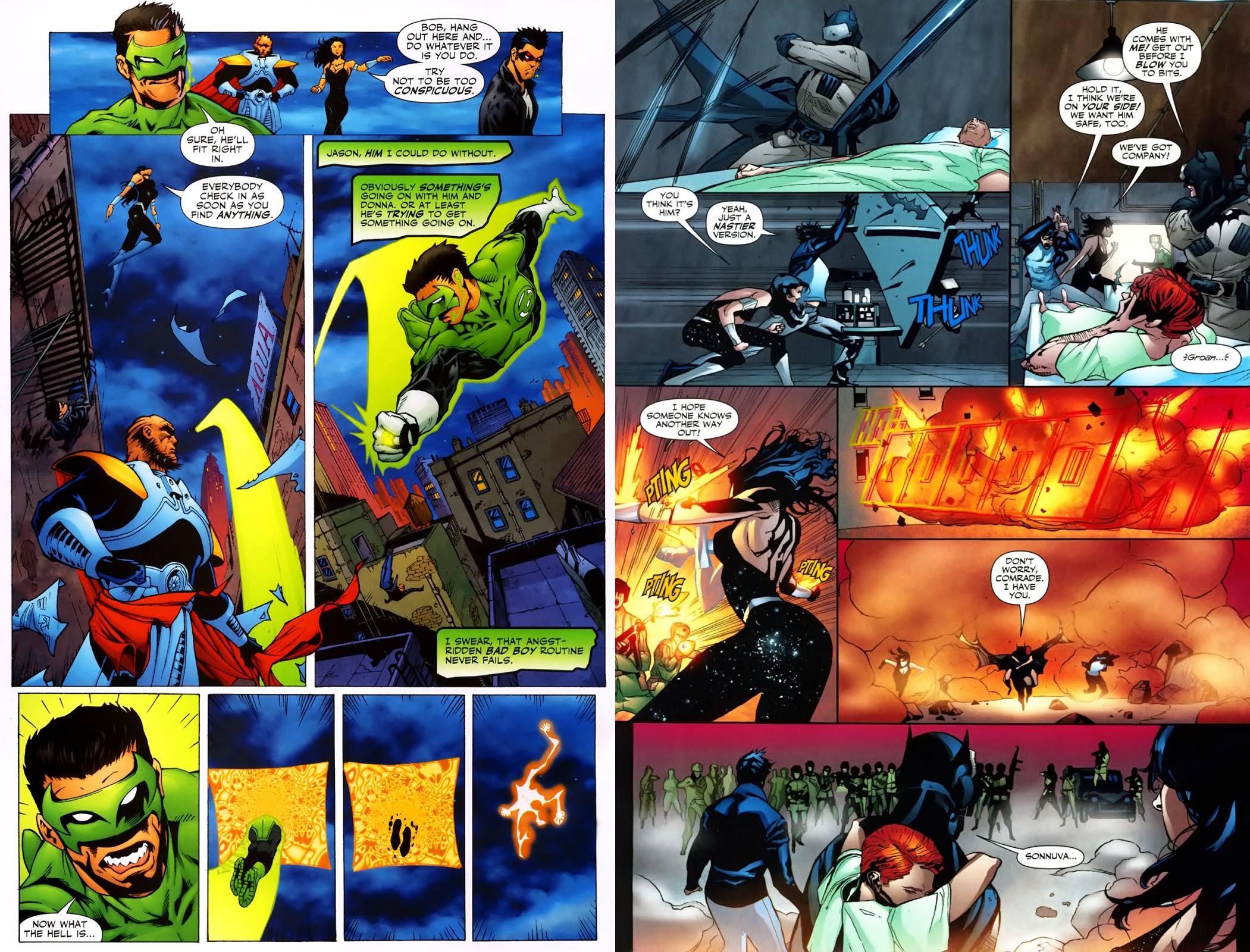 One of the major plot threads of 2007 mega-crossover Countdown to Final Crisis is that missing physicist/shrinking superhero Ray Palmer holds the answer to an unspecified Great Disaster looming in the future of the DC Universe. A select group of heroes must search all the realities in hope of finding him before its too late. They’re led by a renegade Monitor, a kind of super-watchman assigned to invigilate one of the 52 universes of the multiverse. A number of different creative teams follow the team as they jump from one alternate Earth to the next, many previously seen Elseworlds concepts, handily assimilated into the DC universe for the occasion.

‘Running Wild!’ by Ron Marz and Angel Unzueta (sample art left) has Donna Troy, Kyle (Green Lantern) Rayner, Jason (I used to be Robin, and dead) Todd and Bob the Monitor encounter various heroes and villains of the WildStorm Universe in an annoying series of disconnected vignettes that only make sense when read in conjunction with the relevant instalments of the weekly series.

Much more palatable is ‘The Jokester’s Last Laugh’ by Sean McKeever and Jamal Igle as the searchers – calling themselves the Challengers of the Unknown – arrive on a world where good is evil and the superheroes are villains. This chapter at least boasts a complete story that can be followed as does the next sinister stopover on an Earth where Batman became a vampire.

‘Red Rain: Blood Lust’ by Peter Johnson, Matt Cherniss and Kelley Jones is a brief interlude that leads directly into ‘Red Robin’ by Johnson, Jones, and Eric Battle. It featues a gory undead horror from which our protagonists barely escape.

Their next stop is the far more dignified but no less deadly world of Gotham by Gaslight. ‘Night of the Bat’ by Brian Augustyn and Greg Tocchini, provides a good old-fashioned romp followed by the equally impressive ‘Red Son’ set on a world where that rocket from Krypton landed in the Soviet Union not Kansas, originally seen in Red Son. Alan Burnett and Travel Foreman (sample art right) produce this high-octane cold war incident.

The book, if not the story, ends with ‘Superwoman/Batwoman’, a charming and rather peculiar tale from an Earth where the genders of everybody we’re familiar with are reversed. The strangeness comes courtesy of writers Justin Gray and Jimmy Palmiotti, and pencillers Kalman Andrasofszky, Jeremy Haun, David Hahn and David Baldeón.

On the last page you’ll find that the Challengers don’t succeed and that you’ll need Countdown to Final Crisis Volume 3 to find out what happens next. As with all the tales here you’ll be reminded that the real story is going on elsewhere and that the confusions you’ve been experiencing were largely unnecessary. The transition from periodical publishing events to book collections is still a young science and every so often the formats simply don’t work together.

This time it would have been best to stick these one-shots into the appropriate places in regular compilations rather than have them stand as the bewildering mess they are here.