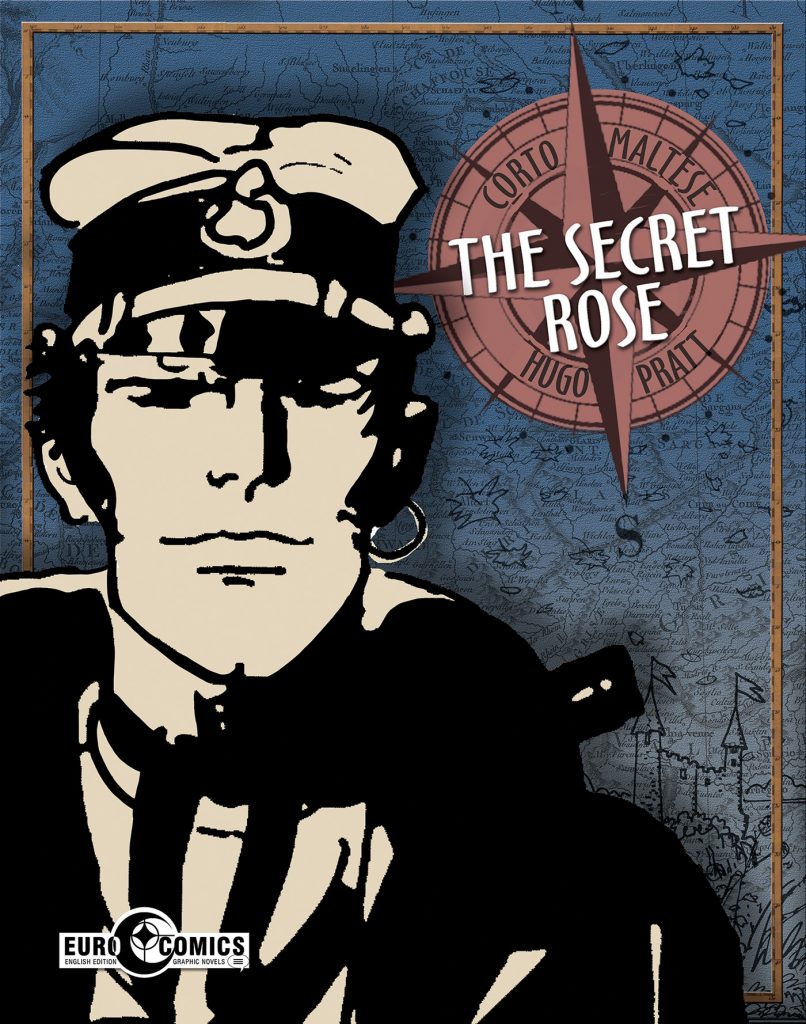 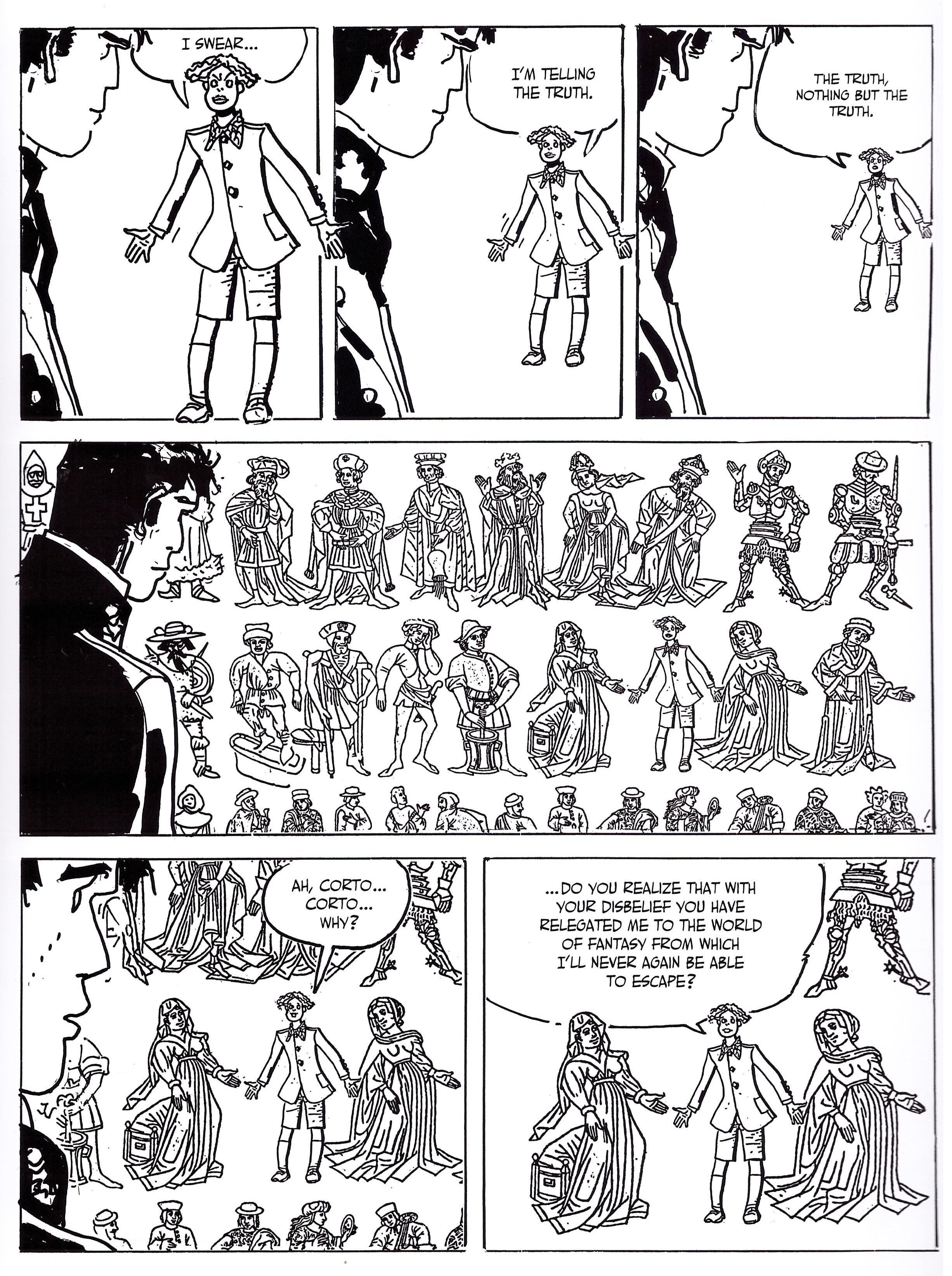 Corto Maltese has always been infused with a non-judgemental sense of spirituality and mysticism, Hugo Pratt open to the idea that much remains unknown to humanity. In some stories it’s restricted, such as the previous Tango where an explanation for two moons was the only intrusion into reality, but The Secret Rose is almost entirely a trip into the unknown. Here mythology and mysticism, alchemy and astrology, and history and hallucination collide.

While it’s a rare Corto Maltese volume that doesn’t include a form of literary allusion, The Secret Rose is almost overwhelmed by them as Pratt turns his attention to legends of the Holy Grail, picking apart both myths and literature on the subject, and associated works. It’s certainly a toweringly ambitious book, but also difficult and at times perplexing as Pratt spins out one arcane reference after another, making some pages almost footnote references to other works. Corto is taken on an allegorical journey in which characters address the reader directly, self-aware, morphing from one persona to another. Is this a puzzle to be solved, just as the Holy Grail’s possible location has obsessed so many across the centuries, or ethereal whimsy to be absorbed and discarded? Pratt’s always demanded historical awareness of his readers, but that serves them little here. A line key to understanding is when Corto meets someone who tells him “the world as we knew it didn’t appeal to us anymore, so we decided to turn it upside down”. In places Pratt appears to be mocking the symbolism of legends, the resonance of myth, and in others he’s deliberately reinforcing Corto’s status among them. It’s an interesting contradiction.

The illusory nature of The Secret Rose permits some experimental art with stylistic clashes mirroring the philosophical contrasts of the plot as Pratt incorporates the staged formality of figures from medieval tapestries into his own looseness. Similar creations recur, both assisting and tormenting Corto. And if nothing else can be taken away from an illusory graphic novel, it’s that Pratt draws a great gorilla.

Not since Celtic Tales has Pratt immersed Corto so thoroughly in a dream world, but The Secret Rose is far less tethered to reality, and to earn the most from it, the literal minded have to relinquish control. It’s so considerably removed from the usual adventure tone as to be challenging and frustrating, the rewards few and the one consistency being Corto as ever impassive about his own fate. The Secret Rose is overly intellectual and majorly indulgent, but neither thrilling, nor, despite the whimsy, much fun. The final Corto tale is Mu – The Lost Continent.