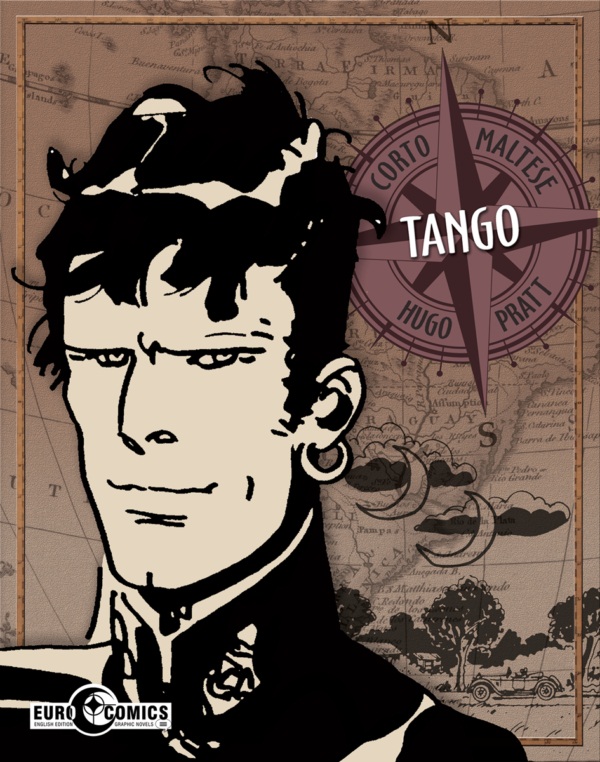 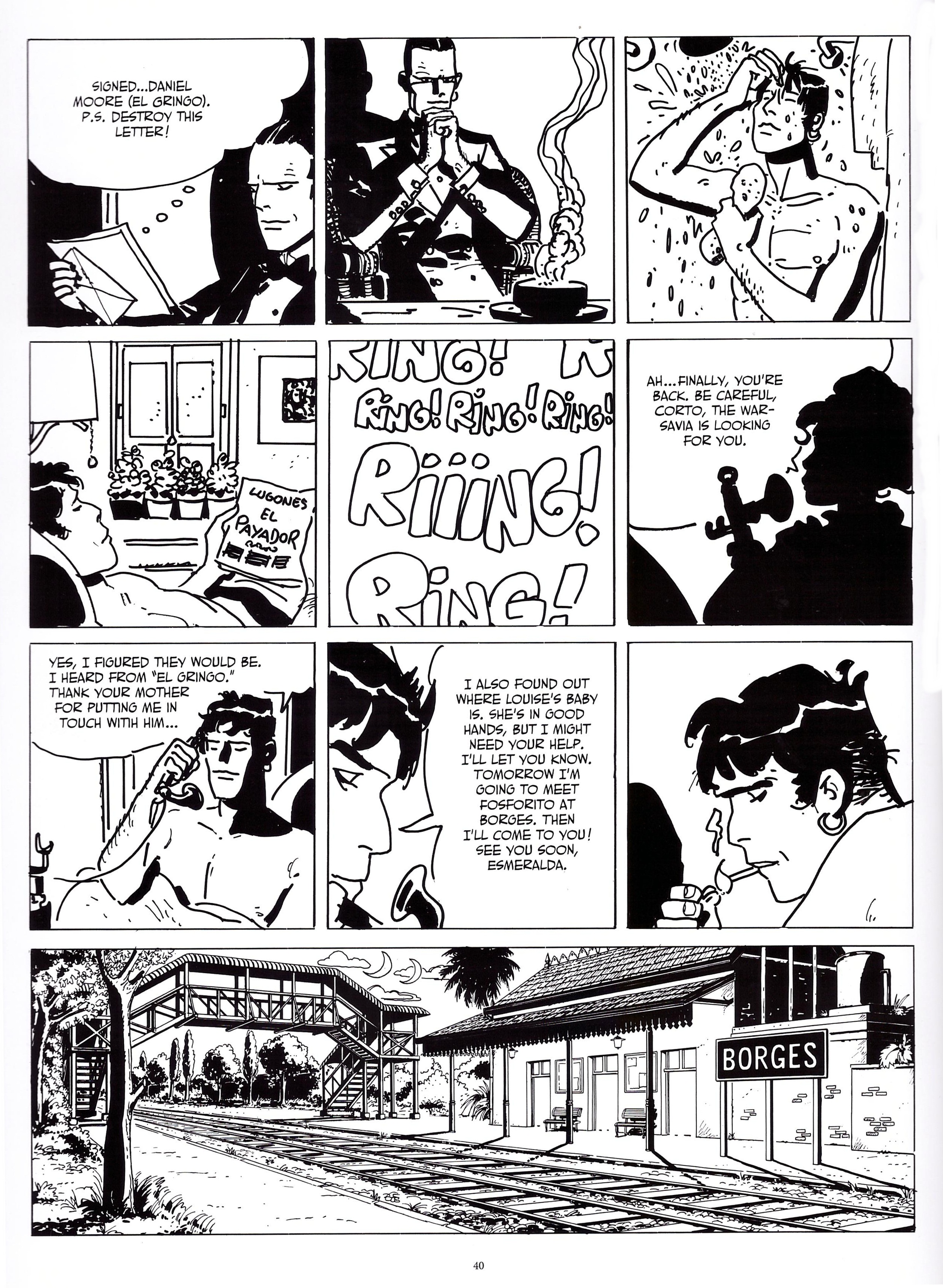 Tango is a far more personal story than most Corto Maltese graphic novels, being Hugo Pratt’s love letter to the city he called home and the culture he absorbed when he lived and worked in Argentina on and off for twenty years from 1949. That experience provides first hand knowledge of complex social systems and interpretations of honour providing a constantly absorbing background to Corto’s attempts to track a missing friend, Louise Brookszovyc, last seen in Fable of Venice.

Corto’s arrival in Buenos Aires, the questions he poses, and the people he asks gradually unravel previously stable relationships, and as the body count rises more and more seediness emerges into the light. Among all this Corto is the equivalent of the chemical catalyst, unchanged himself, but causing turbulence, with the dealings of the rich and powerful at stake. The violence, passion and pattern of delicacy involved are echoed in Argentina’s most famous dance, hence the title.

Pratt the artist is a man of two approaches. His figures, faces, and backgrounds are loose and impressionistic, often shadow drenched, yet whenever a form of transportation is required he becomes a technical draughtsman. Pratt draws an old canvas-topped period car again and again, every time an original illustration, with no detail too small to omit in the creation of precision. The pattern of the tyre tread, the roof buckles and the way the car leans according to the camber of the road are all taken into account. The same desire for a form of reality applies to his station in the sample art, the name a tip of the hat to Argentinian fabulist Jorge Luis Borges, and considered down to the weeds growing at the edge of the platform.

It’s the atmosphere that renders Tango so compelling. Strip away hallucinations of two moons, the ink-drenched faces, and the silhouette panels and what’s left is procedural crime drama, one that’s beautifully slotted together and tangled, but a crime drama nonetheless. Where Tango differs from earlier Corto Maltese is the absence of events being played out against canvas of historical importance. It’s compactly located and confined, the background local to one area of Argentina, and the known names that feature are beyond their place in history.

While the paper stock remains heavy, with The Golden House of Samarkand the series switched to coated paper. The greater reflection of light on the gloss coating emphasises a slightly increased contrast between black and white, but at the cost of strange negative effects on a page read in bright light. The Secret Rose follows, the penultimate Corto Maltese by Pratt.