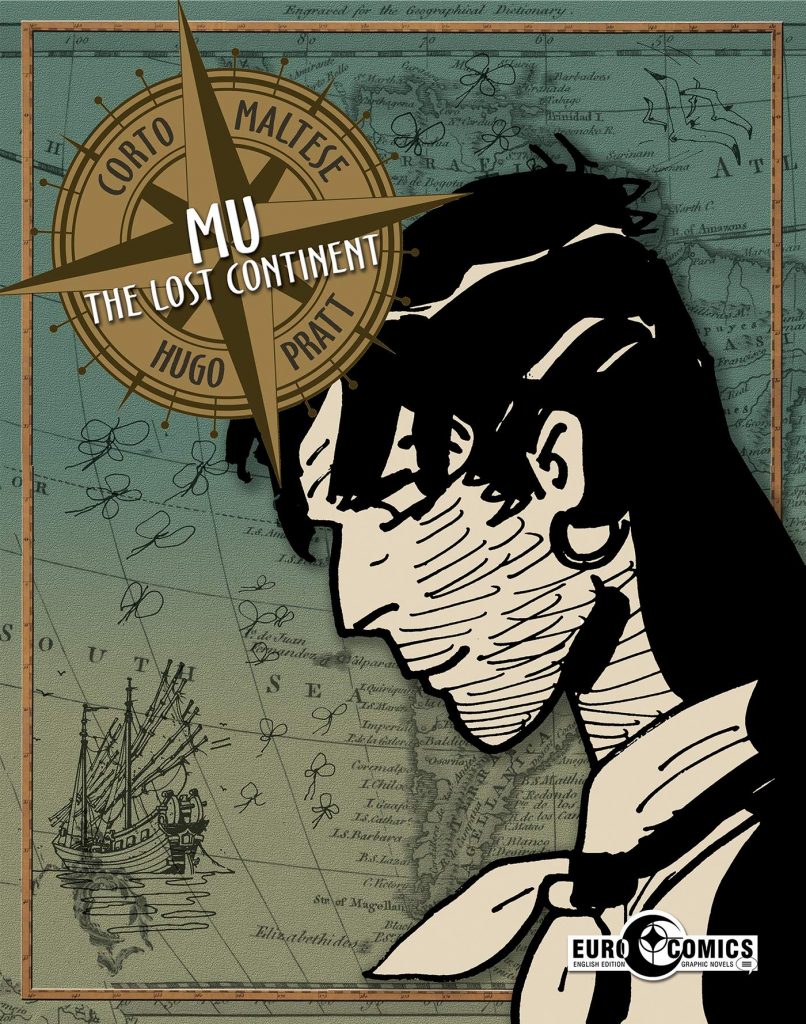 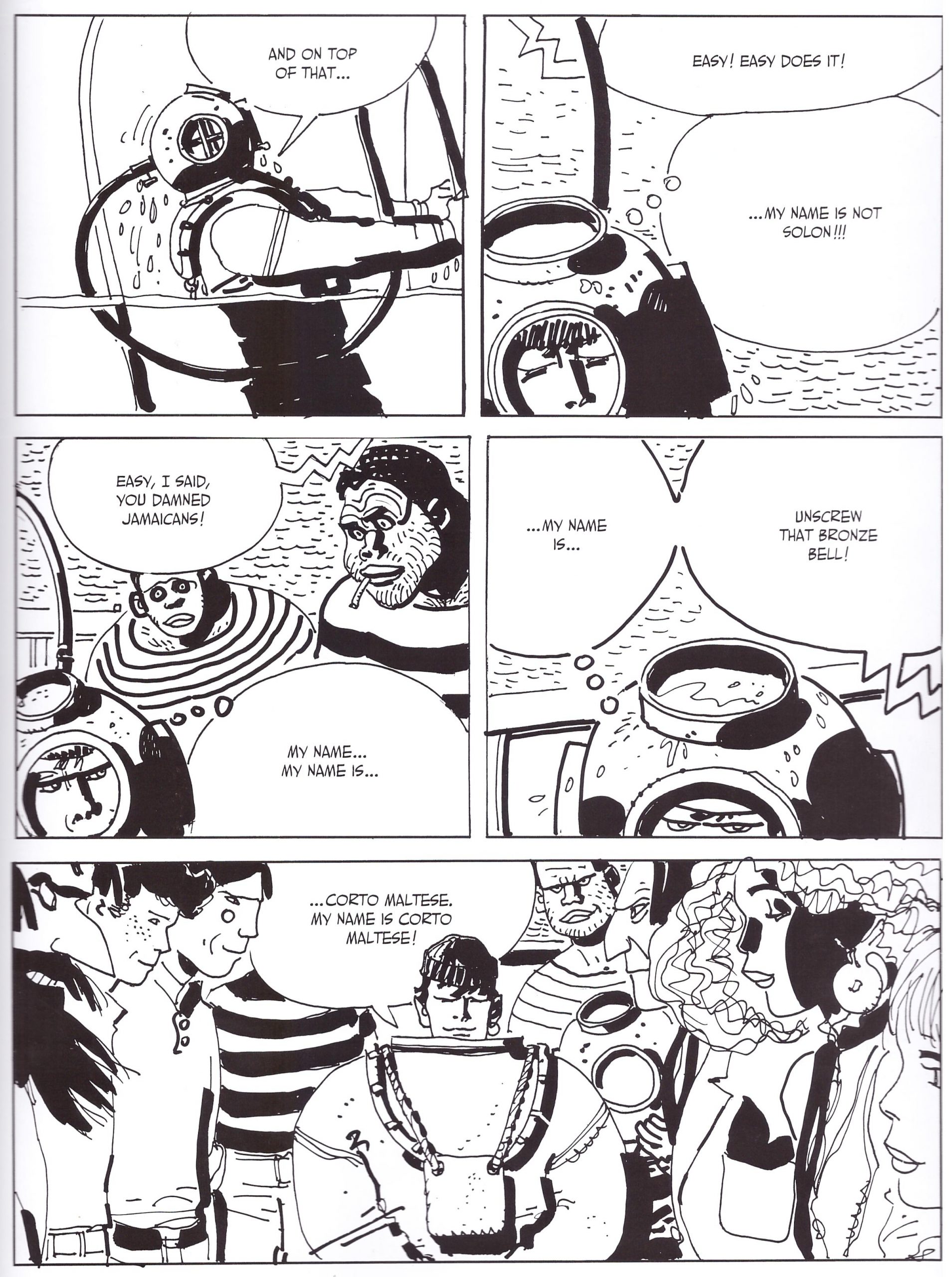 Hugo Pratt frequently uses Corto Maltese to blur the lines between reality and mysticism, taken to its zenith in the impenetrable musings of The Secret Rose, but Mu takes a step back, still dabbling, but providing a stronger tether to reality. A dreamlike state is perpetuated from an opening scene aboard a boat populated by Corto’s assorted friends and allies from earlier books, which has the feeling of Pratt staging a valedictory play assembling a fondly remembered cast of supporting players one last time. The assorted historians gathered around Corto discuss legends of lost civilisations, volcanic upheaval causing islands to sink, and decoding Mayan artefacts.

Ambiguity is prevalent as Pratt again blurs the lines, providing a trivial adventure plot of Corto’s attempts to rescue an abducted friend, but it’s just a concession, because the real purpose of Mu is to contemplate connections and what we leave behind. What connects myth and reality, the past with the present, symbolism with meaning? Despite being on one mission that becomes another Corto’s never short of time to have a philosophical discussion with the eccentrics who cross his path, and this provides a greater reality than the staged interactions with the supporting cast from earlier books.

Just as mysticism and spirituality clash in the story, there’s a duality about the art. Pratt transmits a gloriously unfettered sense of rapidity, his panels impeccably designed, but including no more than necessary when it comes to defining people and places, some of the former almost dashed off abstractions, and others almost clumsy. However he applies the precision of an architect in supplying the various fixtures and fittings of a yacht, rendered in immense detail, even when the boat is seen from distance.

Rasputin is Pratt’s wild card, the only one of the supporting cast who counts, an intrusive and random presence forced on the audience and benignly accepted by Corto no matter what atrocity he commits. He represents humanity’s base nature, dragging Corto back to Earth as he strives to consider higher ideals, a devil preventing transcendence. Pratt’s consideration of Latin American myths, Gospel continuations, and mystical realism is considerably removed from the grand adventure of earlier Corto Maltese graphic novels, but why should any creator continually repeat themselves? As Pratt aged his interests changed, and Corto Maltese changed with him. While not as rarefied as The Secret Rose, Mu – The Lost Continent is no crowd pleasing read for the final Corto graphic novel. It strings together points for consideration with little concession to narrative, and if narrative is preferable, ten earlier Corto Maltese graphic novels provide it in grand style.