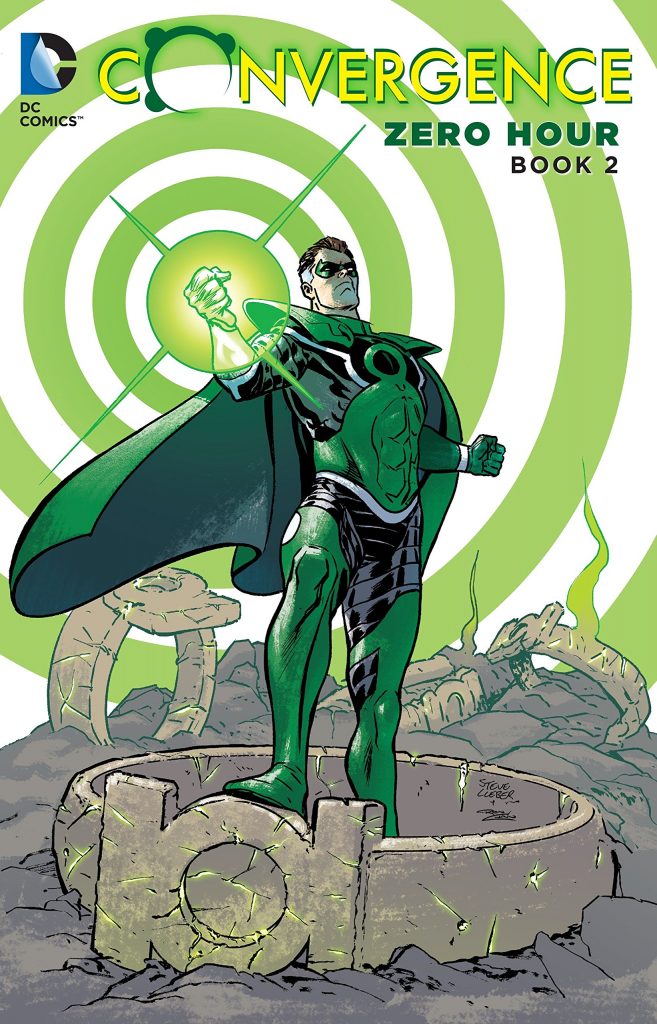 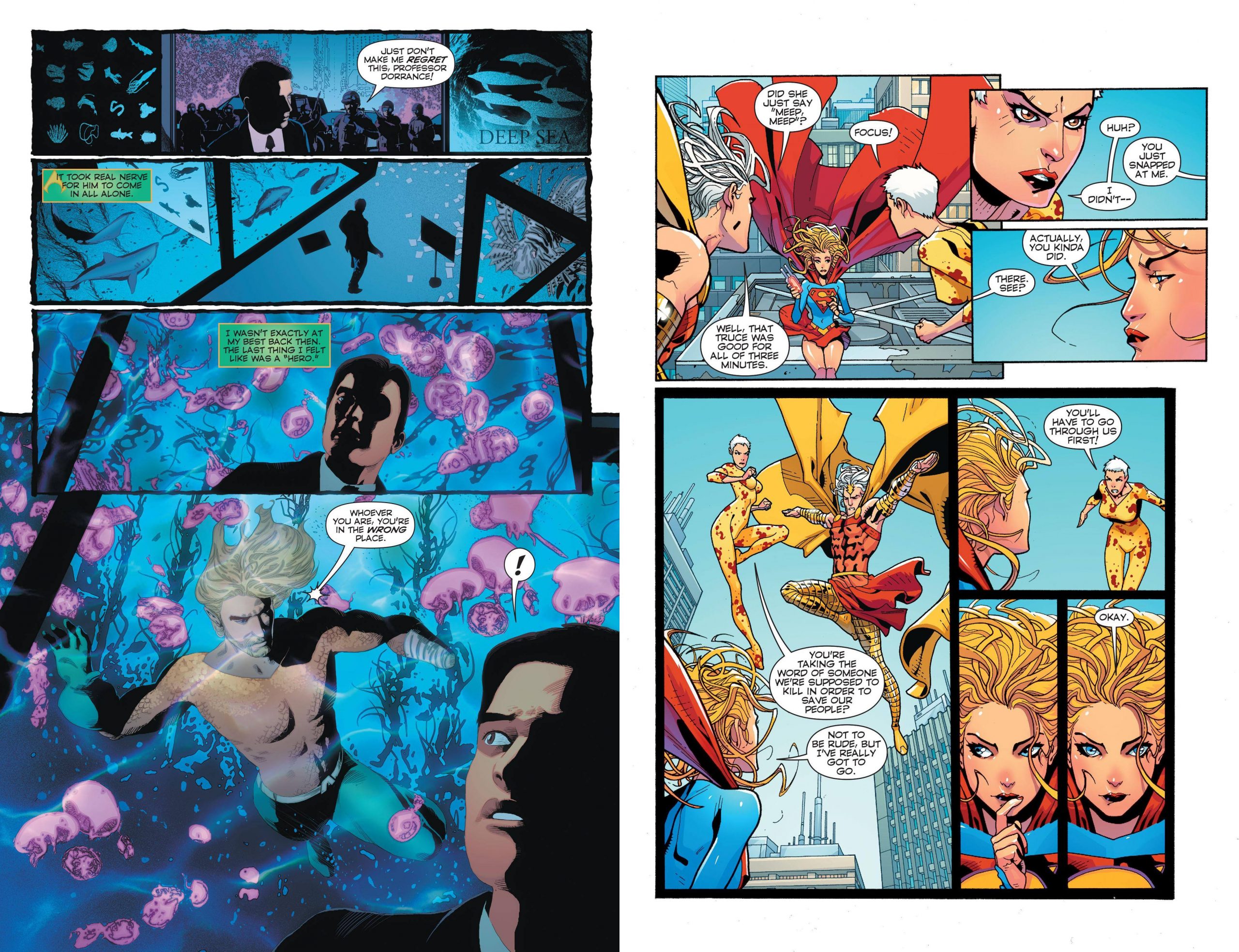 This second dose of Convergence: Zero Hour follows the pattern of the first, looking at cities housing DC’s superheroes in their 1990s iterations trapped under domes, the superheroes without powers as the story begins. As seen in the main Convergence graphic novel, they’re subsequently told they’ll have to fight the heroes of another dome to the death for their city’s survival. Each hero, or team, stars in a two chapter story, and this is a more interesting selection than the first for being able to do what DC titles couldn’t in the 1990s when WildStorm was a separate company, and their heroes hadn’t yet been acquired by DC. Revealing which former WildStorm characters appear would spoil some nice surprises, but the match-ups are generally good.

It’s a little stiff in places, but Zero Hour Book 2 opens with some otherwise moody Cliff Richards art on Aquaman, at the time minus a hand, which had been replaced by a harpoon spear. Tony Bedard’s plot starts as introspective, Aquaman musing on being a King out of water, trapped in Metropolis, then morphs into a thrilling chase sequence, the reader never sure who the cat is. It sets the standard at above average.

There’s more impressive art from Philip Tan on Larry Hama’s teaming of Batman and Azrael. It starts as gangster noir and develops interestingly into something very different, although the second half is drawn by Rick Leonardi, nicely, but without as much atmosphere. Hama’s genre switch certainly surprises, but despite the cinematic touches the second half is more ordinary, although maintaining tension through Azrael and Batman not knowing everything there is to know about their opponents.

Bedard’s back for a Green Lantern story featuring Kyle Rayner and a disgraced, self-pitying Hal Jordan. It’s not pretty as drawn by Ron Wagner, and is the weakest material. The same opponent also features in Keith Giffen and Timothy Green II’s Supergirl outing, this Supergirl being the artificially created Matrix imprinted with Supergirl’s personality. It becomes strange very quickly, Giffen never approaching the traditional superhero battle, and the weirder things become, the greater the entertainment. Green II’s art is very stylised, and inconsistent. If he put half as much effort into his figurework as he does for Supergirl’s hair, this would look spectacular. Be sure to check up on Spackle.

Zero Hour ends with the 1990s Steel by Louise Simonson and June Brigman. There’s no faulting them for representing Steel and his cast as they were back in the day, and the choice of foes is interesting, and they arrive early. However, the guest stars could really be anybody, and this is ordinary.

Convergence Zero Hour Book 2 improves on the opening volume, and features some very nice art, but while the other stories have moments, it’s the Aquaman and especially Supergirl sequences providing the most imagination and creativity. Related pairs of graphic novels are titled Convergence: Crisis, Convergence: Flashpoint, and Convergence: Infinite Earths.