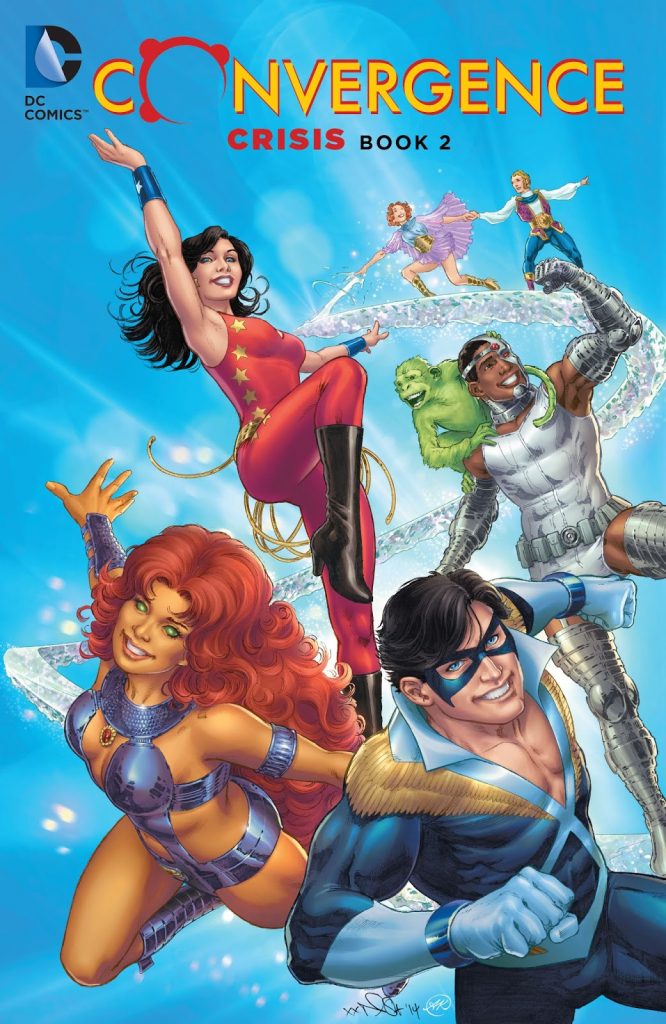 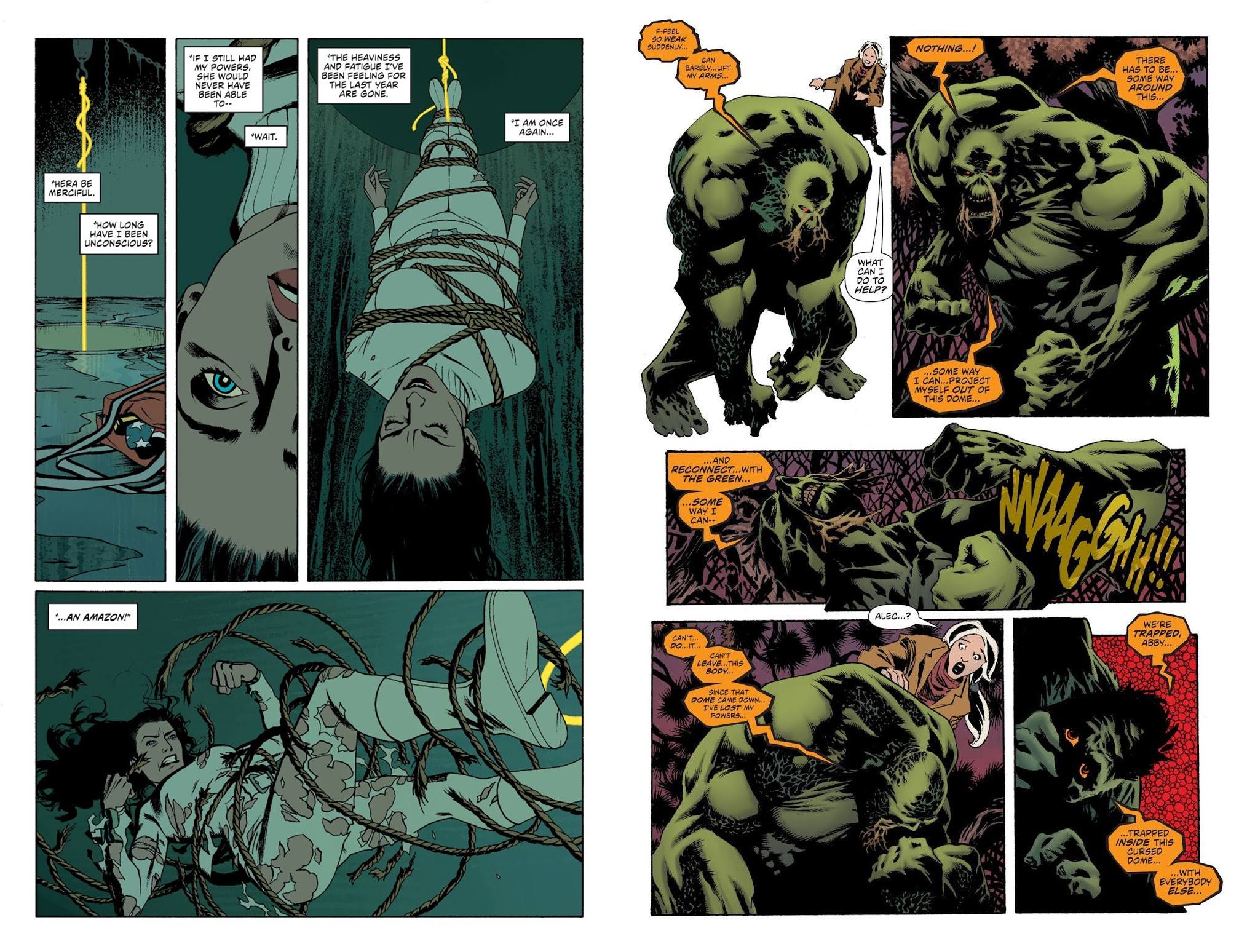 This second dose of Convergence: Crisis follows the pattern of the first as introduced in the main Convergence graphic novel, looking at cities housing DC’s superheroes in their 1980s iterations trapped under domes, those superheroes without powers as the story begins. They’re subsequently told they’ll have to fight the heroes of another dome to the death for their city to survive. Each hero, or team, stars in a two chapter story. As in Book 1, the lead character is introduced in the opening chapter struggling in the new world, while the second introduces their foes. In this collection they’re all more obscure versions of characters with familiar names.

Larry Hama’s Wonder Woman without powers reverts her to the 1970s white-suited version, which is a novelty, especially as drawn by Joshua Middleton, but that’s only for the opening chapter. When the feral threat is revealed Aaron Lopresti takes over. Hama heads more readily into tragedy than other writers in the collection, and it makes for a clever opener, as does the thought behind who Wonder Woman faces, someone she’d easily be able to deal with under other circumstances.

Considering Kelley Jones built his career on his art resembling that of Bernie Wrightson, it makes perfect sense that if the other of Swamp Thing’s creators is on board, Jones should drawn Len Wein’s story. Interestingly, Wein opts to jump forward through Swamp Thing’s continuity to the version modified by Alan Moore, and also interestingly he uses another character previously defined by Jones. The odd aspect is their arriving from the same continuity as Wonder Woman’s foes. It’s a satisfying horror story, atmospheric and unpredictable.

Fabian Nicieza appears to have drawn the creative short straw by being allocated the most ridiculed of all Justice League incarnations, the early 1980s Detroit based team, but he overcomes the odds by making them a bunch of characters to care about. He and Chriscross also introduce their foes early, the Secret Six, but not the best known team with that name. It’s about self-belief and resourcefulness, and while heavier on the action than the remainder, it reads well enough.

The Teen Titans are cover featured, in the 1980s DC hottest super team as written by Marv Wolfman. He returns, and if his creative partner George Pérez wasn’t available, there can be no complaints about Nicola Scott’s poise and energy. It’s another occasion where the foes are introduced early, a very different Doom Patrol, and Wolfman takes the opportunity to address a few relationship issues. This is a little overbaked, but as it’s set during Kole’s very brief Teen Titans membership it ought to appeal to their fans.

Barry Allen is the Flash featured in the final story, and Dan Abnett picks an interesting time, when everything seemed to be resolved for Barry and he was unaware of what lay ahead. Of all the heroes to spend a year robbed of their powers it’s surely cruellest on the fastest man alive, and Abnett explores that before introducing an interesting foe. Federico Dallocchio is up to the requirements of a unique superhero battle, and this is the highlight of a collection that never hits heights, but should satisfy fans of the characters seen.

Convergence Crisis Book 2 doesn’t quite match the opening volume, but scores by having better art throughout, and it’s not as if anything is poor. Related pairs of graphic novels are titled Convergence: Flashpoint, Convergence: Infinite Earths and Convergence: Zero Hour.