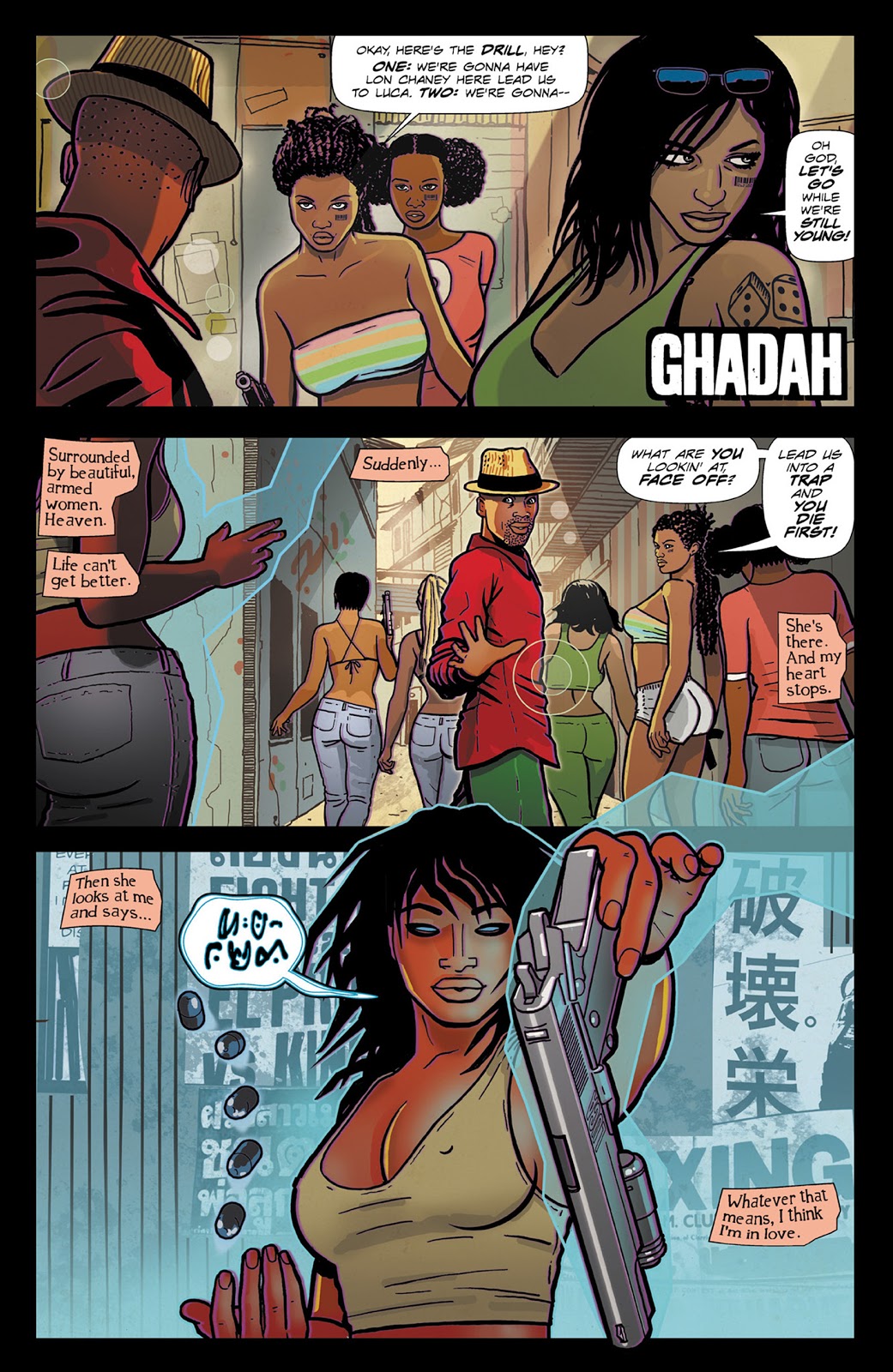 Concrete Park is set the dystopian future of Scare City where the living is anything but easy. It’s a big place on a desert planet where Earth dumps its criminals. The meanest and hardest of them rise to the top of the pecking order, with each section of Scare City controlled by a gang, and survival depends on either staying out of their way or keeping them happy. Neither is the simple option.

Tony Puryear plots with Erika Alexander, and handles the art himself. That’s his portrait of Luna on the cover, and it’s through her being chased through town that we come to know who’s who, everyone on her route tuned into Chavez on the radio. The amount of background Puryear and Alexander created to bolster Luna’s environment is apparent from the eight pages of supplemental material detailing the various gangs and the phrases used, although the writing is good enough that the meaning of most is clear in context even if the word is new. They’re also considerate enough to provide a map of Scare City on the endpapers. For all that background, You Send Me is very much a visceral thrill, the sideshows feeding Luna’s flight as more characters are introduced, some of them aliens.

There’s something of street art to Puryear’s drawing, which concentrates more on individual images than formal storytelling, giving the impression of jumping film frames, but it’s very effective and his speciality is defining personalities. Ten people have primary or secondary roles, and a couple of dozen more are background characters or with small roles, and Puryear ensures each can be distinguished, a talent beyond many long established artists, never mind a relative newcomer, so that’s notable. He’s also great with the props, lovingly drawn buggies and the like, but having the viewpoint close in on the faces for so much of the book means the locations suffer.

As You Send Me ends, enough has been done to ensure we’re intrigued and want to know more about Scare City, Luna and how Isaac Lee’s arrival is going to change things. That’s all good.

Further influences are hinted at via the importance of radio and the two Concrete Park volumes being titled You Send Me and R-E-S-P-E-C-T, with a fuller soundtrack available at concretepark.com. 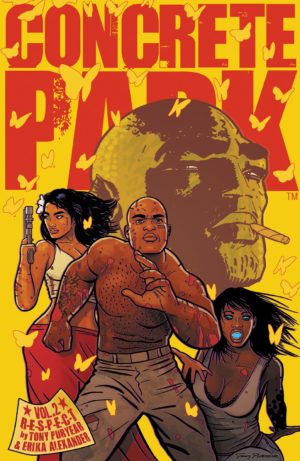