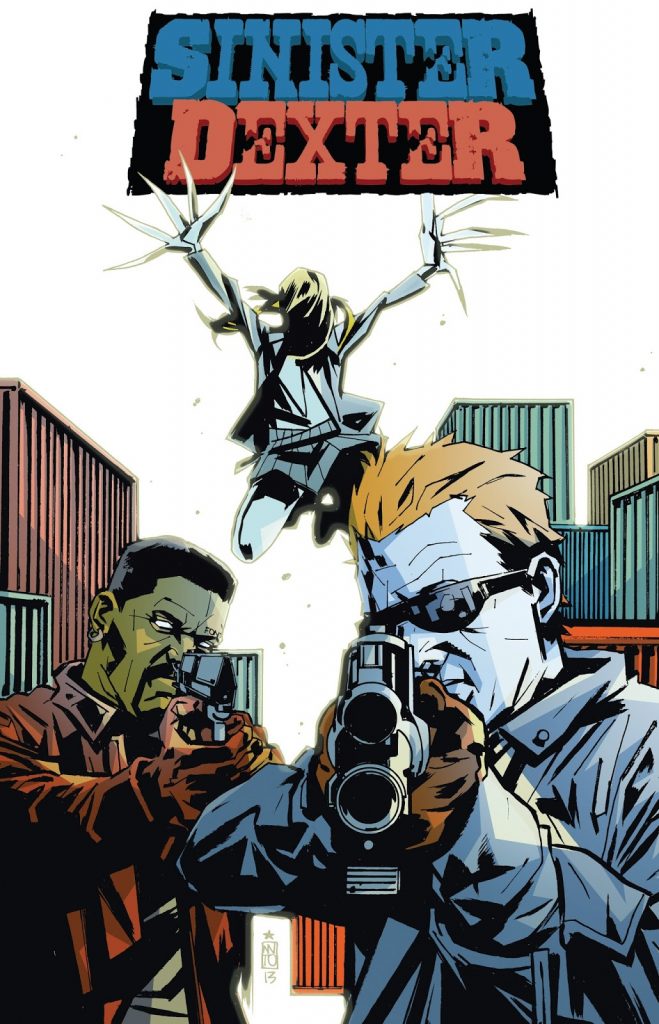 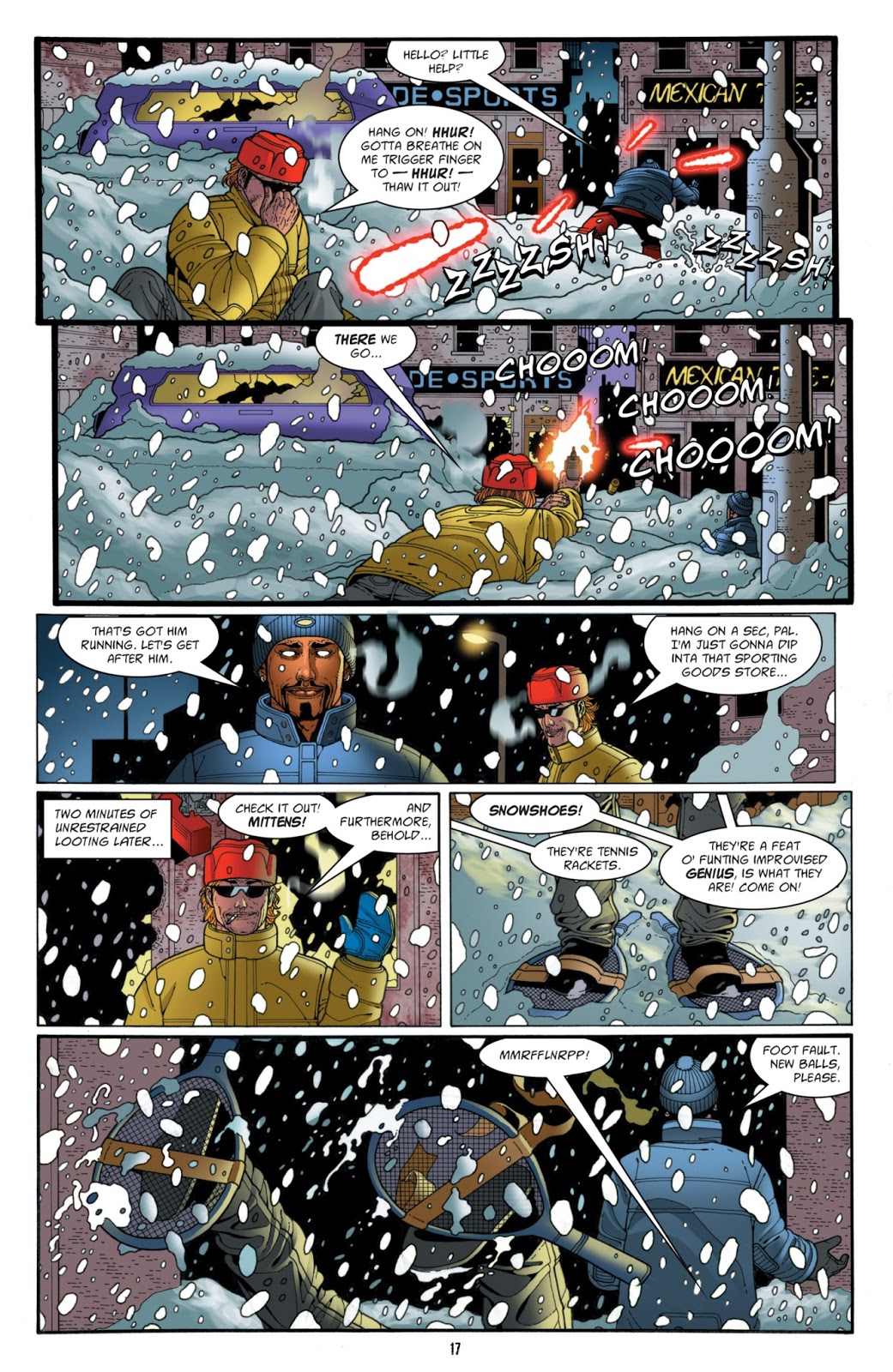 Issued as part of 2000AD’s short lived licensing deal with American publishers IDW, this Sinister Dexter collection provides a nice insight into the world of Downlode’s premier gunshark team, while also giving the false impression that Andy Clarke is the only series artist. He’s among the most frequent contributors, but far from the only one.

The longest piece, occupying nine of the standard five page chapters, is ‘Mission to Mangalore’. Following a period of criminal upheaval in Downlode, Sinister and Dexter feel their services might be better provided in the East, to the criminal fraternity of Mangalore. Abnett answers the question of whether bullets will see off ninjas, throws in a bizarre cute schoolgirl robot and returns Sinster’s former wife. It’s entertaining, but not among the best of the strip. The linked ‘Bullighting Days’ and ‘Shrink Rap’, concentrating more on Dexter’s past and his first meeting with Sinister do qualify as that, Dexter unburdening himself to a therapist taking an entirely different route from The Sopranos, although obviously inspired by it.

Original publication order isn’t followed, giving the false impression that Clarke’s artistic progress is a case of two steps forward and one step back. He has a fine line and instinctive eye for layouts from the earliest contributions, and gradually loses the stiffness that accompanies those. For a long while it’s the story inked by Dylan Teague showing Clarke at his best, but by the final work, dating from 2003 and 2004, Clarke has developed into the artist who’d go on to produce notable work for DC.

The final three contributions have yet to be reprinted in UK collections (the remainder are available in Slay Per View, Eurocrash and Money Shots), beginning with ‘Oh Kal Cutter’, in which Kal Cutter arrives in Downlode on recommendation, apprenticing himself to Sinister and Dexter. Abnett plays most stories for laughs, Sinister and Dexter maintaining their fearsome reputation despite the sometimes ridiculous stumbling blocks he throws in their way, but occasionally he’ll surprise with something that tugs at the conscience, or the heartstrings, or both. Kal’s experiences are of that type. Suspicious readers may sniff a loophole at one point, and indeed later Sinister Dexter episodes return to that.

This provides a fine sampler to Sinister Dexter’s world, and if intrigued you’ll surely want to check out the UK collections. They start with Gunshark Vacation and Murder 101, or if just Simon Davis art and an album size read is preferred there’s Gun Lovin’ Criminals.