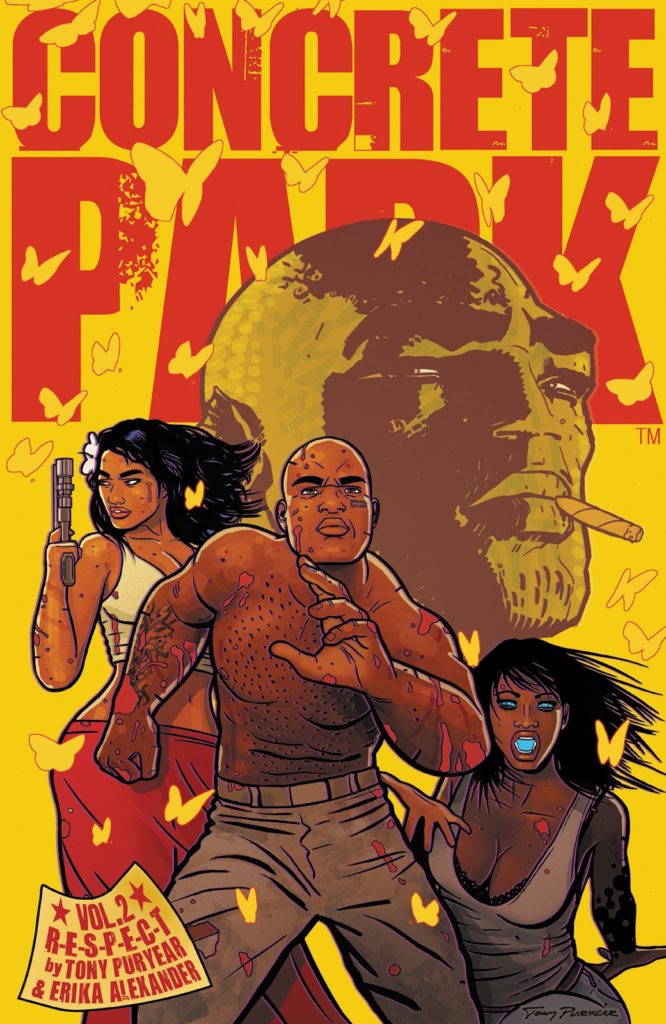 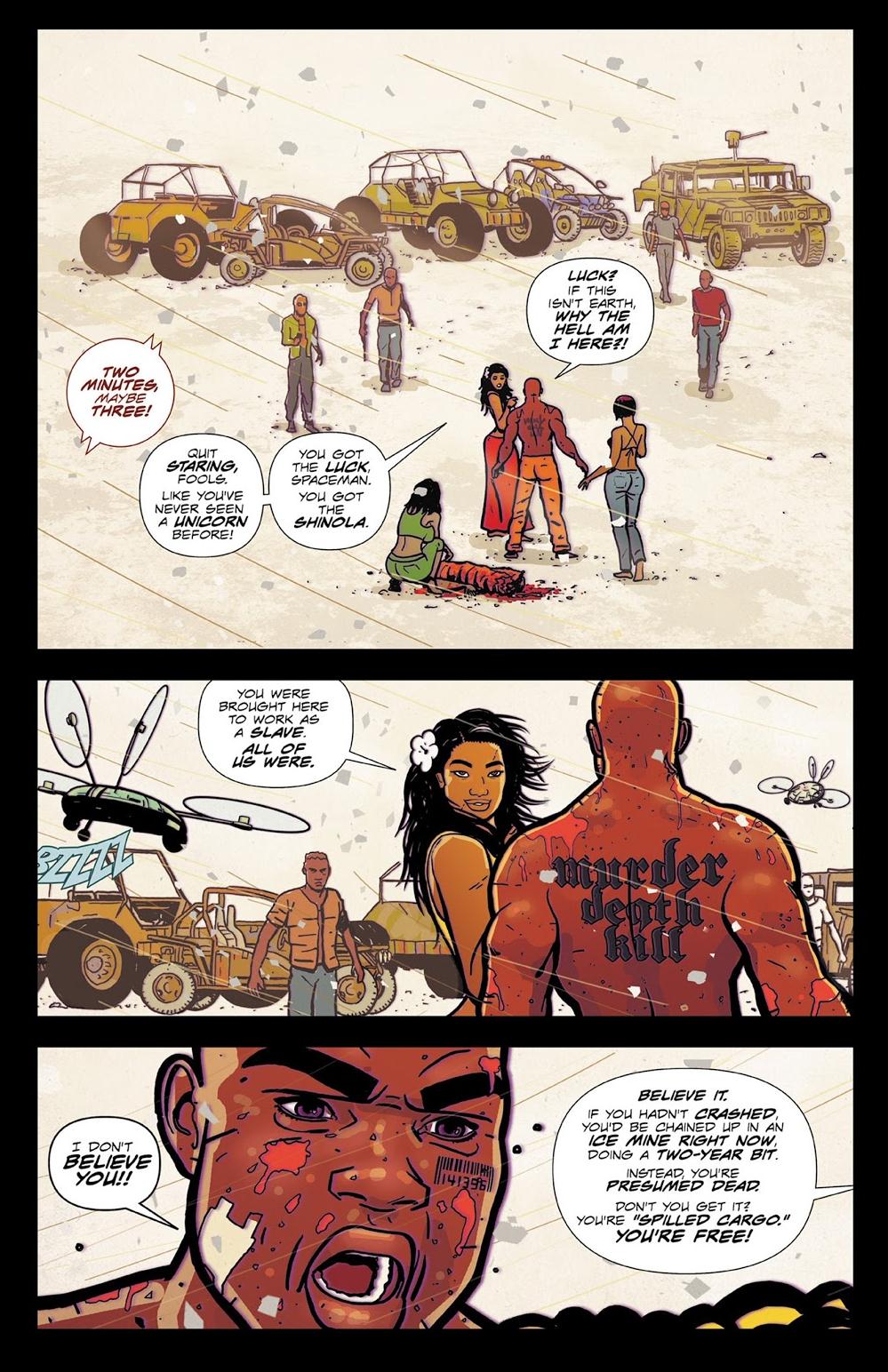 At over double the page count, R-E-S-P-E-C-T provides a considerably longer chunk of Concrete Park than before, and reveals far about Scare City and its inhabitants. You Send Me ended with Isaac Lee surviving a crash from a ship transporting him to work in the mines of an alien planet, and making the acquaintance of Luna and others. Although it might not seem that way, as explained on Tony Puryear’s sample art, Isaac’s caught one hell of a lucky break.

Puryear’s pages have the look of someone whose artistic influences extend beyond comics. He conceives some amazing visuals, such as the gang leader with the entire city tattooed on his back, just one of several colourfully designed and utterly distinct personalities adding to an already large cast. There’s a graphic look to the art, where the image is prioritised over the storytelling, but without overly hampering understanding of what’s happening. As before, some more views from distance might occasionally help the story, but it’s nowhere near a fatal problem.

The Warriors is an obvious influence, but the film writing team of Puryear and Erika Alexander add their own ideas to the assorted gangs and radio soundtrack, such as a throwdown world and a melting pot of gangsters generated from the entirety of our planet. There’s a considerable creative imagination in play, and the most intriguing aspect is a piece of talking technology introduced to Isaac at the end of You Send Me, although there’s a general unpredictability running throughout R-E-S-P-E-C-T, an uncertainty about where the lines are drawn. It’s deep into the story that a bigger purpose to all the squabbling between gangs is disclosed, and that’s introduced at exactly the right time, just as suspicions surface that Concrete Park has an abundance of style yet lacks the substance. That substance becomes ever wilder as an influence from comics shines through. There’s a frustration about that, though, as it’s right at the end, and there has been no more Concrete Park, despite a further volume promised. That’s a downright shame, as the series was going somewhere and had just been burst wide open.

A final surprise awaits among the bonus content, a three part story titled ‘A World of Hurt’, referenced in the main continuity. Talladega is introduced there, but only has a minor role, and Puryear varies his art style considerably to present a discovery for her.