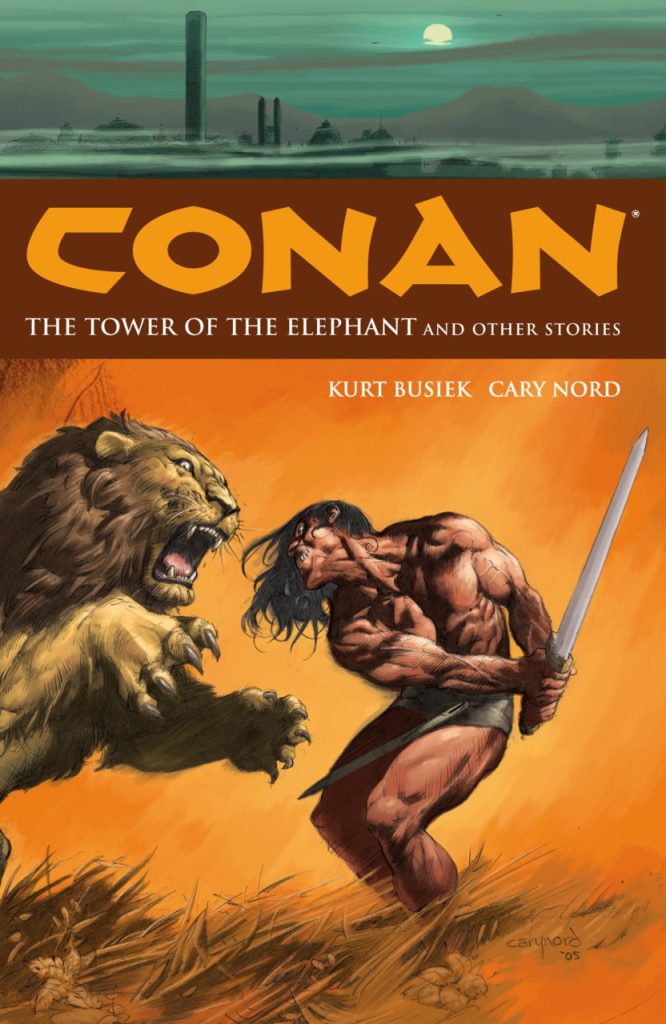 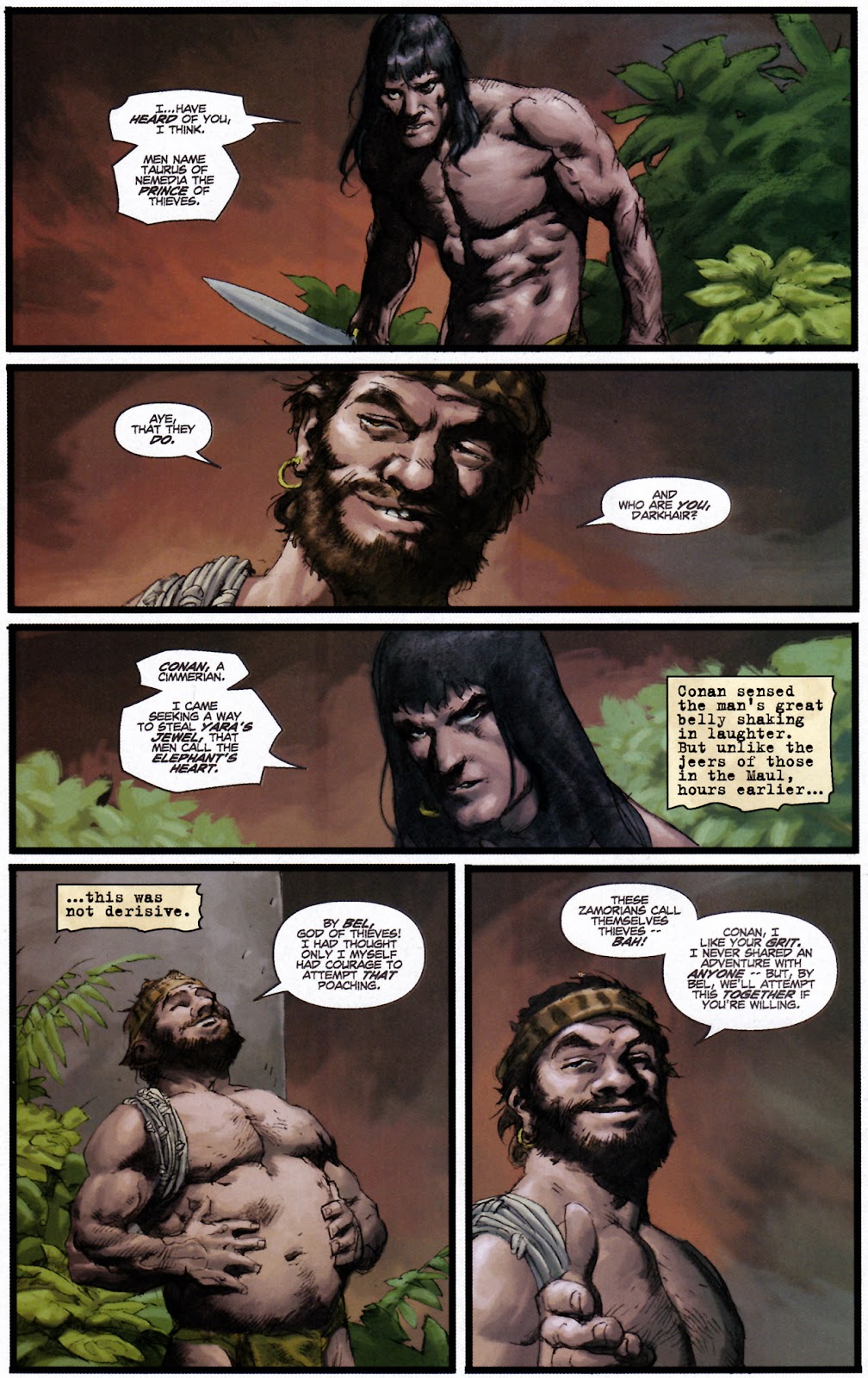 Dark Horse Conan graphic novels by Kurt Busiek are sometimes introduced by a Prince being told tales of the barbarian warrior from parchments translated by his Wazir, a sort of medieval Arabic administrator. Their contribution opening this selection is a broad overview of Conan and his achievements. A nice touch to these framing devices is the Prince being enthralled, while the Wazir remains sceptical.

Just as Robert E. Howard’s stories jumped about through Conan’s chronology, so does Busiek, and this collection includes the two chapter adaptation of the title story and four of Busiek’s own.

While not all readers will be familiar with Barry Windsor-Smith’s 1970s Conan stories, Cary Nord certainly will be, and although his art’s good, his pages will inevitably be compared to the earlier artist by some, with Windsor-Smith being considered an all time great. However, he adapted the title story very early in his career, while Nord was a more mature artist when he took on ‘Tower of the Elephant’, and he has more pages at his disposal. The result is he’s able to spend longer in the opening pub sequence, drawing out the conversation and increasing the suspense. It’s a smart story of misdirection on Howard’s part, so memorable for that alone, and having more pages to build up the anticipation of what awaits in the tower draws away from Smith’s decorative version to something prioritising suspense and drawn accordingly.

Busiek’s stories set Conan on the path to the City of Thieves, so he’s placed there to begin his investigations into the Tower of the Elephant, and while there’s generally more sword than sorcery to them, that’s not the case for this collection’s highlight. It’s a roustabout with an aggrieved Conan determined to avoid the local inn, so sleeping on a hill said to be haunted by the locals. That turns out to be true, and there’s sorcery aplenty in the one story, while the remainder spotlight Conan’s talent for thieving, and assuring he’s not fleeced by merchants. While never resorting to outright comedy, Busiek’s touch on Conan is light, and the staging will occasionally raise a smile, when Conan’s world can otherwise be so earnest. Here that’s best represented by ‘The Crown of Tiamat’ involving a possibly deceitful woman and a monster.

This is another very readable collection of Conan adventures, and should please any fan. That being the case, you may want to pick up one of the larger collections including these stories. The luxury format is Conan the Barbarian by Kurt Busiek and Cary Nord Omnibus, or alternatively the thick paperback Epic Collection: The Heart of Yag-Kosha. The Hall of the Dead is next.