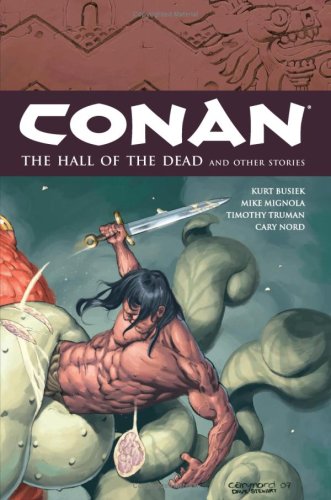 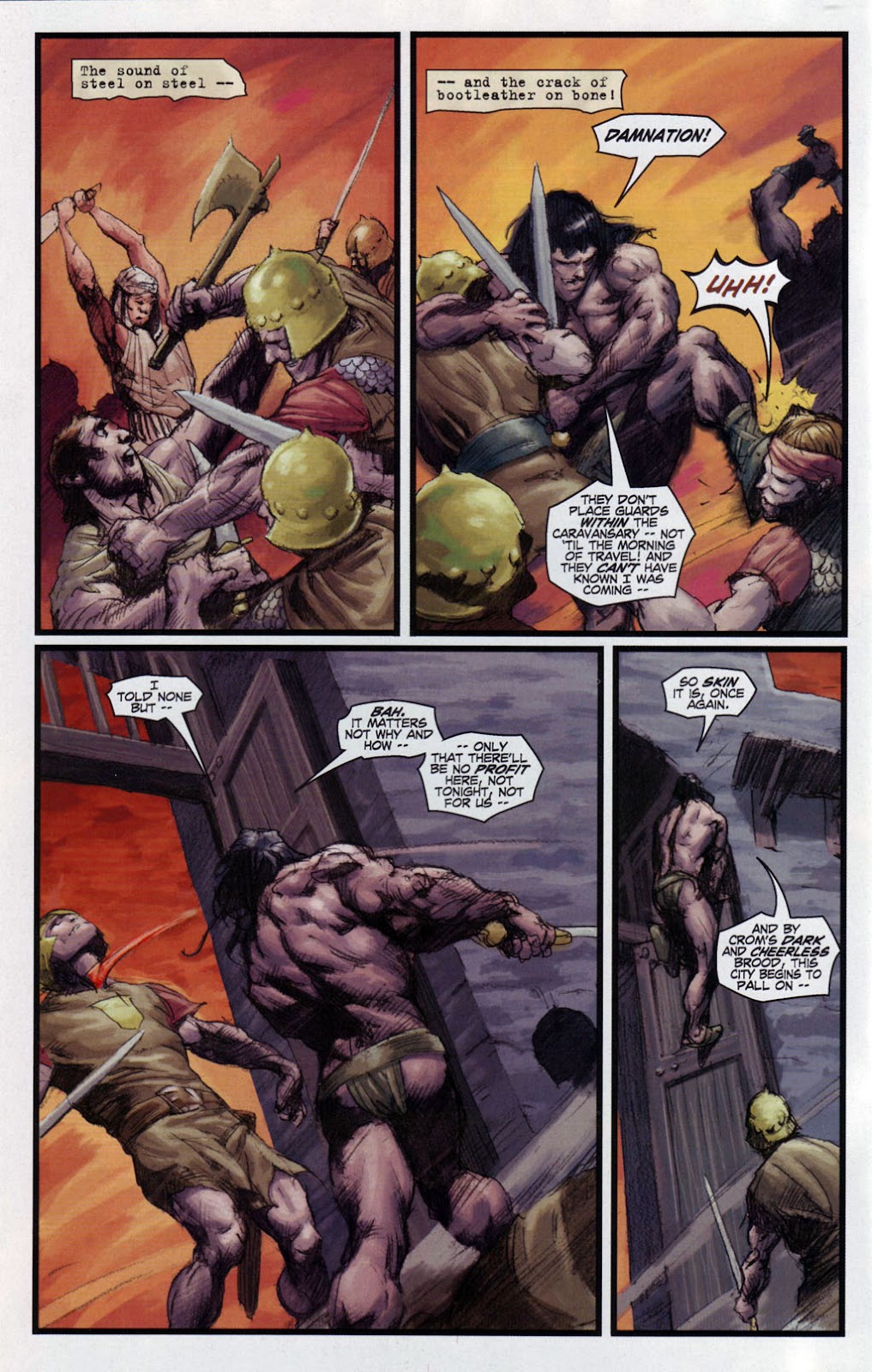 The previous three volumes in this Conan series combine Kurt Busiek’s plots and adaptations with art that’s almost always by Cary Nord, but this is a transitional collection. The Hall of the Dead and Other Stories has Nord as the continuing presence, but working with three different writers on stories that connect.

Busiek’s two-part tale begins with his introductory characters the Prince and the Wazir before switching to Conan boasting in a tavern. His bragging irritates several others there, and eventually almost brings him down in what’s a fine accumulation of stumbling blocks and a literal rug pull. It’s a fine romp until the closing page when some form of continuation might be expected.

It doesn’t materialise from Busiek, but Mike Mignola instead picks up the plot with Gunderman still chasing Conan on behalf of the magistrate Conan robbed after sleeping with his wife. Mignola’s three chapters are crafted from fragmentary notes left by Conan’s creator Robert E. Howard, and he supplies his own unsettling elements, squidgy horrors mainly. Nord tightens his pencils for these chapters, adding definition, and with the colouring of Dave Stewart applied the whole very much resembles the work of another horror master, Richard Corben. Three chapters pass rapidly, but they’re action-packed and engaging.

Timothy Truman follows up on a young witch sleeping rough whose presence in the earlier stories seemed in passing, her place in both somewhat ephemeral. Here she has greater purpose, tasked with taking a now blind warrior to Conan, but if they meet it’s a story that plays out elsewhere. Their conversation is Truman exploring the new realities in the City of Thieves after Conan’s disruption, and it sets the remaining two chapters in motion. Nord really impresses with an early scene of Conan seeing off some wolves, and after with a batch of drooling savages.

Both Mignola and Truman provide more straightforward plots than Busiek. They move from start to finish with the surprises coming in the form of a threat suddenly manifesting, not clever writing. Still, there’s room for both methods in the Conan canon, and this is another satisfying collection.

It’s Truman who takes the series forward with Rogues in the House and Other Stories. He also wrote other stories pairing Gunderman with Conan not collected here, but they’re available with these in the Epic Collection: The Heart of Yag-Kosha.