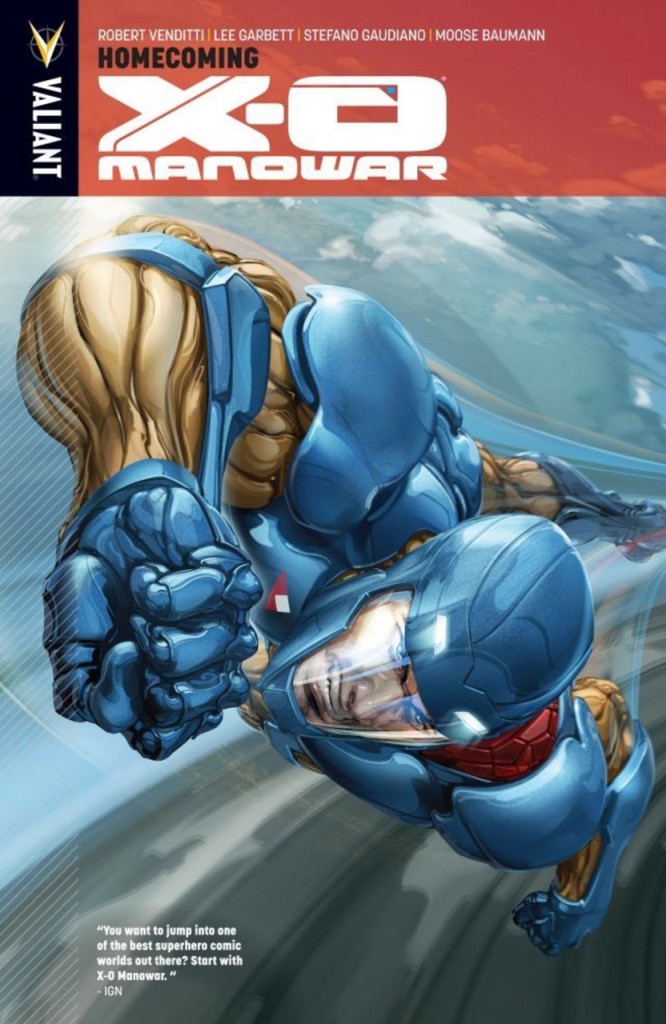 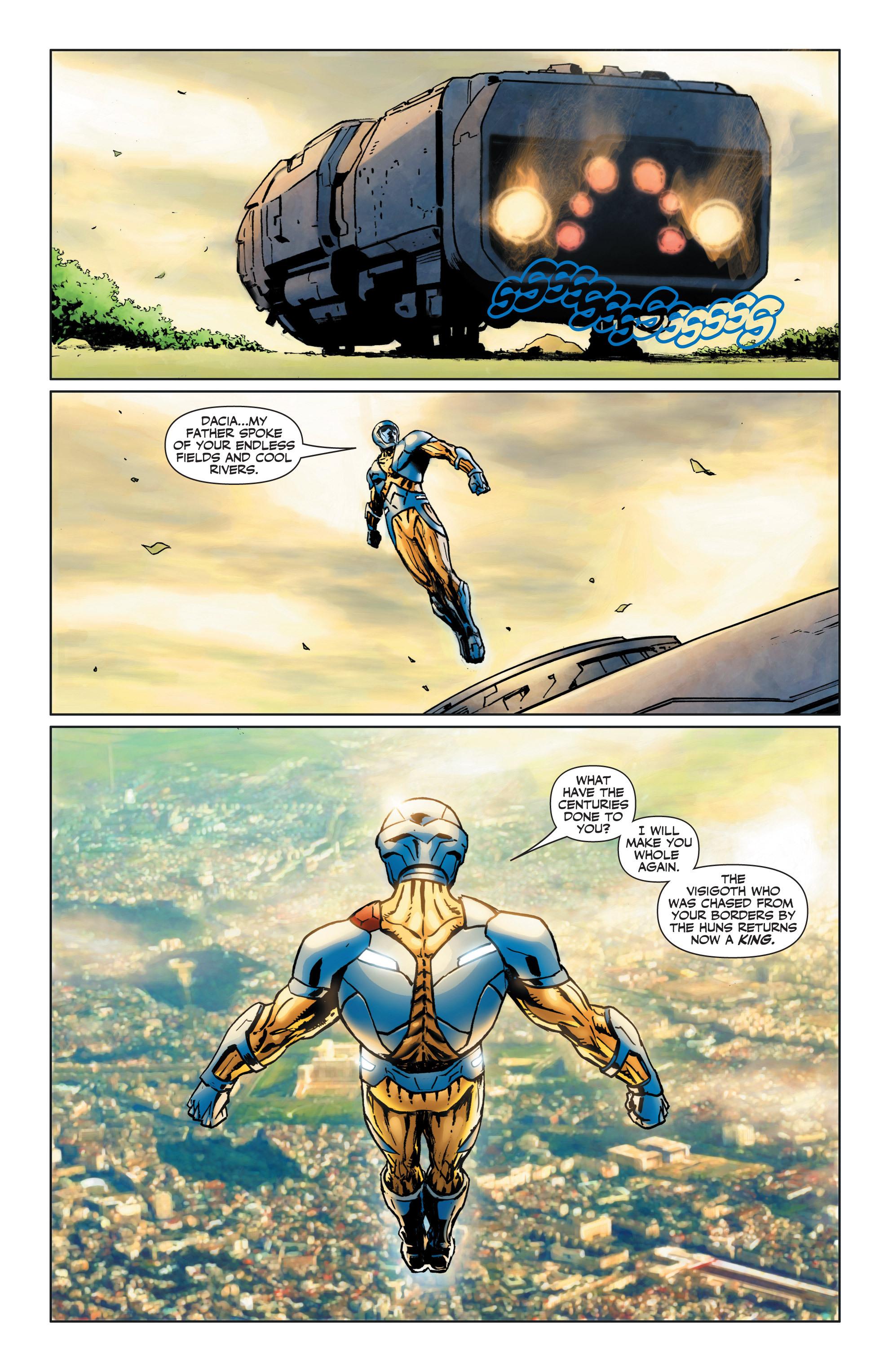 Visigoth warrior Aric has been on quite the journey since starting out in 400AD in By the Sword. He’s been catapulted through time, come into possession of alien armour that responds to his thoughts and led a revolution on an alien planet. Robert Venditti has been the guiding voice throughout, and in concluding Planet Death decided it was time Aric returned to Earth. He’s not alone, having rescued his people from days gone by.

Venditti’s extrapolation of what follows is well played. He combines Aric’s still naive and very outdated presumption about global politics along with with his already established impulsive character, while looking at the global problem of refugees. Old Dacia is roughly present day Romania, and Aric believes he can return with thousands of people from centuries past and just claim large tracts of land. Venditti provides a solid foundation for the birthright by flashing back to Aric’s youth, but the global powers of the present day aren’t as understanding. Even before their involvement an old friend has dropped by with some timely advice, but whether Aric is in a listening mood is another matter altogether.

Having drawn the earlier Enter: Ninjak, Lee Garbett knows his way around Aric and his environment and for the second half of the book he inks his own pencils. There’s not an awful lot of difference from the pages inked by Stefano Gaudiano. It’s all smooth storytelling and convincing characters. He draws a good Aric, always brooding or frowning, never smiling.

Venditti provides the means for this. His characterisation of Aric as stubborn and heroic also encompasses impetuosity and over-confidence. Seeing him in the present day it’s easy to forget that in plot terms he was living in 400AD until a few months previously, so Venditti underlines it with frequent flashbacks. There’s also a very nice scene of others who returned with Aric discovering what Earth really has to offer.

The matter of Aric laying claim to a considerable chunk of Romania isn’t settled in Homecoming. The assorted interested parties have too much potential for that, and At War With Unity continues Aric’s immersion in 21st century realpolitik. Alternatively both books are collected in hardcover as X-O Manowar Deluxe Edition 2.