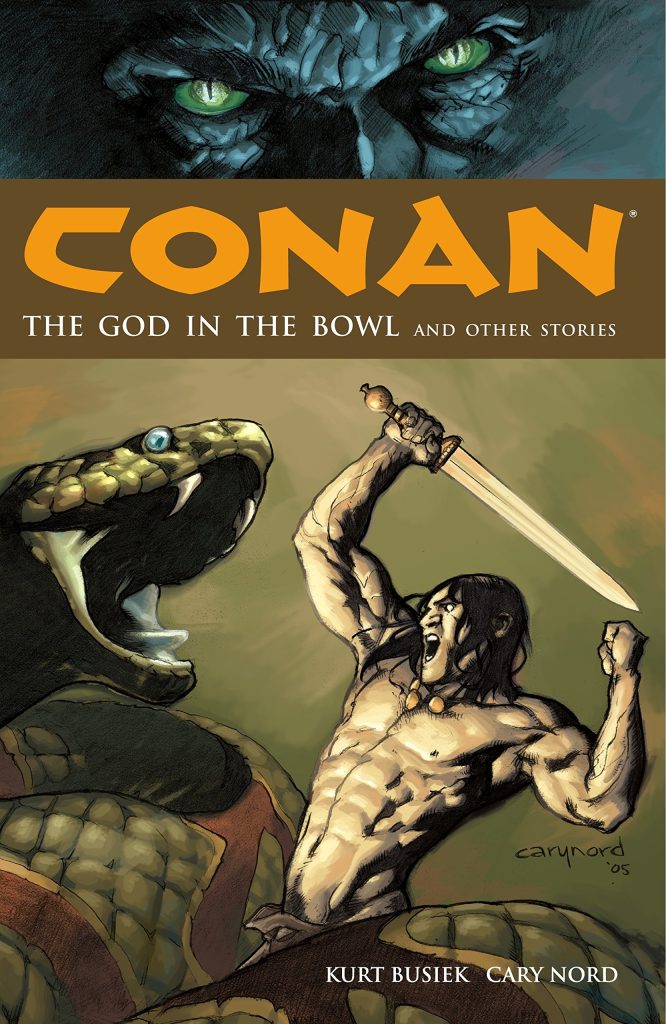 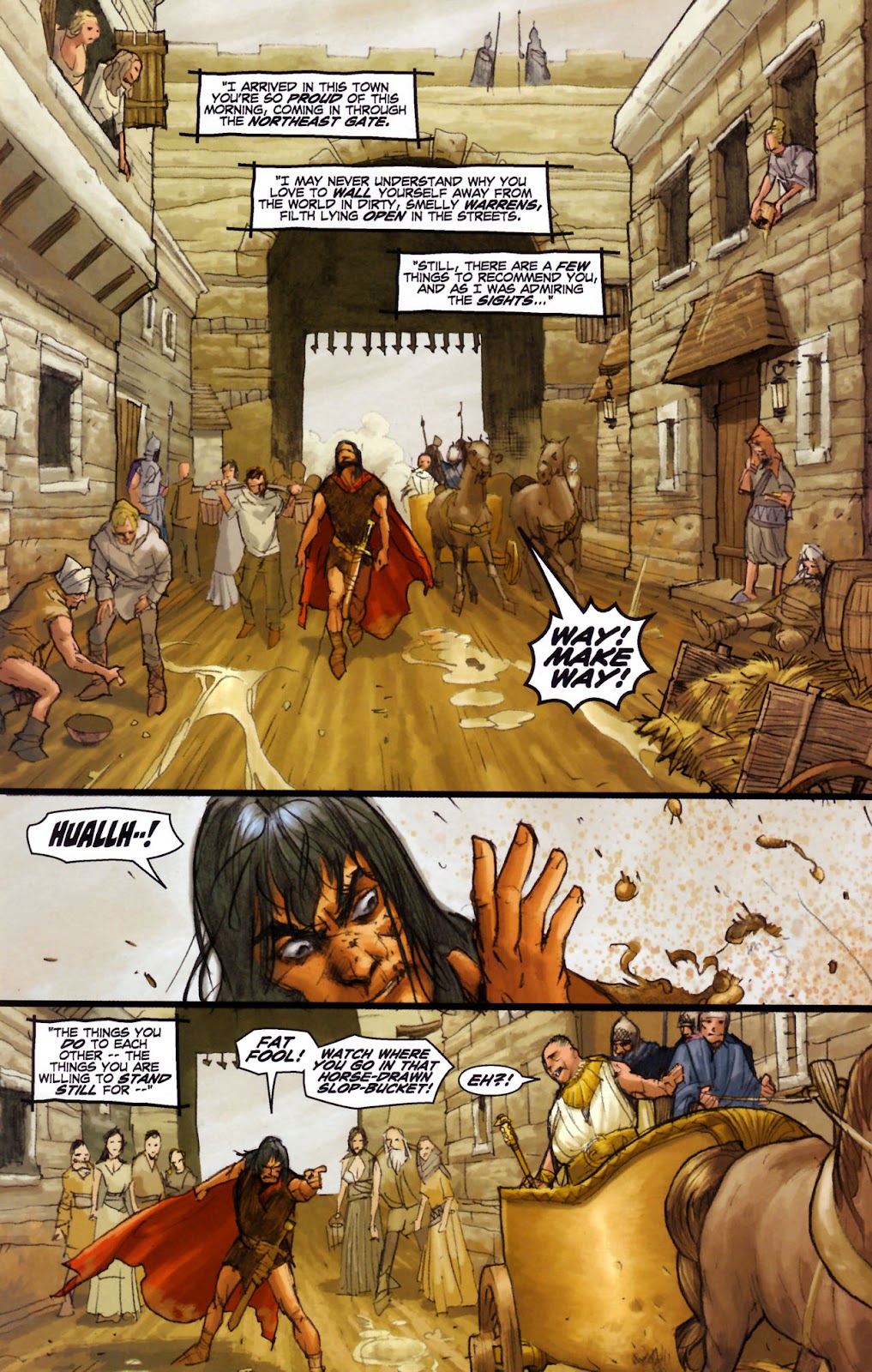 While Conan’s life can be broadly pieced together from Robert E. Howard’s original stories, there are plenty of gaps for the creative to fill, and Howard tended to dot about the chronology. It’s the approach taken by Kurt Busiek in crafting his Conan material, and means the Dark Horse collections can be read in any order, although if you’d prefer to follow the original publication schedule The Tower of the Elephant and Other Stories is next.

Sometimes Conan isn’t even the star turn, as in the opening introduction to Janissa, the Bone Woman’s assassin seen in solo action dealing with a comfortably protected merchant not inclined to pay his debts. That and the following well-told tale are by way of setting up the final two chapters, which Busiek ties into the title story.

The two part adaptation of Howard’s title story is clever. It features an unconventional mystery to be solved, with Conan, a self-admitted thief caught by the corpse of an important merchant, yet claiming he wasn’t responsible for the murder. Unusually for such stories, there is no immediate presumption of guilt from the local inquisitor, so various parties give their versions of what the merchant did, and there’s a spell of betrayal and deceit before Conan finally lets loose and dispels the building tension.

Cary Nord is the primary artist, but here sometimes working from layouts provided by Thomas Yeates, as on the title story, and with Tom Mandrake also drawing parts of the final three-parter. Nord’s art is variable, sometimes very loose, sometimes tighter, and the latter style is certainly more attractive, as are the pages when Yeates also provides background art. Nord is growing into Conan, now more sure with the character than he was during The Frost Giant’s Daughter and Other Stories, and has modified Conan himself, now believably powerful.

The final story is a three part epic featuring Thoth-Amon, one of the greatest of Conan’s foes, a sorcerer who plots his attacks from distance, sending magical threats across the miles. It’s a thoughtful race against time, incorporating the grim story of how Janissa became such a talented assassin, and the fundamental strain experienced by a good man attempting to do the best for the world. Busiek intends some participants to be used again in the future, and separates the story into three distinct phases in three different locations.

While the art can vary, Busiek’s Conan is consistent, always intriguing and faithful to Howard’s vision whether adapting or creating original material. That being the case, you may want to pick up one of the larger collections including these stories. The luxury format is Conan the Barbarian by Kurt Busiek and Cary Nord Omnibus, or alternatively the thick paperback Epic Collection: Out of the Darksome Hills. 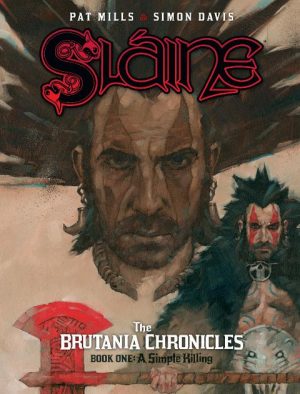