Conan: The Frost Giant’s Daughter and Other Stories 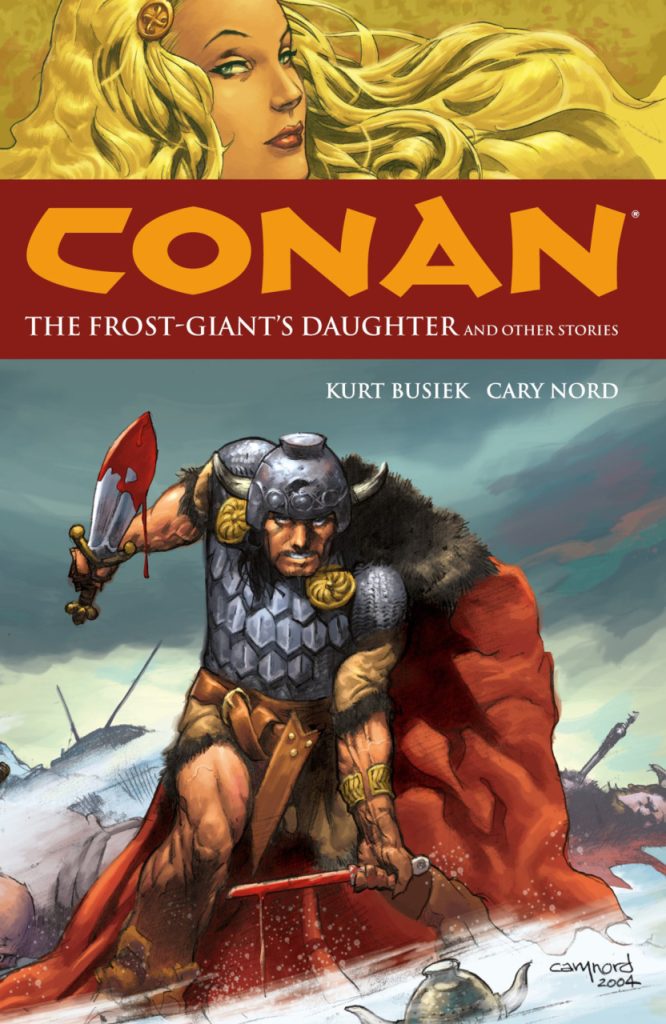 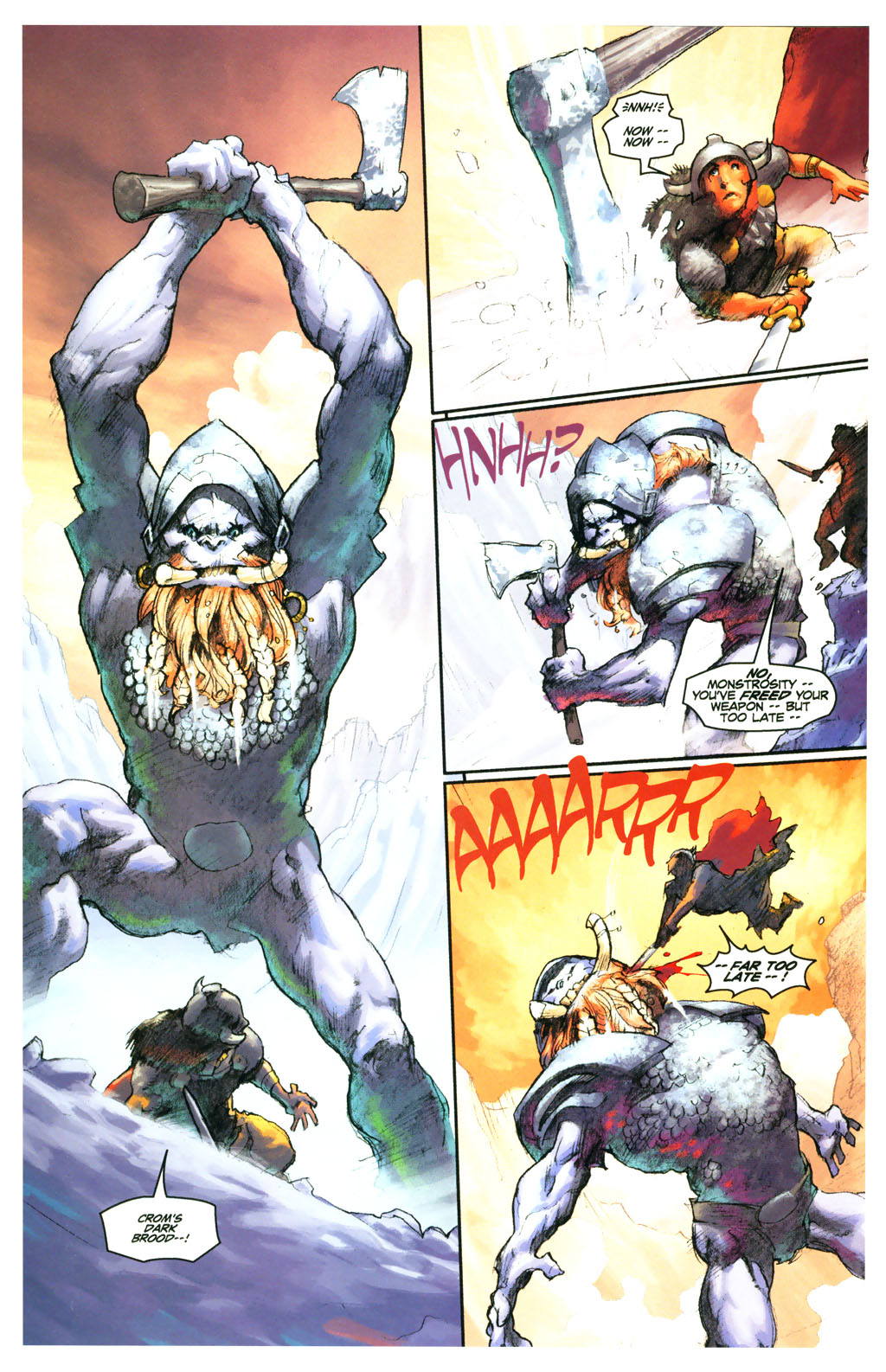 Something Hollywood has long known is that while nothing guarantees a success, remaking a highly regarded classic is fair step in the right direction. Those remembering the original will be intrigued, and the new audience is presented with something already critically acclaimed. To the generation reading comics in the 1970s, the title strip will forever be associated with Barry Windsor-Smith’s finest outings on Conan. He took Roy Thomas’s adaptation and created a dozen pages of wonder. Cary Nord’s version (sample art) is very different, crude by comparison, yet Robert E. Howard’s original story is also crude, a throwaway that’s little more than a tease, a chase and a battle. It’s presented midway through this collection, slotted amid a selection of Kurt Busiek’s own material about Conan in the icy north.

Going forward, Busiek adapts a few more of Howard’s stories and supplies many more of his own, fitting in the adaptations around them. He has Conan travelling to the snowy North, and meeting with Asgardian warriors, and surrounding him with a Shakesperean level of plotting endangering his life. Nord’s art continues to be frustrating, some illustrations glorious, busy and supplying everything wanted from a Conan story, others slapdash and ordinary. From the fourth chapter Thomas Yeates is also credited for art, but without any further specification, although research reveals he provides layouts and sometimes backgrounds. There’s a greater definition to some faces, certainly.

Conan’s always a wanderer, so Busiek is true to his nature with an abrupt switch to Hyperborea and sorcery. As ever, it doesn’t take Conan long to find a woman willing to share his bed, and amid Busiek detailing the land’s past and how it achieved its reputation, he details its downfall, and the many months Conan spends there before an improbable escape. It’s not the first, and won’t be the last. Busiek’s Conan has the authentic voice, and the way he weaves his plots around Howard’s canonical material is interesting, but the art is inconsistent.

When the licence for Conan’s comics publication was again transferred to Marvel, they reissued these stories as Conan Chronicles: Out of the Darksome Hills in their Epic Collection series, also featuring next volume The God in the Bowl and Other Stories. Both also feature in the Conan by Kurt Busiek and Cary Nord Omnibus. 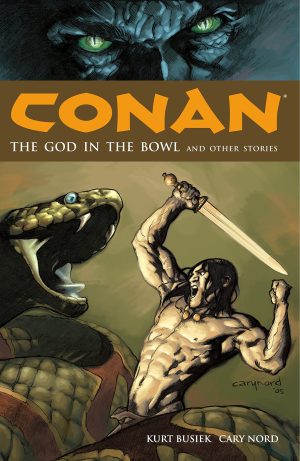 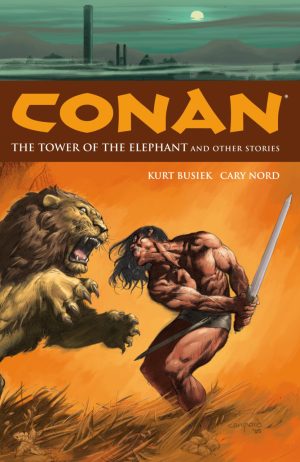 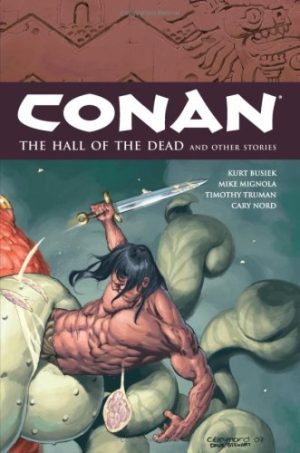