Conan: The Blood-Stained Crown and Other Stories 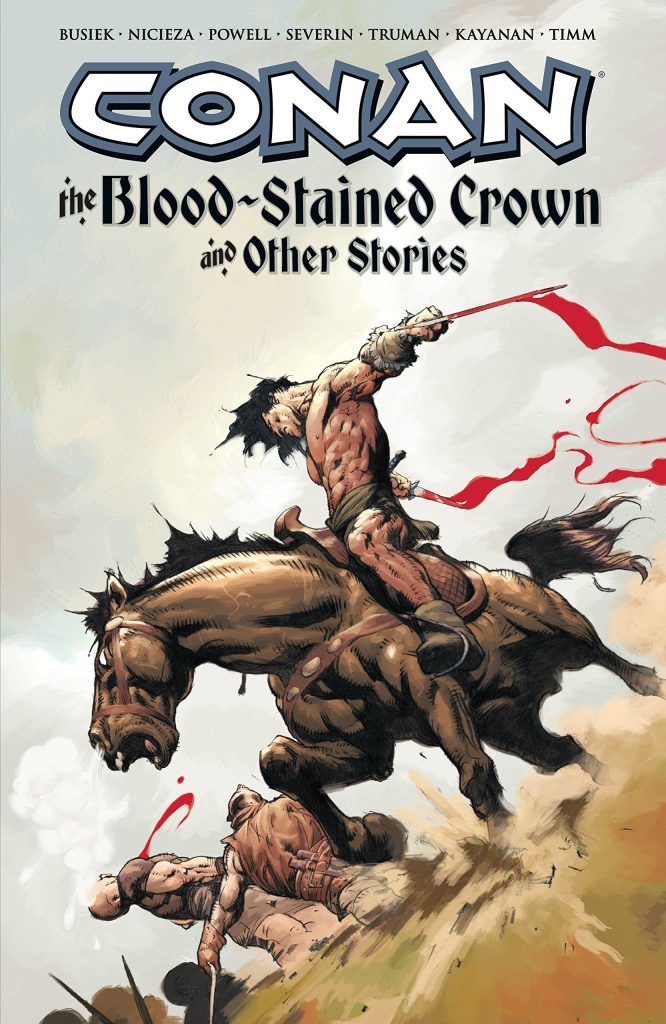 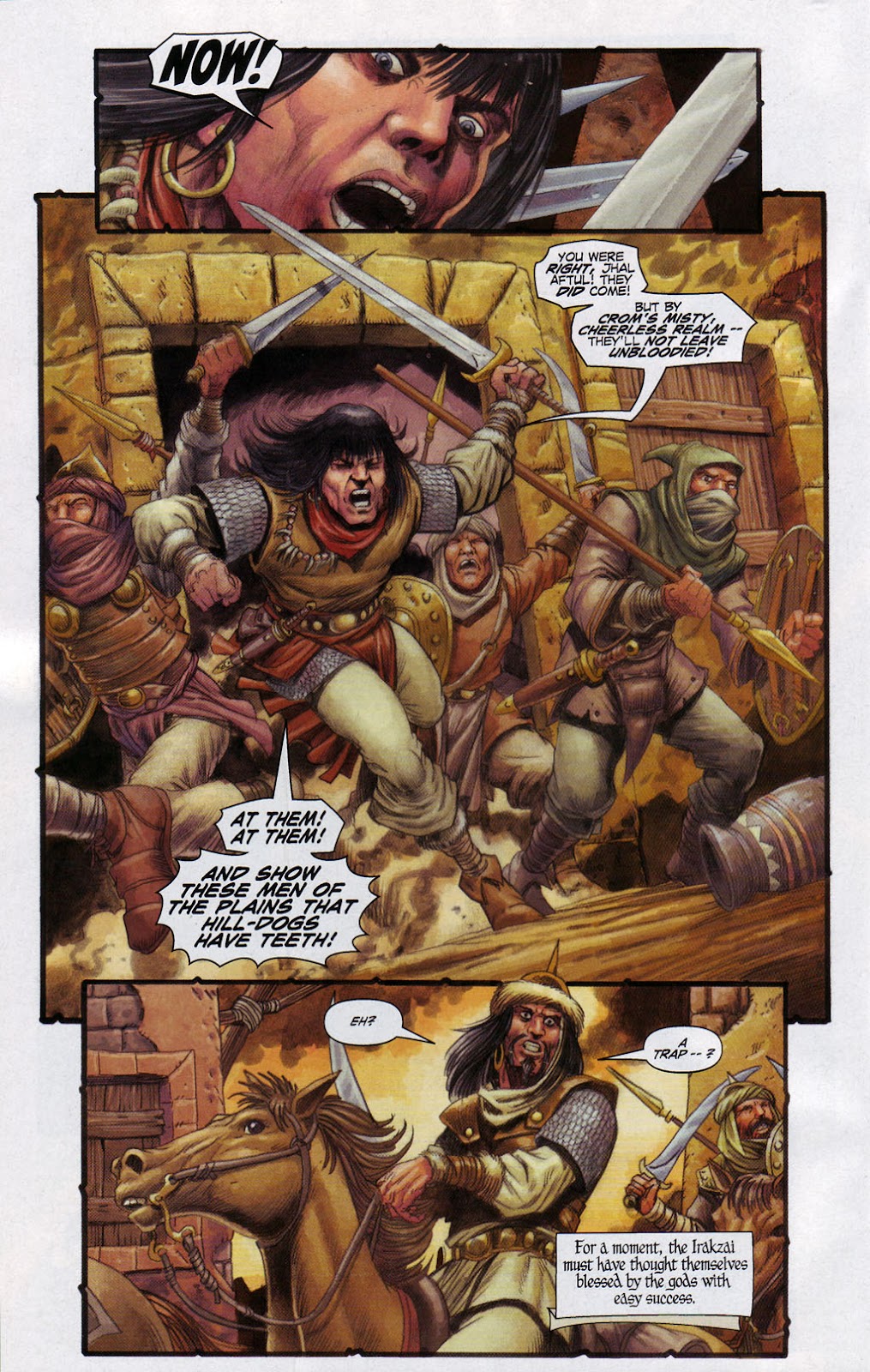 Most of Kurt Busiek’s Conan stories are illustrated by Cary Nord, and most of those that aren’t have artwork from Greg Ruth. However, that still leaves a few tales drawn by other artists, and these are collected in The Blood-Stained Crown.

The opener is co-written with Fabian Nicieza, and is clever, although may not feature enough actual Conan for some readers. John Severin’s peerless art graces the story of a helmet as it transfers from owner to owner while the writers take a tour around the various kingdoms and people of Conan’s era. That’s a smart enough idea, and it’s crystallised with a selection of clever vignettes featuring the gullible, the naive and the superstitious while also offering ambiguity about whether the helmet was once Conan’s.

Once Tim Truman, for his Conan material Timothy Truman is credited, and at two chapters he draws more of this collection than anyone else (sample art). His project is the title story. Busiek frames some material with tales of Conan’s exploits being read long after his death and proving inspirational for a Prince, while his wily Wazir is less keen on Conan’s influence from beyond the grave. Their participation here is greater than previously, and Conan’s treatment of a situation plays into a decision made by the Prince. Truman’s people wear their personalities on their face, and the action scenes are busy, but stiffly drawn.

Truman also writes the final story for Rafael Kayanan, whose Conan is muscled, but also lithe and athletic and his Janissa even more so as both battle through a path toward the same prize. Truman’s threats provide a Conan catalogue in microcosm.

Splitting the story Truman draws and the one he writes is an altogether different piece from Busiek and Eric Powell of a storyteller who relishes tales of adventure being forced into the position of emulating the heroes he tells tales about in the local tavern. Will he be up to the task? It’s a loving dedication to the power of storytellers, with a poignant ending.

It’s coincidental, as the running order is determined by the original issue numbers, but Conan’s actual presence increases story by story, although he shares all with others. It’s another fine selection, and can also be found within the Epic Collection The Heart of Yag-Kosha, with all but the last story also in Conan the Barbarian Omnibus by Kurt Busiek and Cary Nord.