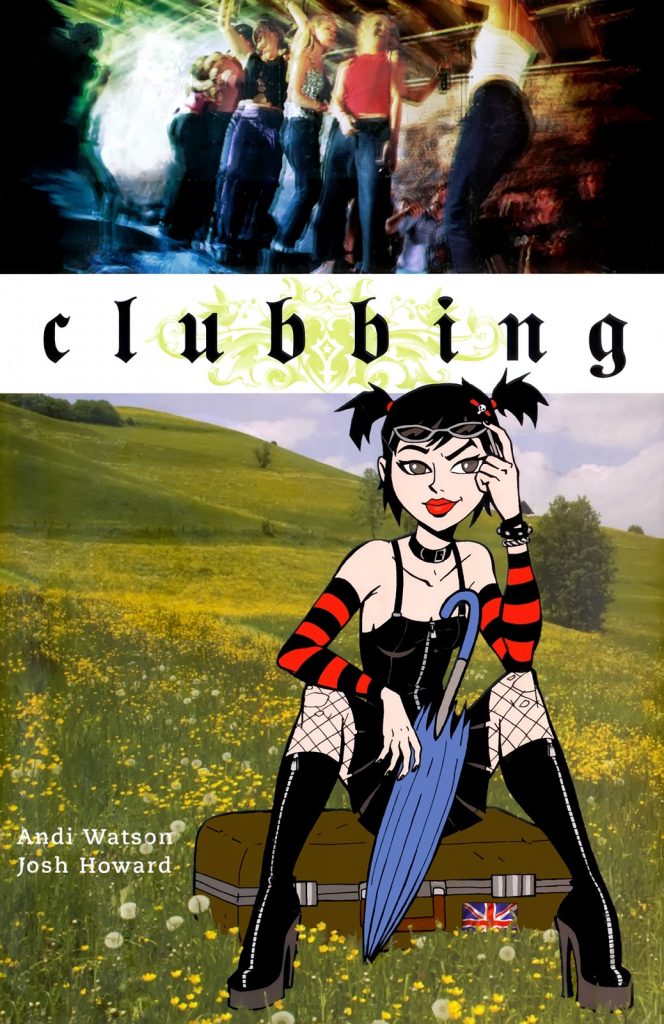 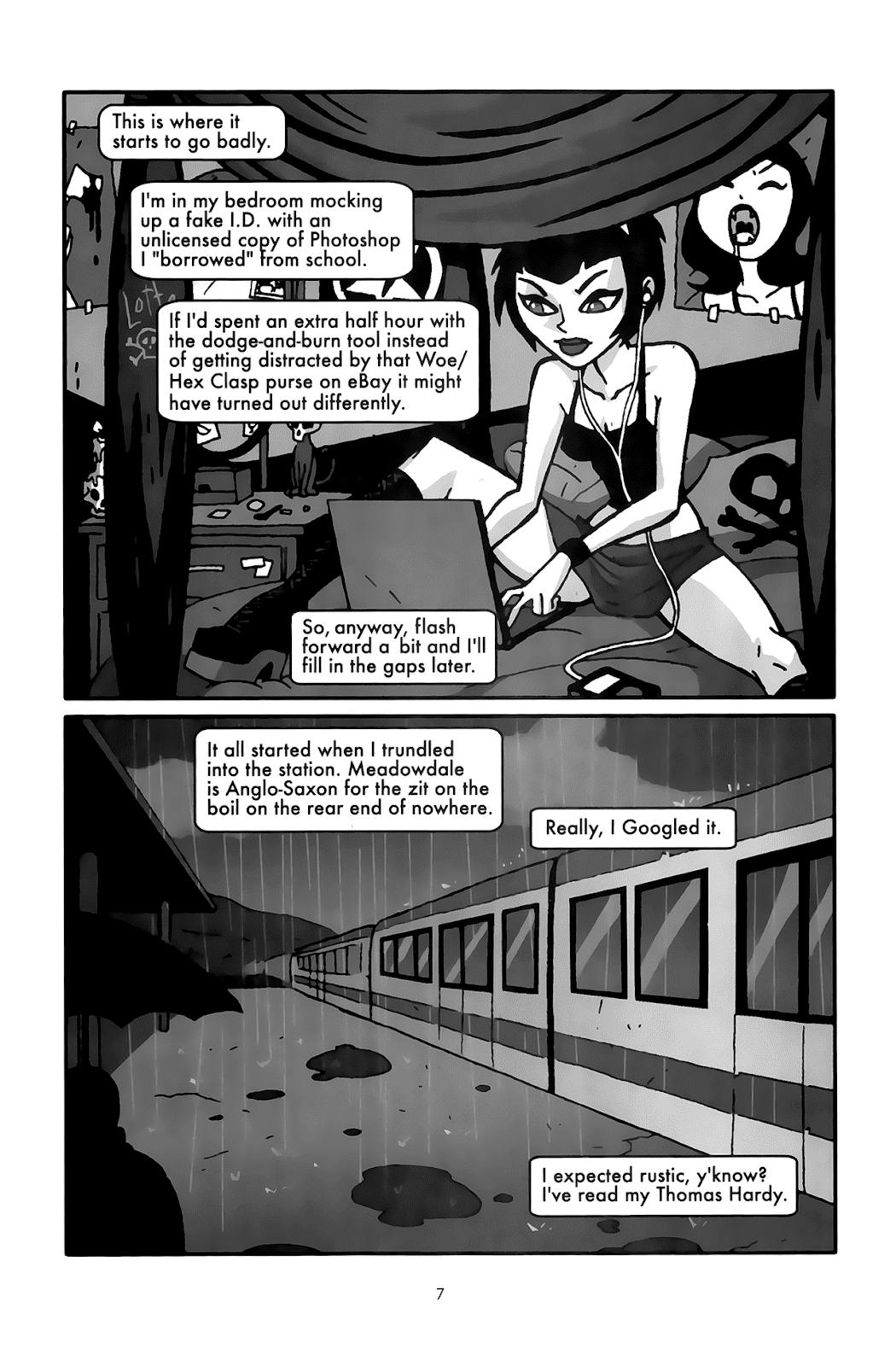 Teenaged Charlotte is smart and sassy, and takes advantage of moral grey areas, among them heading to London clubs where she shows a faked ID and claims to be eighteen. A transgression too far, though, results in her being dispatched North to her Grandparents in England’s rural and rainy Lake District.

A good ear for a teenage girl’s phrasing serves Andi Watson well, although up to the minute dialogue dates, so what was authentic on 2007’s publication isn’t any longer, although the goth/emo fashions remain more contemporary. Beyond that, the opening premise of Clubbing resembles the great episode of The Sopranos with New York gangsters completely out of their comfort zone stumbling around the rural backwoods in the snow in their $1000 suits. Charlotte’s usual connections with the world are severed, and she has to adapt to what’s around her in a place where she’s the oddity, and a smart mouth is no useful tool.

Josh Howard creates a look for Charlotte that matches her personality, although she’s not too far removed from Nara Kilday in his Dead @ 17, while his designs for the other major cast members ensure they can all be distinguished. His version of the Lake District’s natural beauty is shorthand and generic, establishing it as countryside, but little more, although it serves to underline the contrasts Clubbing needs, and meets the expectations of a young adult graphic novel. He’s been supplied with reference for interior locations, which are satisfyingly 1950s.

A little too long is spent on assorted fish out of water scenes before Watson turns the reader’s attention to the plot of rum goings-on in the countryside. Not everyone sees her well-placed grandparents as paragons of virtue, there’s something not quite right about the new clubhouse they’re building for the golf course, and that’s before a local woman is murdered. With nothing else to do, Charlotte begins investigating, while time spent in the village enables her to see people through different eyes. Unfortunately, though, it all rather falls to pieces at the end. Watson attempts to flip the Scooby-Doo scenario of what seems supernatural instead being the local businessman in a cloak and mask, but while that makes for an unexpected turn, it’s not a credible one, and the Scooby-Doo ending would have been an improvement. Watson then compounds the mistake by having the newly awakened Charlotte just shrug off a tragedy. His back of the book sardonic glossary of British phrases and cultural references is funny, but with a few mis-spellings.

Clubbing has some charm, but ultimately strays too far from credibility.