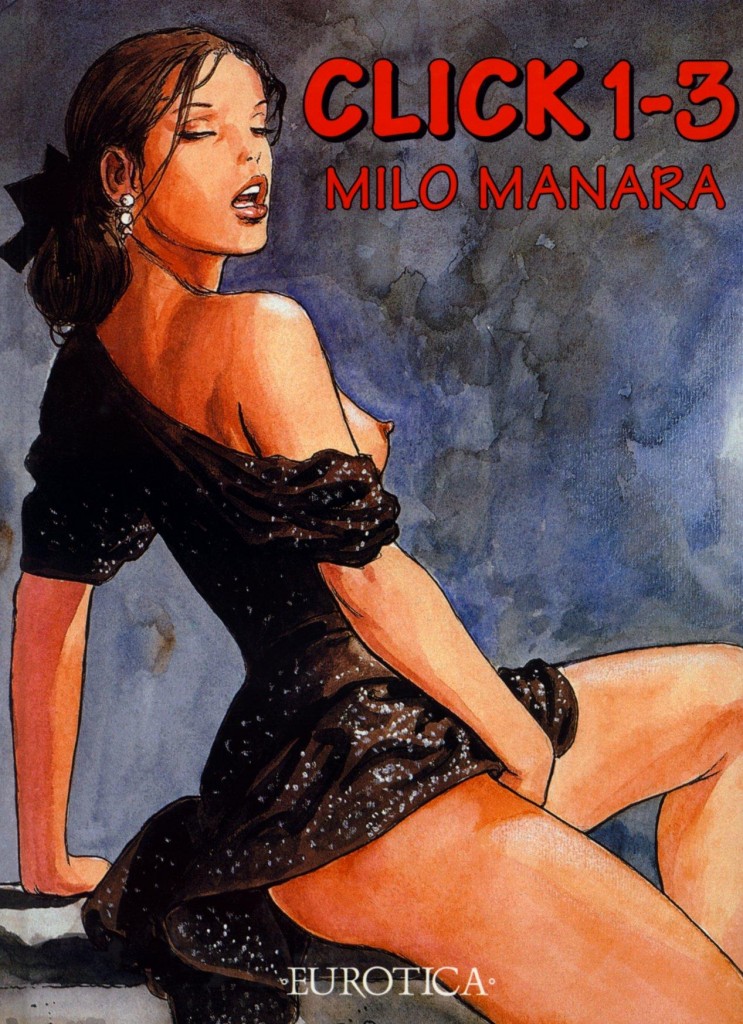 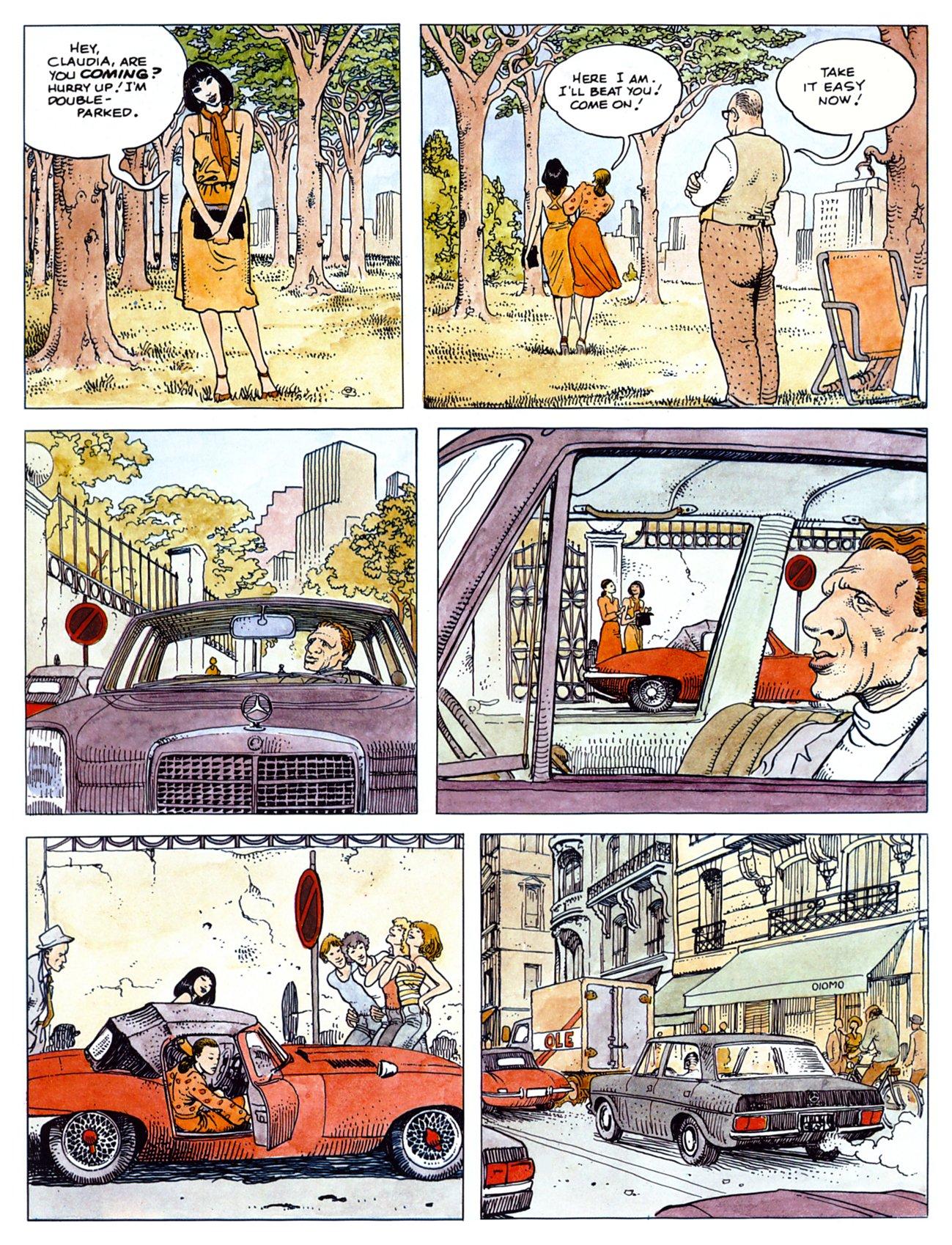 The first and best dates from the 1980s, and is a slapstick farce punctuated by sexual interludes. It’s beautifully illustrated (see sample page) in a fittingly comedic style and shows Manara still developing as an artist despite well over a decade of published work behind him when he produced the book. There’s a greater obsession with tight background detail than in the sequels, and a greater attention to the continuity, which concludes with a twist ignored for the following work.

A greater freedom or obsession with the sexual content characterises the second volume, published seven years after the first in 1991. Manara lingers on the female form, extends the sex sequences and worships at the alter of his own drawings. These are beautiful studies, sometimes having more in common with fine art life drawings than comics, and the final copulation sequence on the roof of a tower block is stunningly drawn. It’s the art that holds Manara’s interest, and any story here is just the peg upon which to hang his fantasies. Matters remain unresolved for those who care about such things in an erotic graphic novel.

Click! 3 is positively unpleasant in places. While there’s a slim justification for the title device unleashing what’s already within, there’s absolutely none for the opening sequences of a woman being beaten and anally abused. Within the narrative needs what requires establishing could have been handled in an infinite number of more sensitive ways. More story content is applied to Click! 3, enabling Manara to vary his locations and settings, but it’s of the shaggy dog variety. Don’t expect an awful lot in the way of coherence.

So, three beautifully drawn but flimsy stories from a master artist, but everyone will have their own moral viewpoint on the content.

This volume is long out of print and commanding exorbitant prices. The best way forward for anyone wanting the stories without paying that is to pick up the first volume of Manara Erotica, which includes all three plus Click! 4, but in black and white. It’s a tricky decision, as the books have been re-coloured from the primitive work applied to the original English publications, and the colour now does the art some form of justice. The inducement of the Dark Horse anthology is new and considerably improved translations by Kim Thompson.