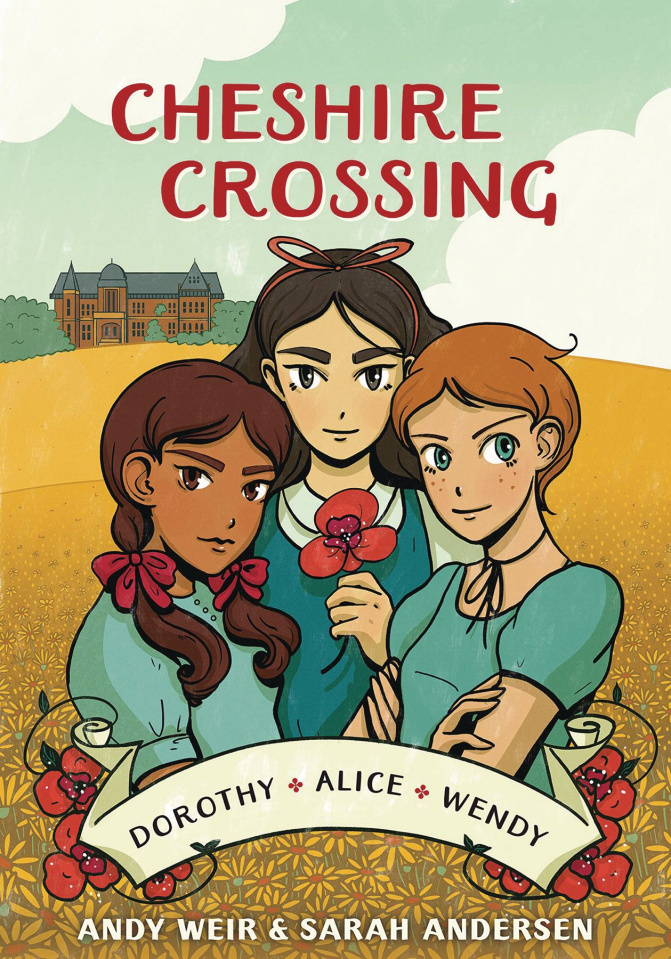 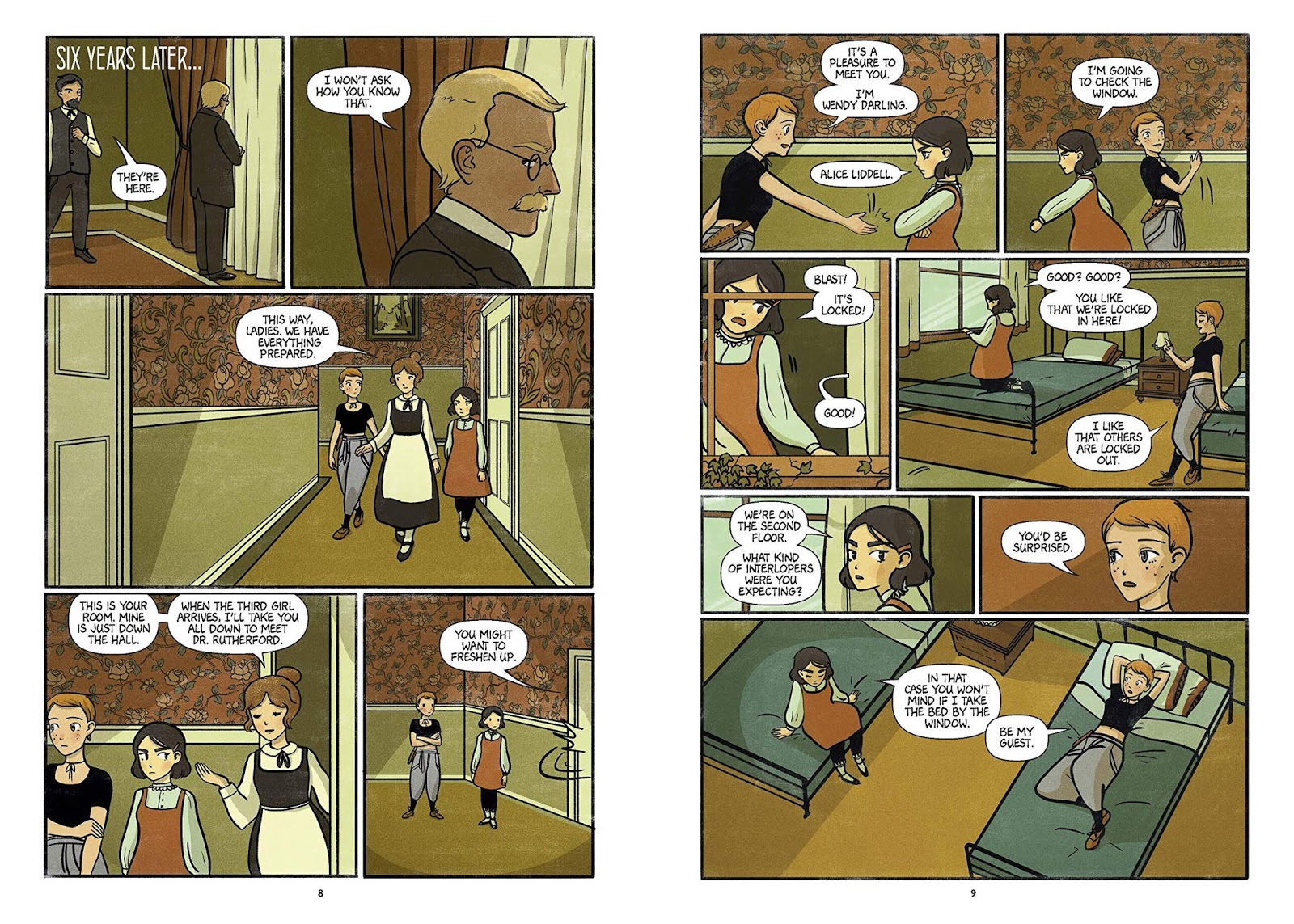 Alice Liddell, Wendy Darling and Dorothy Gale are three young teenagers who meet in a British sanatorium in 1904, each believed to be delusional after telling their parents about trips to other, magical, worlds.

In his introduction Andy Weir recalls the gestation of Cheshire Crossing being his wondering about what happened to Alice from Alice in Wonderland, Dorothy from the Oz novels, and Wendy from Peter Pan after their published adventures. In 2006 he began working on the idea. Apparently entirely coincidentally, that was the year Alan Moore and Melinda Gebbie published books of Lost Girls featuring those characters, which they’d been serialising since 1991. It’s difficult to believe that even if Weir hadn’t known this before, no-one pointed it out while he worked on Cheshire Crossing as a web strip for several years. While Weir’s use of the characters differs greatly from Moore and Gebbie’s erotica, no-one in almost eighty years before had come up with the idea of uniting those three girls, and refusing to acknowledge the similarity anywhere takes some brass neck.

Ignore that, and Cheshire Crossing can be read as an imaginative cross-pollination of the characters in their youthful identities, and of the memorable casts that surrounded them in their original incarnations. We visit Oz and Neverland, while the looking glass world also provides intrusions, and Weir throws in other known characters from children’s novels besides, primarily Mary Poppins, here called Miss Poole. Hang on, isn’t that what Moore did from the late 1990s with adult characters from 19th century and early 20th century novels in The League of Extraordinary Gentlemen?

Sarah Anderson’s drawing is simple, clear and appealing, just what’s needed to attract young readers who’re more likely to know the characters from film and animation versions rather than their original novels. The nastier characters like the Wicked Witch of the East and Captain Hook remain true to their villainy, and most young readers will be pleased to revisit magical worlds given a new twist. If only that twist were more original.