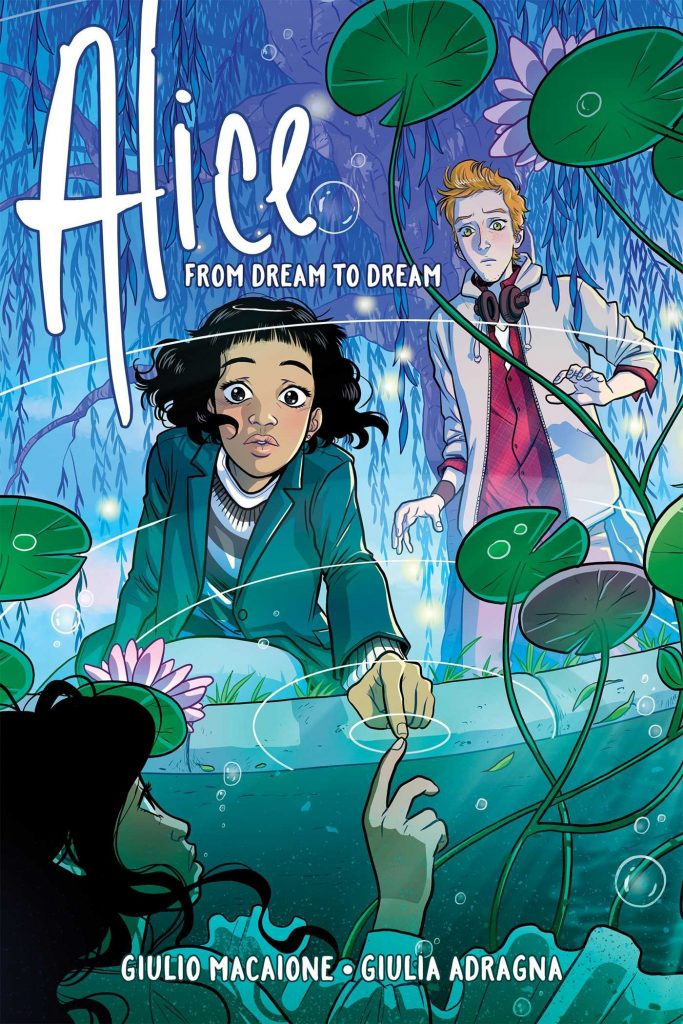 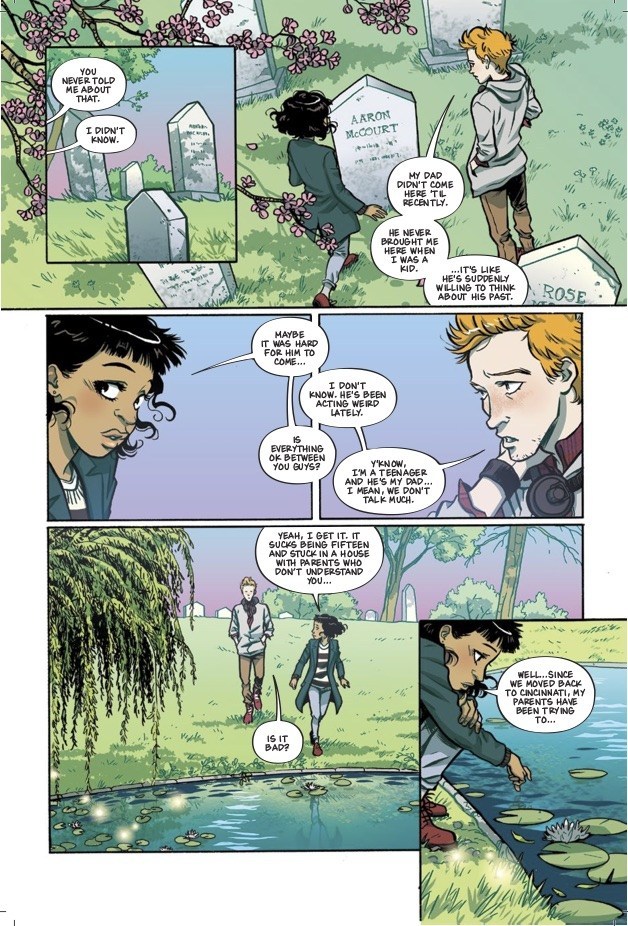 Life is less than ideal for Alice. She’s bullied at school, because her parents can’t afford renovations at home she has to share a bedroom with her older brother, and every night she shares his nightmares. Her only brightspot is Jamie, a friend rather than a boyfriend, someone she can hang out with and be herself. Giulio Macaione builds Alice’s life and tensions extremely well, being a both sides of the coin style storyteller. We can understand Alice’s frustrations and the unpleasant day to day existence, and we can equally understand what her parents are going through, downgrading after Alice’s father lost his job, and Macaione’s pacing of Alice’s downward spiral is also well handled. She’s a likeable person going through a hard time, and nothing seems to go right for her. Macaione skirts melodrama with “you wouldn’t understand. Or maybe you just wouldn’t care!”, and some situations are deliberately contrived, such as what happens to Jamie after he makes a discovery, but the appeal remains due to Alice being so sympathetic.

Contributing greatly to Alice’s appeal is that Macaione is an emotionally intuitive artist. School bully Taisha is almost always viewed from below, looking down on people, and Alice herself is the innocent, given larger eyes that anyone else to emphasise this. It’s strange to note that the work for which Macaione is best known in Italy is titled Ofelia, as here in combination with colourist Giulia Adragna there are deliberate echoes of Pre-Raphaelite painter John Evert Millais’ Ophelia. On the cover and inside Marcaione uses the imagery of the woman in the pond surrounded by flowers, yet he’s equally good with less human horror later in the book and the gothic undertones.

What’s nice about the plot is that having introduced several big problems, not all of them are resolved by the end, which would have been too convenient. That possibly applies to the never really explained powers of Alice experiencing other people’s dreams, the curse that becomes a blessing. However, Alice’s story touches a lot of bases, she’s immensely likeable and the art is excellent, so From Dream to Dream is thoroughly recommended for young adults.