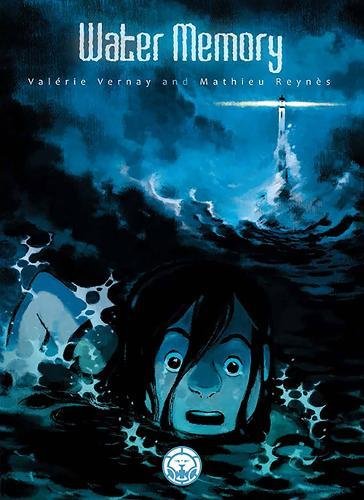 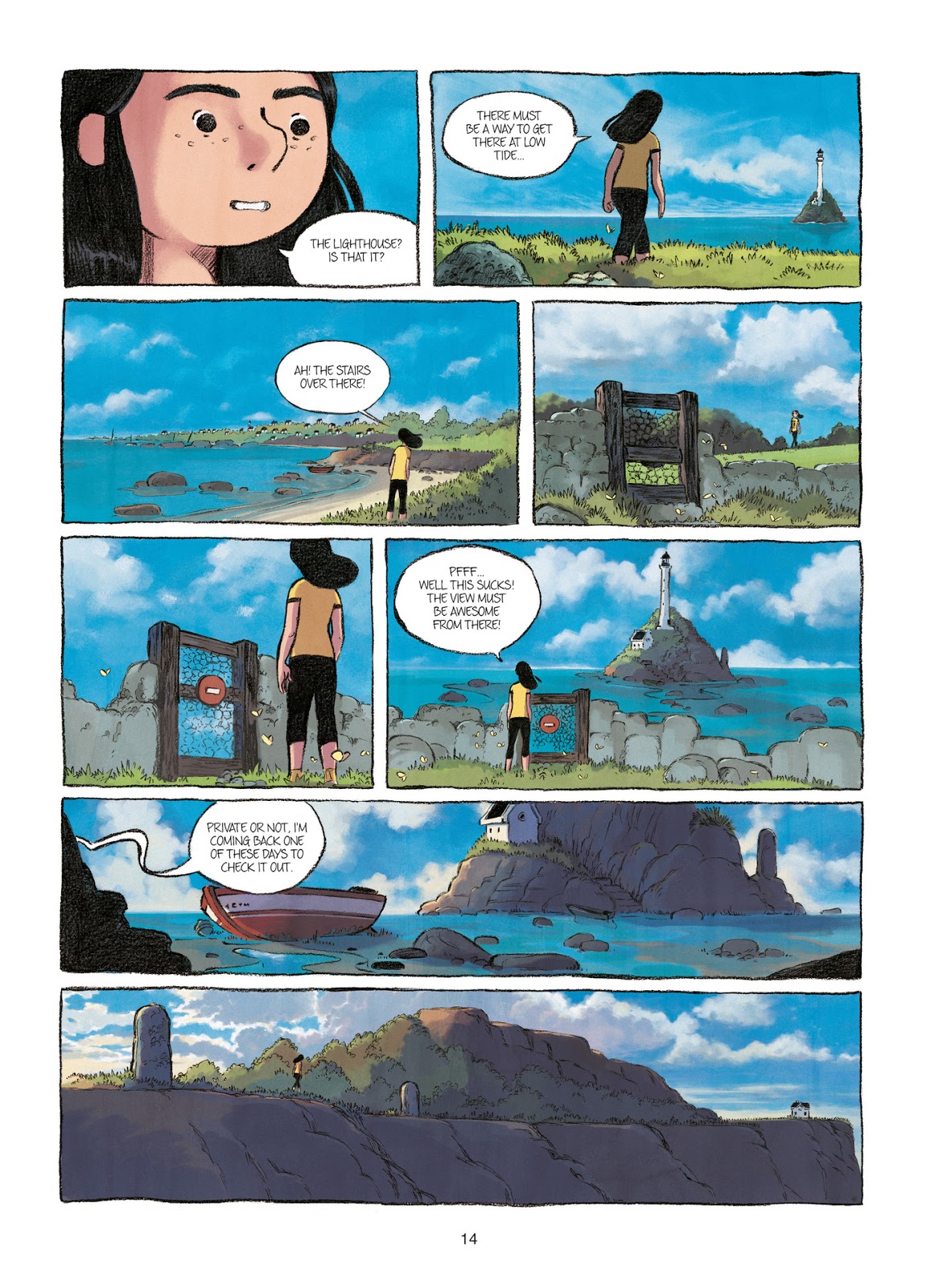 When Marion’s grandmother dies, she and her mother Caroline Floch move from the city to the family home on the French coast. Caroline left this old wooden house when she was a child, and barely remembers it other than the view of the lighthouse across the water. Old enough to be allowed out on her own, yet young enough to still have nightmares, Marion’s keen to explore her new environment, discovering how cold the sea is, even in summer, strange carvings on rocks, and the land of a neighbour keen to maintain their privacy. In a scene very pertinent to 2018, she’s almost trapped in a cave at high tide. Marion’s going to have plenty of time to explore after her mother finds a job at the local restaurant.

Mathieu Reynès and Valérie Vernay introduce their story well, and leisurely, having us get to know Marion as she gets to know her surroundings. The inquisitive nature of the solitary child comes across, and there’s a cultivated pastoral mood, one of life slowing down in the country as Marion wanders around, drawn to where she shouldn’t really go. There’s also a melancholy tone. Fishing villages have always known fatalities, Marion’s grandfather among them.

It’s not until the halfway point that an element of human danger is added to the mysteries of the surroundings, Reynès introducing it via the rumour mill present in all small communities regarding those who keep to themselves. Marion wants to know more about her grandfather, and after a few stories from others begins to put clues together from what she sees around the town.

Vernay’s art captures a sense of place. The brightness attracts, but she’s subtle as well, ensuring we take in the strangeness, if subliminally via shapes in the clouds, the fields and the water. When needed late in the book she displays great cinematic touches of elemental power, and on a quieter level it’s essential we come to know and like Marion, and that’s also ensured.

What begins with innocence and optimism eventually becomes a grim tale entwining centuries old legends with local tragedy, although Water Memory never exceeds young adult levels of fright. It’s a wonderful read until a very abrupt ending, with the surprise just beforehand possibly not the stunner it’s intended as. That shouldn’t put you off an atmospheric treat. A nice package is filled out with pages of Vernay’s sketches and her photo references.