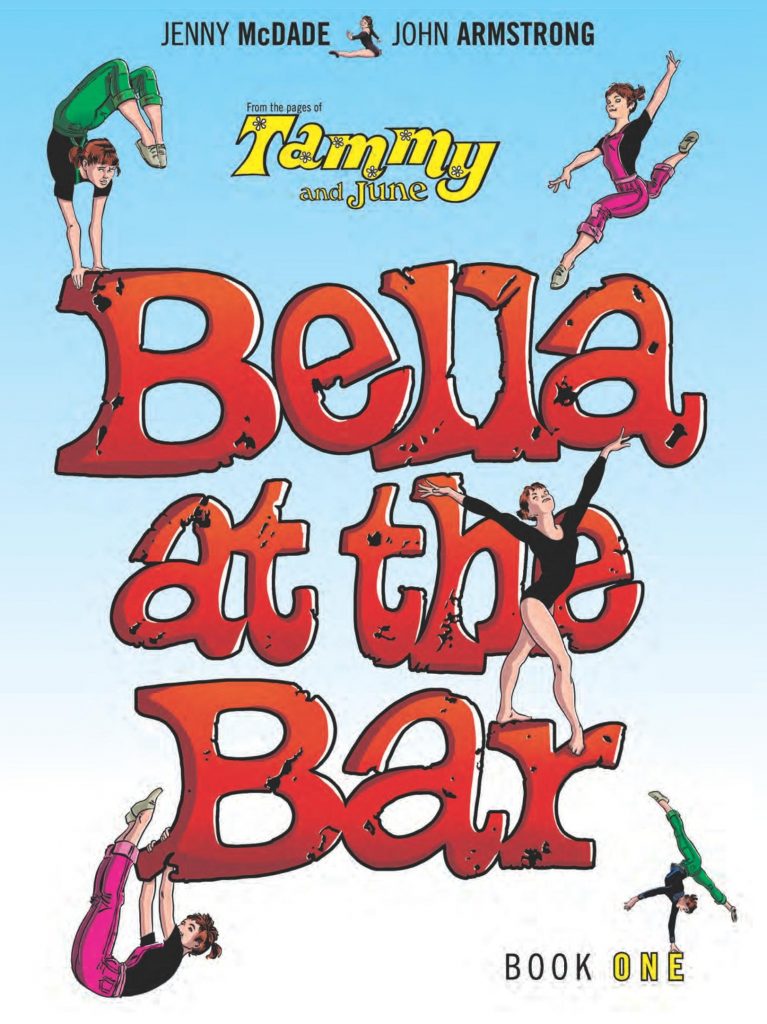 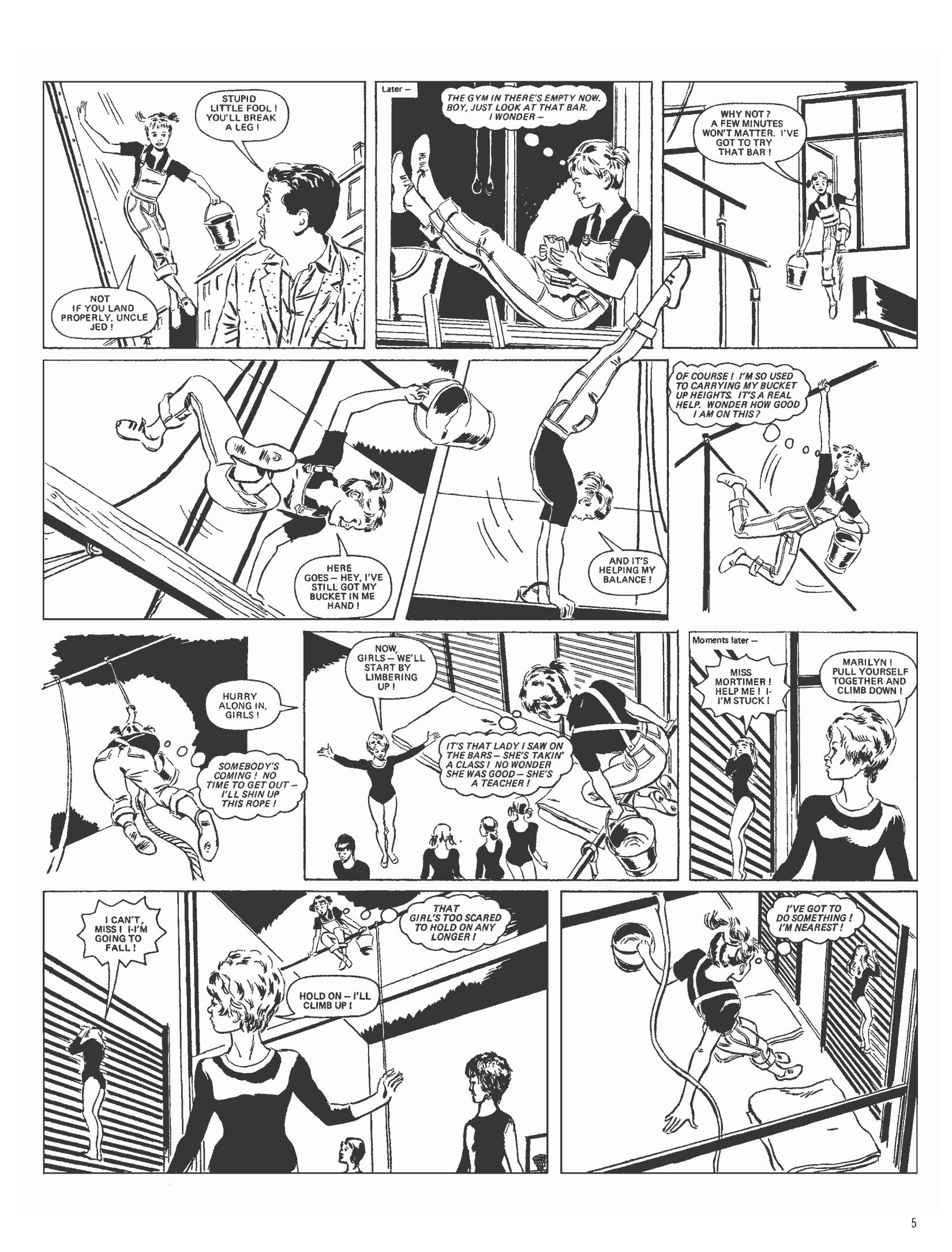 In her introduction, Bella at the Bar, writer Jenny McDade notes that when starting at magazine publisher IPC she’d never considered comics as a career. However, the combination of novice writer, veteran artist and a character who overcame the limitations of her background through grit and talent struck a mighty chord. In the context of the times, the strip was very similar to many others, but the defining element was Bella’s working class background, and consequent striving to discard preconceptions of what she could achieve. It was the same dramatic context that would later be successfully exploited by Billy Elliot’s similar journey to dance.

As was the case for many other young 1970s comic strip protagonists, Bella Barlow was orphaned, living with an idle and occasionally abusive Uncle Jed and Aunt Gert, doing all the household chores and also expected to help out on Jed’s window cleaning round. It’s while doing that she spots a gymnastic class through a window and the story takes off from there. For someone who’d never written a comic previously, McDade learned rapidly, and from the start Bella’s a bright, sympathetic and appealing personality, while the cruelty of Jed and Gert is kept within bounds, and they eventually become scheming, manipulative foils. First rate villains, in fact, who’d be at home in East Enders. Class prejudice and class snobbery are integral components of the melodrama, but they’re not over-played, and they’re contrasted by friendships across the divide. Dramatic moments are fostered from events as simple as Bella not having a leotard, without which she can’t compete in competitions. There are some nice inventive touches also, such as Bella always accompanied by her window cleaning bucket in the early days.

John Armstrong’s art brings Bella alive convincingly, and time spent studying gymnasts really pays off with movement sequences that convey the athleticism of gymnastics wonderfully. Those well versed in the sport may be able to pick faults, but for anyone else Armstrong’s very convincing, although he’s noted the success of the strip made it ever more difficult to avoid repetition.

Bella at the Bar doesn’t entirely swerve melodramatic clichés and unrealistic propositions, but there are more than enough compensating reasons enlightening as to why this was the longest-running British girls’ comic strip of the 1970s. You’d defy anyone to predict Bella’s circumstances as she begins what was her second serialised adventure, and McCabe works her way out of it very neatly, correctly identifying her new surroundings moved Bella far closer to traditional girls’ comic stories. It’s not something that’s discarded, however, and the events of the early episodes inform the strips for the remainder of the book, adding effective problems to the obstacles Bella already faces.

Optimistic and resourceful, Bella is a beacon of positive energy, and her stories are crafted well enough that they still entertain over forty years after their original publication. This is prominently labelled as ‘Book One’. Let’s hope more follow.