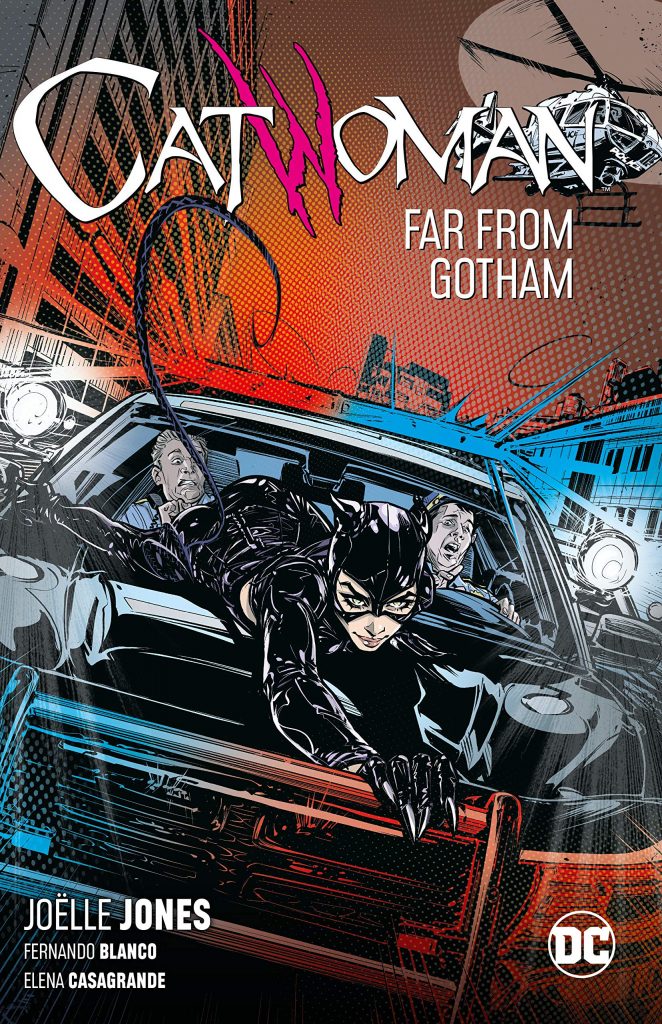 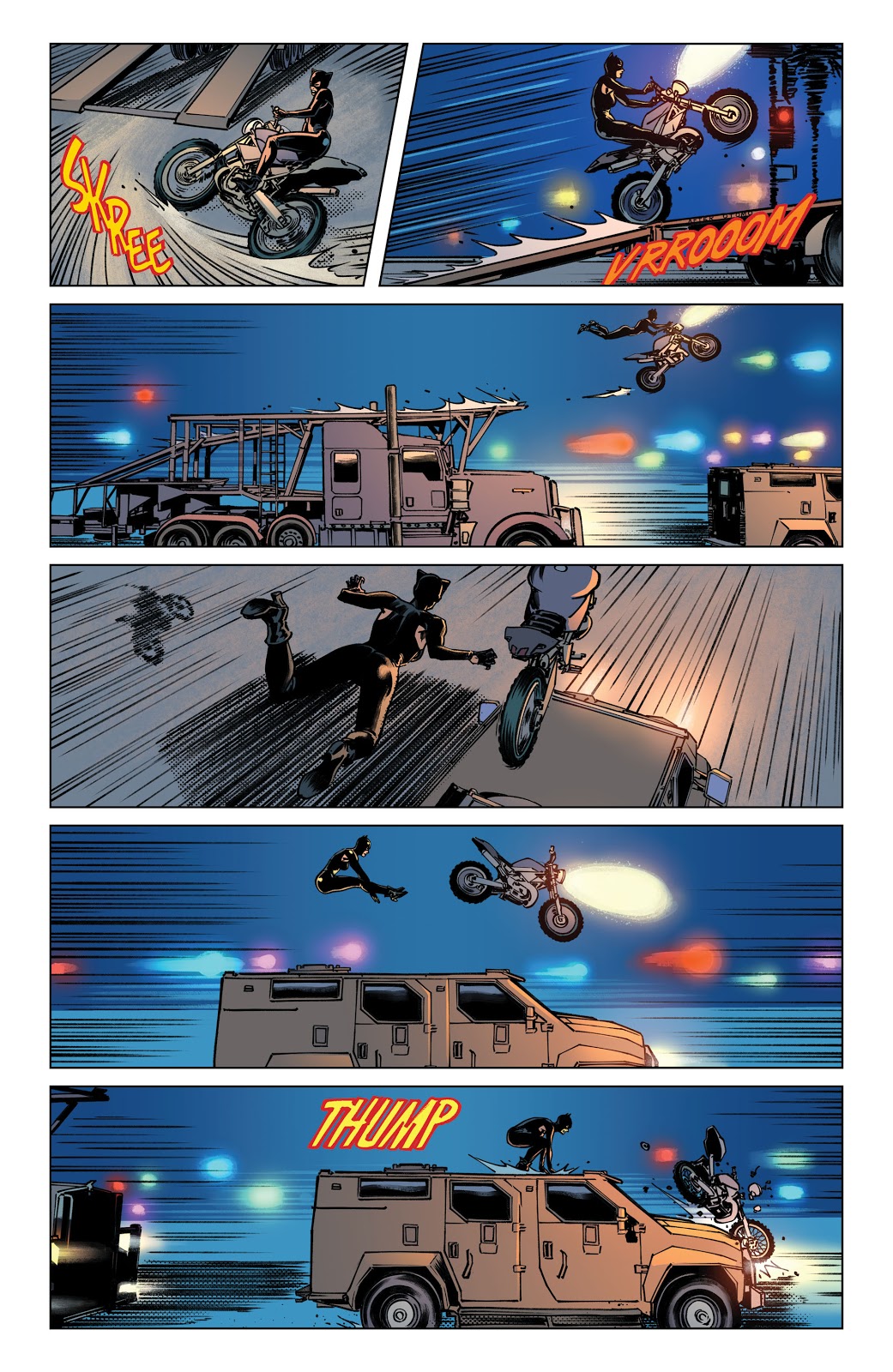 Catwoman has relocated to the corrupt Californian city of Villa Hermosa, and although she’s not been there long, has already managed to make one especially demented enemy. As seen in Copycats, the elderly Creel family matriarch is in a pretty poor state these days, and for someone with no compunctions about killing others, she’s exceptionally keen to prolong her own life, a process that’s taken its toll. She’s now discovered a new method of doing so, but Catwoman and the Penguin are also keen on acquiring the relevant object.

Joëlle Jones steps back from the artwork (with the exception of a three page sequence), but continues to plot what remains a stylish noir crime drama. She supplies neat parallels, such as commentary for a red carpet film premiere accompanying Catwoman’s own stunt effects, and there are plenty of those, as the police are very proactive when it comes to her activities. Jones reinforces the Penguin as a threat in person, after too many years of him ordering others to carry out his dirty work, and supplies a clever plot revealed in small increments over several chapters before everything falls into place. A little too much cutting between scenes marrs the start of the main story’s final chapter (although it’s not final as it’s continued in Friend or Foe?), and there are times when characters are included just to remind us they’re there, but it’s once again a neat story featuring a very capable threat.

Fernando Blanco (sample art) drew all pages of Copycats not handled by Jones, and repeats the polished and detailed performance. He supplies the bulk of the art, concentrating on the Catwoman scenes, while other artists handle the sequences dealing with the Creel family, most frequently Hugo Petrus, who has an attractive, but slightly stiffer approach.

Far From Gotham closes with two standalone pieces. A forty page story looks back to when Catwoman first resettled in Villa Hermosa, pre-dating the events of Copycats. Jones reveals events through the eyes of several different people, some of them being filmed as they tell their side of things. It reinforces the caring aspect of Catwoman, her wanting to help those unable to help themselves, but despite the window dressing it’s ultimately slight. Better is the standalone tale from Ram V and John Timms in which Selina deals with the person through whom all stolen goods pass in Villa Hermosa. Timms is more stylised than the main feature’s art, but very good on what’s a satisfying caper story well told, and Ram V impressed enough to earn the gig writing Catwoman after Jones.